Michelle Williams and Emma Watson bring activists to the award show, while the likes of Meryl Streep, Emma Stone, Jessica Chastain and Octavia Spencer make a statement by wearing black.

AceShowbiz - In light of sexual misconduct allegations in Hollywood, stars turned the red carpet of the 75th Golden Globe Awards into a sea of black. Mixing glamor with making social statement, Angelina Jolie, Kerry Washington and more managed to still look stunning in their black dresses.

Jolie oozed classic beauty in a long gown with sheer, see-through top that was accentuated with feathers at the sleeves. Arranging her hair in a simple updo, she added diamond jewelry. The 42-year-old actress/director took her son Pax, 14, to the event. 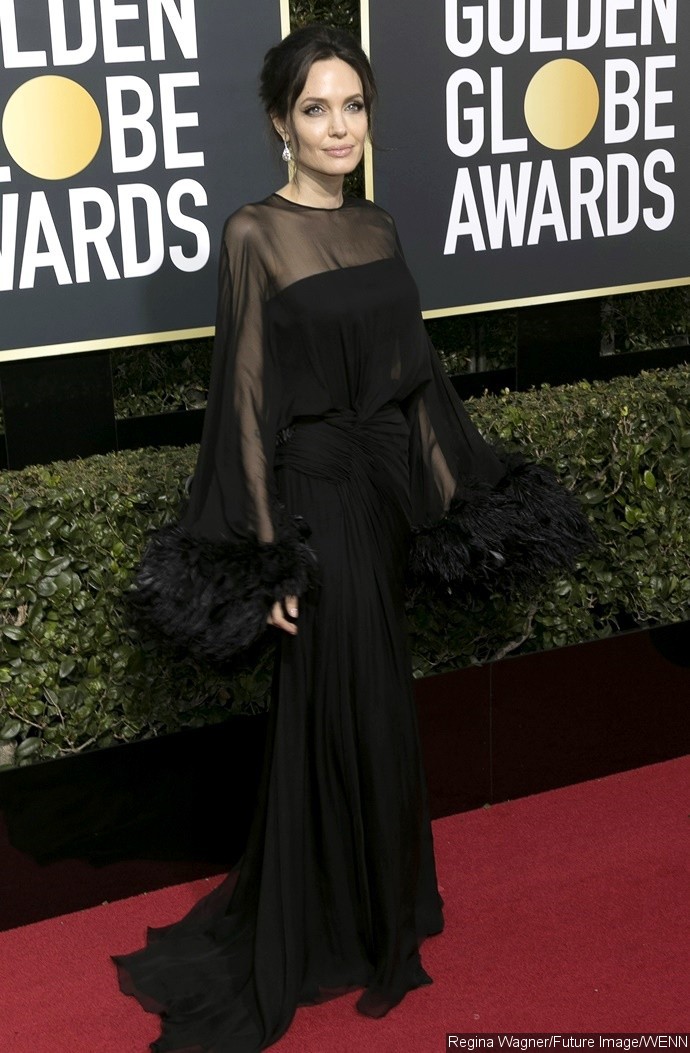 Washington shone in her sparkling black dress with a thigh-high slit that showed off her leg. Her sequin dress, which was designed by Prabal Gurung, was hand-embroidered with a raw edge silk chiffon detail. The "Scandal" star arranged her hair in loose waves. 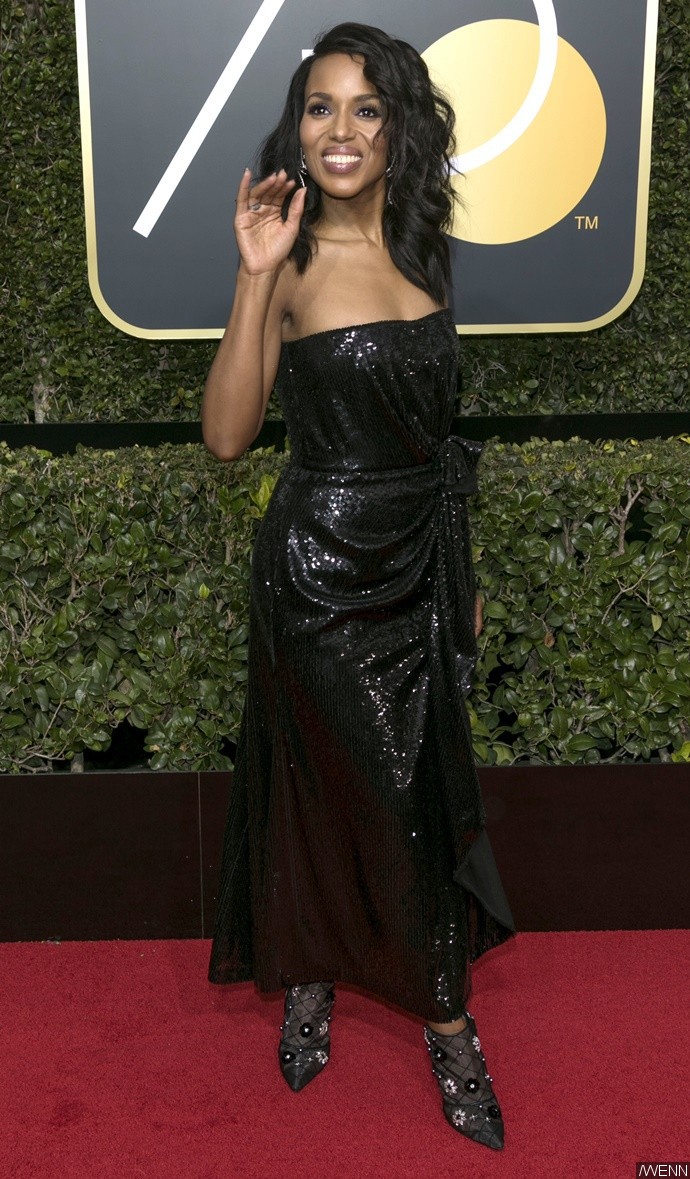 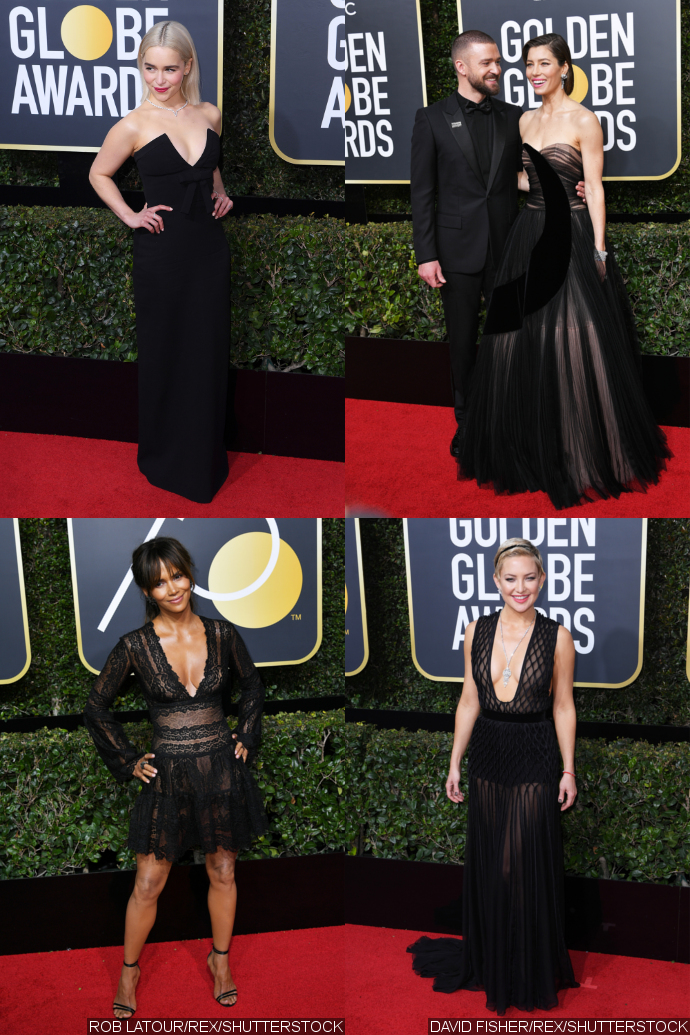 Catherine Zeta-Jones, Kate Hudson and Halle Berry brought sexiness to the red carpet. Wearing a sheer black lace, Zeta-Jones said, "The dress code didn't say anything about not looking our best." Hudson and Berry also showed some skin in their dresses with very plunging necklines, with the latter opting for a short number. 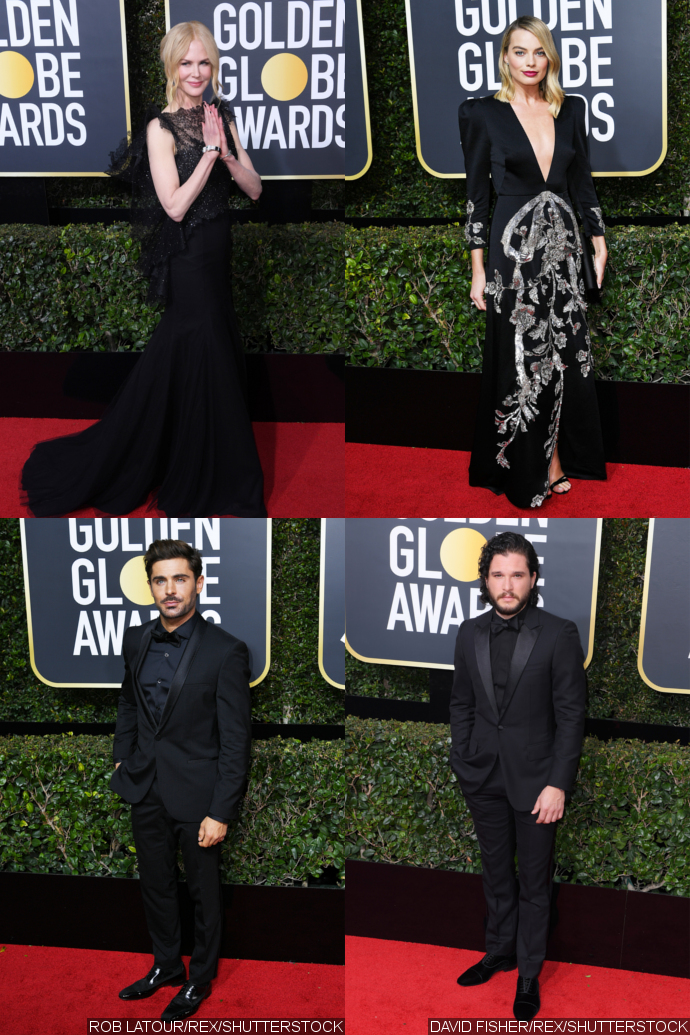 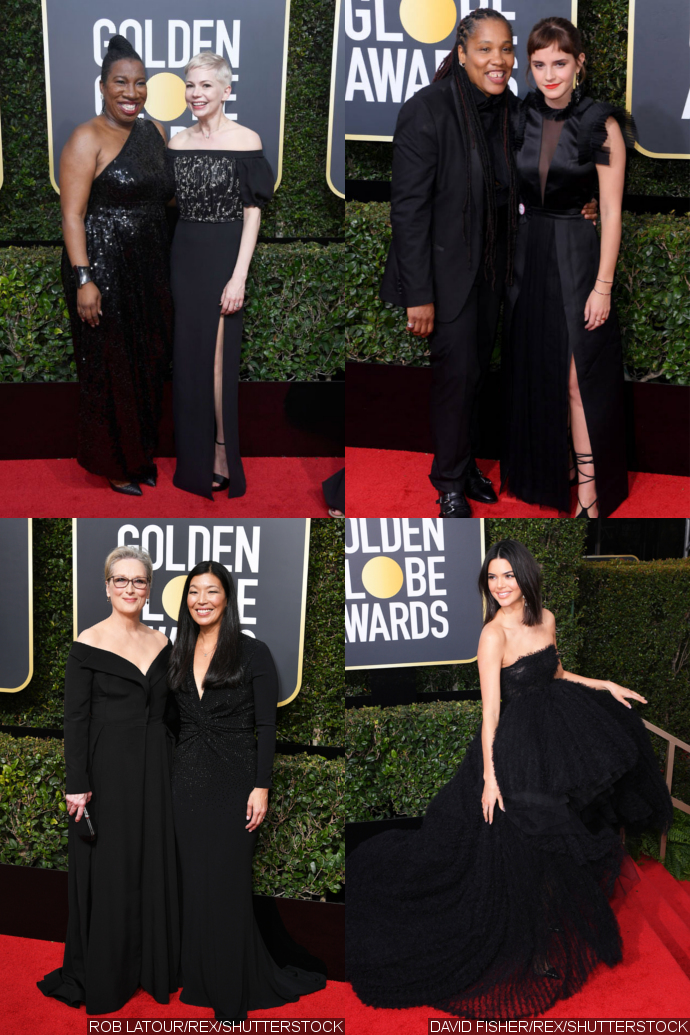 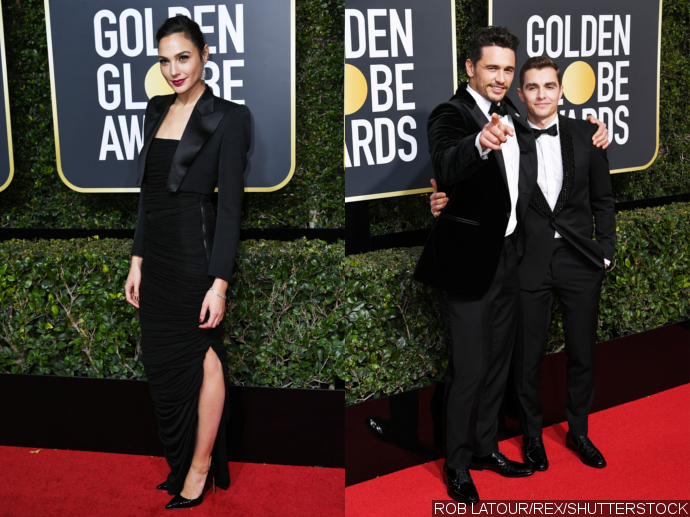 .@alisonbrie, @caitrionambalfe, & Allison Williams are looking stunning as they arrive on the #GoldenGlobes Red Carpet! pic.twitter.com/OKB1WvDUen