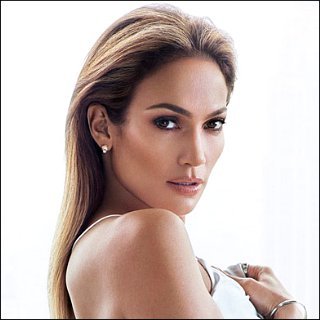 Jennifer Lynn Lopez a.k.a. %cJennifer Lopez%, born on July 24, 1970 in the Soundview section of Bronx, New York City, New York, is known for being an Puerto Rican-American actress, singer, designer, dancer and fashion icon. She was born to David Lopez, a computer specialist at Guardian Insurance in NYC, and Guadalupe who used to teach kindergarten in Westchester County, New York. J. Lo, that's how people call her, is the middle of three daughters. Her elder sister, Leslie is a housewife and opera singer, and her younger sister Lynda is a DJ on New York's WKTU, a VH1 VJ and a morning news show correspondent on New York's Channel 11.

Before attending a formal education institute, 5-year-old she took singing and dancing lessons and spent her following eight years at an all-girls Catholic high school named Holy Family, located in the Bronx. After that, she studied at Preston High School for four years long, where she was popular as an amazing athlete actively participating in track, field and tennis. Her friends there called her "La Guitarra" because of her guitar-curved body.

Right after she graduated from high school at age 18 J.Lo moved out from her parent's home and worked at a law firm while taking dancing jobs at night. J.Lo's breakthrough came in 1990 when she was offered a job as a fly girl on Fox's hit comedy "In Living Color." In the next two years, she went on to dance for the famous singer and actress %cJanet Jackson%.

Starting her acting career early in the 1990s playing in such movies as "Mi Familia", "Money Train" (1995), and "U-Turn" (1997), Lopez was known for the role she played in %cGregory Nava%'s film entitled "My Family" (1995) and for the role of Selena Quintanilla in the movie "Selena" (1997). The latter pic is a biographical depiction of the life and career of Tejano singer %cSelena Quintanilla Perez%, whose burgeoning career was cut short when she was murdered at the age of 23.

Not only Lopez was good at acting, but singing as well. Enjoying a variety of music genres, she focused her music mostly on pop and was inspired by the local "6" train she took from the Castle Hill section of the Bronx where she grew up to get to her auditions in Manhattan to name her 1st album released in 1999 "On the 6." This album includes Spanish language, Latin-flavored duet "No me ames" with %cMarc Anthony% which became very booming. The set's first single "If You Had My Love" was #1 for more than 9 weeks.

Later in the fall of 1999, Lopez released the album's second American single, "Waiting for Tonight". Neear the end of 2000, Lopez released "Love Don't Cost a Thing", her first single from her second album, "J.Lo", which soon rocketed to the top of 2001 charts. This album's two other singles, "I'm Real" and "Ain't It Funny", had favorably become the singer's biggest-ever hits. Both spendt many weeks on top of the Billboard charts, making Lopez's 2nd album nine times platinum.

In mid-2002 Lopez released a remix album called "J to Tha L-O!: The Remixes" which includes popular rap remixes of "I'm Real", "I'm Gonna Be Alright", "Ain't It Funny" and the dance remix of "Waiting for Tonight". Also included in this album was Lopez's new ballad song called "Alive" that was the soundtrack of her movie, "Enough". Moreover, in the fall the same year the already famous Lopez released "This Is Me... Then" that featured hits including "Jenny From the Block", "All I Have" and "I'm Glad".

Later on, she worked on "Baby I Love You", the fourth single of her remix album that becomes the musical theme for "Gigli", before releasing the fifth single "The One." One year later, on November 18, 2003, Lopez produced her fifth album, "Real Me", which includes a DVD featuring all her music videos from her first video "If You Had My Love" to her last one "Baby I Love You."

So in love with fashion and beauty stuff, Lopez, without ignoring her music career, launched her "Glow" perfume which rocked the perfume industry during 2001 by being number 1 perfume in more than 9 countries for more than 4 months. Furthermore, her passion for fashion has also led her to launch her own clothing line, dubbed "J.Lo By Jennifer Lopez", which, like her perfume, has also become successful on the industry market. Motivated by this success, Lopez once planned to launch a jewelry line, hats, gloves, a scarves line and even launched her "Sweetface" new clothing line that hit November 2003 stores.

Iin October the same year, this multitalented female introduced her second perfume called "Still" which, in fact, still overwhelmed industry market along with her other merchandises that include clothing for men and a cologne line for men released in winter 2004.

Being named as the Highest Paid Latina Actress in Hollywood during the year of 2003 and making it to the 2004 Fortune list of the Wealthiest Entertainers Under the Age of 40 with more than $255 million wealth were two of the many achievements Lopez has gained during her entire career. Some other appreciation and/or awards Lopez has received, for example are being #1 for 3 years in a row in the FHM list of the 100 Sexiest Females in the World (2001, 2002, 2003); chosen by "People" magazine as one of the 50 Most Beautiful People in the World [1997]; named one of E!'s top 20 Entertainers of 2001.

Despite all the popularity and success, Lopez had a bad experience in romance. She married and then split for several times. She first married to dancer %cOjani Noa% on February 22, 1997 but divorced him on January 1, 1998; and in 1999 she dated musician %cP. Diddy%, but both split in 2001. After that she met %cCris Judd%, a dancer and choreographer, while filming the music video for her single "Love Don't Cost a Thing".

They married on September 29, 2001 in a small ceremony with about 170 guests at a home in a Los Angeles suburb, but in October 2002 Lopez turned her head away from him and got engaged to %cBen Affleck% before she formally split from Judd on January 26, 2003. After their two year relationship, that was on January 20, 2004 Lopez announced she ended her engagement to Affleck. In 2004, Lopez secretly married Anthony but they finalized their divorce in 2014.

On February 12, 2005, Lopez introduced her hot new line "Sweetface", which presented breathtaking denim shorts and pants, luxurious cashmere sweaters, sexy baby doll tops, satin, crystals and lots of fur. Besides, the line also offered some more glamorous looks included crystal-studded skullcaps, silk chiffon jumpsuits, and a hooded floor-length fur cape, all which are in white. During the show, J.Lo also introduced her third fragrance called "Miami Glow by JLo" which is inspired by the nation's hottest city. The next day, Lopez and Anthony livened up the Grammy Awards show, aired live from the Staples Center in Los Angeles on CBS, by singing their first duet.

Fortuitously, Lopez on February 16, 2005, stated her ears were clogged that doctor told her not to fly. It prompted her to cancel her European tour held to support her upcoming album release "Rebirth" and film "Shall We Dance?" where she plays alongside %cRichard Gere% and %cSusan Sarandon%. Feeling much better after the ear clogged, this multitalented celebrity affirmed she would re-unite with her "Selena" director, Gregory Nava, to play a journalist in her next movie "Bordertown" (2006).

In the movie, which production is set to begin in New Mexico and Mexico on April 30, 2005, the Latin beauty will play a reporter who investigates a series of murders near American-owned factories on the border of Juarez, Mexico and El Paso, Texas.

Adding more film projects to her resume, J.Lo teamed up with Oscar winner %cMorgan Freeman% for %cRobert Redford%'s film "An Unfinished Life" (2005), focusing on a slow meditation on grudges and forgiveness with a grizzly bear and an 11-year-old girl thrown in to stir things up, and followed it up with a biopic of one the biggest Spanish-language singers in the 1970s %cHector Lavoe% titled "El Cantante" (2006), starring in alongside husband Anthony.

Subsequent to both movies, Lopez next was booked to topline New Line Cinema comedy flick "Bridge and Tunnel" (2006), playing a stock trader who relies on a suburban teen who day-trades on his home PC. Amid her hectic filming schedules, Lopez still had more projects to finish, producing MTV series "Moves," a dance-based reality show revolving around six amateur dancers trying to make it into showbiz.. She also had herself involved in FX's half-hour project "Echo Park", a comedic look at the world of yuppie, Latino and hipster cultures within Los Angeles' Echo Park neighborhood.

Lopez marked the comeback in music scene with her first all-Spanish album titled "Como Ama Una Mujer". Unfortunately, the record that was released on March 27, 2007 only peaked at #10 in Billboard Hot 200, the lowest chart position of all her albums. In U.S. Top Latin Album chart, on the other hand, it enjoyed 7 straight weeks in the very top position. As a result, "Como Ama Una Mujer" became the largest selling Spanish debut album of all time in that year. While the anticipation on this album was still going on, Lopez announced a September release of her next album "Brave" which would be made in English again.

Like most pop singers at that time, Lopez preferred to get this album done in Hip-Hop, R&B and Funk with the experts. Her choice was %cSwizz Beatz%, one of the hottest producers in town beside %cTimbaland% and Scott Storch. Two singles "Hold It Don't Drop It" and "Do It Well" were pulled to give early impact. To support this album, she embarked on her first massive tour with husband Anthony.

In the year 2008, Lopez took a break from Hollywood to concentrate on motherhood. She gave birth to twins, Max and Emme in February that year and was paid $6 million to debut their pictures on People magazine's cover. She continued the work on her seventh studio album "Love?" which was kick-started during her pregnancy in 2007. "Louboutins", first single from the album, failed miserably on charts despite her performance at 2009 American Music Awards. Due to the weak response, Lopez and Epic Records parted ways in late February 2010.

Two months later, Lopez signed up with Def Jam Recordings and worked on new materials for "Love?". Then in June 2010, she was in talks to join the judging panel of "American Idol" following %cEllen DeGeneres%' departure. She confirmed the deal and began her task later that year. The singing competition show was also a platform for promotional efforts of her new single "On the Floor" featuring %cPitbull%. Thanks to "Idol", it became her first top ten on the chart since "All I Have" in 2003.

In 2013, she began working on a new album to follow up "Love?". Initially planned to be released later that year, the album titled "A.K.A." finally arrived in June 2014. Preceded by singles "First Love", %cFrench Montana%-assisted "I Luh Ya Papi" and promo songs "Girls" and "Same Girl", the record debuted and peaked at No. 8 on Billboard 200. In addition to the tracks, the album spawned "Booty" featuring longtime collaborator Pitbull. During the 2014 MTV Video Music Awards, Lopez announced she teamed up with %cIggy Azalea%, the hottest female rapper at that time thanks in large part to the success of her "Fancy" single, for the remix of the song. The steamy music video for the song arrived in September and helped the song reach the top slot in multiple charts.