Most Anticipated Movie Adaptations of 2017

Action and superhero movies such as 'Logan' and 'Guardians of the Galaxy Vol. 2' as well as live-action adaptation of manga 'Ghost in the Shell' are included in the list.

AceShowbiz - Cinemas are going to be flooded with movie adaptations in 2017. As DC and Marvel continue their competition by bringing more superheroes to the big screen, manga, novels and classic tales alike provide material for new feature films. With the best sources and perfect formulas, these potential blockbusters have generated a lot of buzz, months before they're due to arrive.

Offering a preview to some of these titles, AceShowbiz presents the list of Most Anticipated Movie Adaptations of 2017. Dominating the list are action and superhero movies like "Logan", "Guardians of the Galaxy Vol. 2", "Spider-Man: Homecoming" and "Wonder Woman". There are also animated comedy "The Lego Batman Movie", thriller "It" based on Stephen King's novels and musical fantasy pic "Beauty and the Beast" that offer wider selection for moviegoers.

You don't want to miss %cHugh Jackman%'s last appearance as Wolverine in "Logan". Unlike the previous two films, which were targeted for teens and young adults, the new and last sequel is rated R as director James Mangold aims to make the movie a more adult affair with its "strong brutal violence and pervasive language." Plot details are still kept under wraps, but it's been widely believed that the story is based on "Old Man Logan" comic book, which means Logan will be depicted as an older guy whose "abilities aren't what they once were." It's set in the future of 2024 when mutant-kind's numbers have been dwindling and young mutants are turned into weapons. With %cPatrick Stewart%'s Professor X also becoming much older, Logan needs the help of his female clone mutant Laura Kinney/X-23 (%cDafne Keen%) to protect his only family from %cBoyd Holbrook%'s Donald Pierce, the leader of the criminal cyborg The Reavers.

GHOST IN THE SHELL

Good news for manga series fans is here, as the highly-anticipated movie adaptation "Ghost in the Shell" is hitting theaters in the spring. Starring highest-grossing actress %cScarlett Johansson%, this live-action movie recreates the iconic animated series as an international retelling with a global cast. Despite some serious backlash over its apparent whitewashing of the beloved Japanese character, commenters are raving about the faithful take following the release of the first trailer as well as the visually-stunning setting. Anime director Mamoru Oshii even praised Johansson's portrayal of the Major, a special ops, one-of-a-kind human-cyborg hybrid who leads an elite task force known as Section 9. Once he saw her in action, Oshii said that she went "above and beyond my expectations."

GUARDIANS OF THE GALAXY VOL. 2

"Guardians of the Galaxy" became a critical and commercial success back in 2014 with its humor, action and visual effects among others. This year, the cosmic superheroes are back with more allies in "Guardians of the Galaxy Vol. 2", as Yondu Udonta (%cMichael Rooker%), Nebula (%cKaren Gillan%) and a fresh face, Mantis (%cPom Klementieff%), become new members of the Guardians. Not only following %cChris Pratt%'s Peter Quill/Star Lord and co. in their new adventures, but also the movie is giving more highlight on the family element as Star Lord unravels the mystery of his parentage. Director James Gunn has also promised to give the female characters a chance to shine, by exploring the sisterhood of Gamora (%cZoe Saldana%) and Nebula.

The wall-crawler is getting his own movie franchise for the third time in 15 years as Marvel is handling the production of Sony's Brooklyn-based superhero. Following the lukewarm response to the two "The Amazing Spider-Man" movies starring %cAndrew Garfield%, Sony threw their ego away and turned their head to Marvel. The latter studio tries to create a Spider-Man movie they see fit into their Marvel Cinematic Universe, already introducing the new Spidey in "Captain America: Civil War with %cTom Holland% taking on the role. In the upcoming solo film, the younger version of Peter Parker is facing his daily problem as a teenager while at the same time trying to prove what he's capable of as a superhero by facing off against the big bad, Vulture, portrayed by %cMichael Keaton%. Endowed with a great ability at a young age, Holland's Peter is no more wiser than the previous two older versions, but thankfully Tony Stark (%cRobert Downey Jr.%) is here to give him guidance, or at least an upgraded suit.

In the last stand-alone movie for the hammer-wielder titled "Thor: Ragnarok", %cChris Hemsworth% returns as the titular armored superhero who has to save his homeworld of Asgard from the ragnarok, which is Norse mythology for apocalypse. You can see more of Thor and Loki's (%cTom Hiddleston%) love-hate relationship as the two must team up to find their father, %cAnthony Hopkins%' Odin, whose fate was left in mystery in 2013's "Thor: The Dark World". Suffering the same fate as Thor who was sidelined in "Captain America: Civil War", %cMark Ruffalo%'s Bruce Banner a.k.a. Hulk is also back in action with the God of Thunder in the third "Thor" movie, making it merrier than ever before.

"Wonder Woman" will prove that DC Movie Universe is not dead just yet following the critically-panned "Man of Steel" and "Batman v Superman: Dawn of Justice". Being the first live-action movie about the legendary comic book character, it's expected to play major role in establishing the expanding DCEU, with Patty Jenkins, whose credits include Oscar-winning movie "Monster", serving behind the lens. Fans and critics already went crazy when the first trailer was premiered at this year's San Diego Comic Con, revving up anticipation even further. %cGal Gadot% portrays the Amazonian princess and she already earned praises following her debut as the superheroine in "Batman v Superman" despite critics claiming she lacked the right "look."

BEAUTY AND THE BEAST

The next Disney live-action remake after "Cinderella", "Beauty and the Beast (2017)" follows in the footsteps of its original by being a musical. To keep it fresh, though, it tweaks several things here and there, including Belle's backstory in which she's depicted as an inventor instead of her father. It will also include a new character, Cadenza the grand piano who is portrayed by %cStanley Tucci%, as well as feature new songs from Oscar-winning composer Alan Menken. Boasting an impressive cast consisting of %cEmma Watson%, %cDan Stevens% and %cLuke Evans% as well as acting veterans like %cKevin Kline%, %cEmma Thompson% and %cIan McKellen%, this movie is undoubtedly worth every cent spent on tickets.

The long road to an adaptation of Stephen King's "The Dark Tower" began in 2007 and is finally materialized at Sony Pictures Entertainment with Nikolaj Arcel as director. Dubbed more of a new take instead of a typical adaptation, it's confirmed to serve as the sequel to the novel series, as it features the Horn of Eld which is related to a scene from the end of the final book. Not wasting all the efforts put to bring the story to the big screen, Arcel cast two of the best living actors for the main roles, with %cIdris Elba% playing the Gunslinger, who roams the Old West-like landscape in search of the dark tower, and %cMatthew McConaughey% as the antagonist Man in Black, an ageless sorcerer who also seeks to reach the titular tower in an attempt to rule over its seemingly infinite kingdoms.

Another highly-anticipated movie adaptation of Stephen King's classic novel is also heading to theaters in the coming year. Based on King's gigantic tome, "It" centers on a group of seven friends called The Losers' Club who set off on a quest to destroy an ancient shape-shifting evil that primarily appears in the form of a clown known as Pennywise. Pitched for an R-rating, "Mama" director Andy Muschetti's theatrical retake on the supernatural horror tale represents a more faithful recreation of one of King's greatest literary works. The titular clown is portrayed by %cBill Skarsgard%, whose physical build is perfect for the role. "He's really tall and lanky, and feels a little clown like in his movement," said producer Dan Lin.

One of the most popular characters from "he Lego Movie" is getting his own spin-off movie. While %cBen Affleck%'s Batman is busy teaming up with Wonder Woman, The Flash and Aquaman in "Justice League", %cWill Arnett% returns to voice the Caped Crusader in "The Lego Batman Movie". The computer-animated movie follows the Gotham City hero who sulks in his Batcave while his disappointed butler, Alfred (%cRalph Fiennes%), tries to get him to take a greater interest in his adopted son, Robin (%cMichael Cera%). Despite being darker and edgier than "The Lego Movie", the spin-off still has humor as shown in the trailer.

Ten Most Shocking Events of 2016 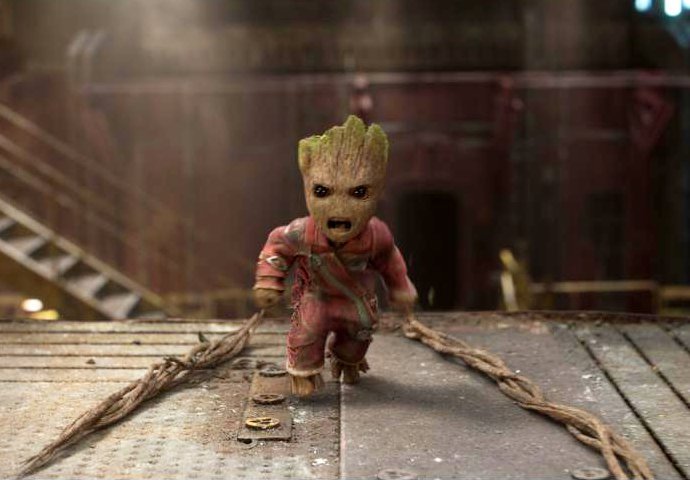 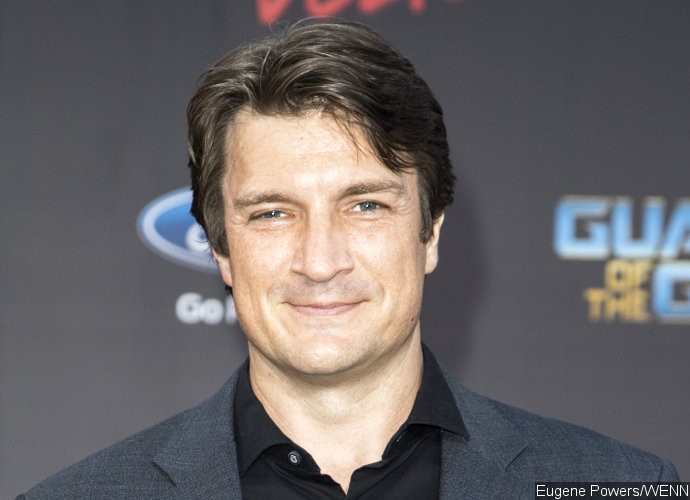 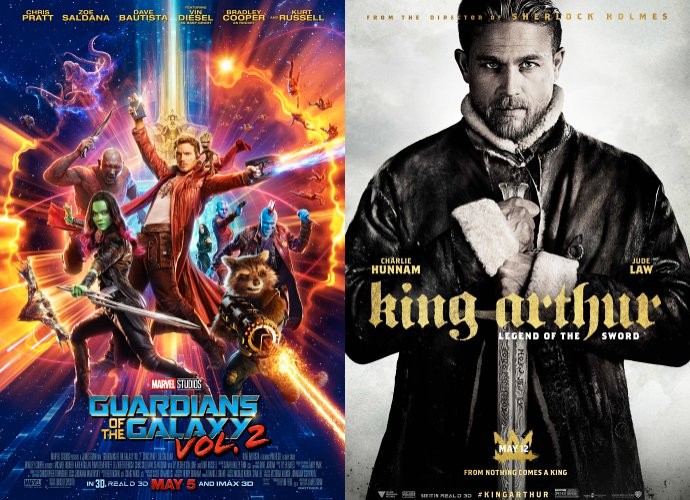 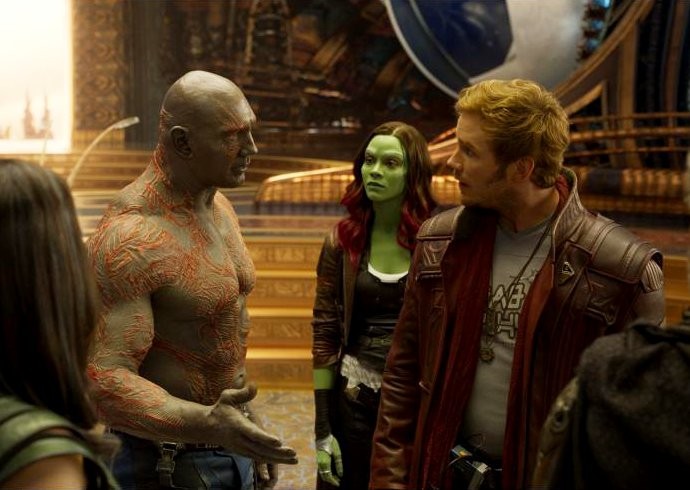 Classic Walkman Is Selling for Hundreds of Pounds on eBay, Thanks to 'Guardians of the Galaxy' 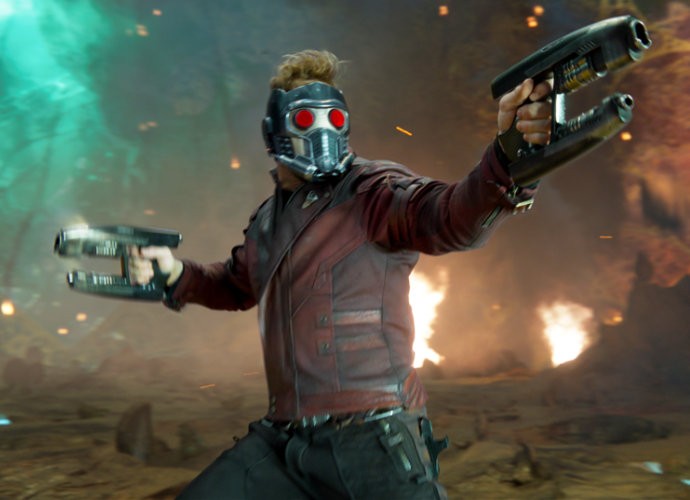