Tribeca Film Festival Announces the Rest of This Year's Lineup

Arnold Schwarzenegger-starring film 'Maggie', William Monahan's 'Mojave', 'Anesthesisa', as well as Kevin Kerslake's documentary about the late DJ AM were among the line-ups.

AceShowbiz - The rest of the films lined up for this year's annual Tribeca Film Festival have just been announced. In addition to the previously announced World Narrative, Documentary Competition, and Viewpoints categories, the new announcement made covered films that will compete in the categories of Spotlight, Midnight, Special Screenings, and Work in Progress. Among a number of features making the list were Arnold Schwarzenegger-starring film Maggie", William Monahan's "Mojave", "Anesthesia", as well as Kevin Kerslake's documentary about the late DJ AM.

The 2015 Tribeca Film Festival will be kicked off beginning from April 15 to 26 at venues across downtown Manhattan. The event is set to be opened with the "Saturday Night Live" documentary "Live From New York!" and will include free screenings on April 24, as part of AT&T's "Film for All" Friday.

It has been reported before that advanced ticket packages and passes have been available for purchase on the Tribeca official site for American Express Card Members. Public in general could start purchasing tickets to the event next Monday, March 9. 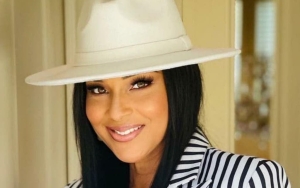