In the new episode of the long-running singing competition show, the Top 14 perform their best before judges in hopes of winning America's vote as only 11 of them will be advancing to the next round.

AceShowbiz - The remaining singers in season 20 of "American Idol" returned to the stage in a new episode of the popular show. In the new outing, which aired on Sunday, April 24, the Top 14 performed their best before judges in hopes of winning America's vote and joining the Top 11 to the next round.

Singing first tonight was Jay, who performed "Just the Way You Are" by Bruno Mars. Judge Lionel Richie thought that this was the first time Jay sang a song he should be singing. Katy Perry agreed, noting that it was a perfect song choice with Luke Bryan praising his vocals. HunterGirl followed it up with a performance of "Baby Girl" by Sugarland. Katy believed that America wanted HunterGirl to win this season. Luke loved her choice of song, while Lionel said that HunterGirl looked and sounded like money.

Later, Christian Guardino hit the stage to sing "Take Me to Church" by Hozier. Luke said that Christian's voice was always solid. Lionel loved that Christian mastered the dynamics of a song. As for Katy, she called the performance "spirited." Up next was Dan Marshall, who opted to sing "She's Got it All" by Kenny Chesney. Lionel and Katy were totally impressed by the performance. Luke gushed over his song choice, though he pointed out that Dan struggled on some notes.

The next performer was Leah Marlene, who sang "Happy Together" by The Turtles. Lionel gushed over her, saying that Leah was becoming into her own artist. Later, Fritz Hager took the stage to sing "Let it Go" by James Bay. Luke called Fritz "an artist," while Katy said, "I can't play favorites, but you can see it in my eye."

Singing "Whataya Want from Me" by Adam Lambert was Tristen Gressett. The judges loved the performance as Lionel dubbed it "fabulous." Tristen also received a special message from Adam himself which made him emotional. As for Lady K, she chose to sing Fantasia Barrino's coronation song, "I Believe". She looked and sounded stunning to the point Katy called her "elegance personified." Luke said that Lady K was an "evolution," while Lionel dubbed it her best performance to date.

Allegra Miles opted to sing "Ocean Eyes" by Billie Eilish for the night. Luke loved it as saying, "That is why we saved you!" Calling Allegra an "incredibly talented" singer, Katy shared that she hoped America would not make the same mistake again. Performing "Sign of the Times" by Harry Styles was Ava Maybee. Katy revealed that people had been texting her to gush over how cool Ava is.

Mike Parker also earned praises after singing "Hurricane" by Luke Combs. Luke said that Mike's performance convinced him that he's a fighter. Lionel said that Mike "killed it." Emyrson Flora, meanwhile, hoped to stay in the competition with a performance of Olivia Rodrigo's "Driver License". Luke claimed that it was a "great song choice," while Lionel noted that he loved the cry in her voice and called her "believable."

The next singer to perform was Noah Thompson as he sang "Stand by Me" by Ben E. King. He initially picked "Nobody to Blame" by Chris Stapleton, but mentor Gabby Barrett suggested him to change it because she didn't feel like he was connecting to it. Lionel reminded Noah to pick songs that he feels. Meanwhile, Luke said that song choice didn't really matter because Noah's voice is so unique. Rounding out the night was Nicolina, who sang "Hallelujah" by Jeff Buckley.

Adam Lambert Claims His 'American Idol' Snub Is Due to Homophobia 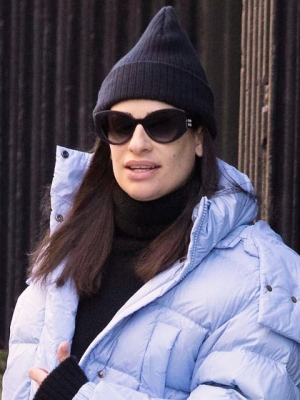