AceShowbiz - The biggest night for British music took place on Wednesday evening, February 21. Held at the 02 Arena in London, England, the event attracted international stars from music, acting as well as fashion industries. Among those stealing the spotlight were Rita Ora, Camila Cabello and Hailey Baldwin.

Ora turned heads in an eye-catching strapless furry white dress with a tiered train. She styled her hair in natural-looking curls and piled it up on top of her head in an updo. She completed her look with dramatic silver jewels. Holding a white rose, she flashed a smile to show her new silver tooth. 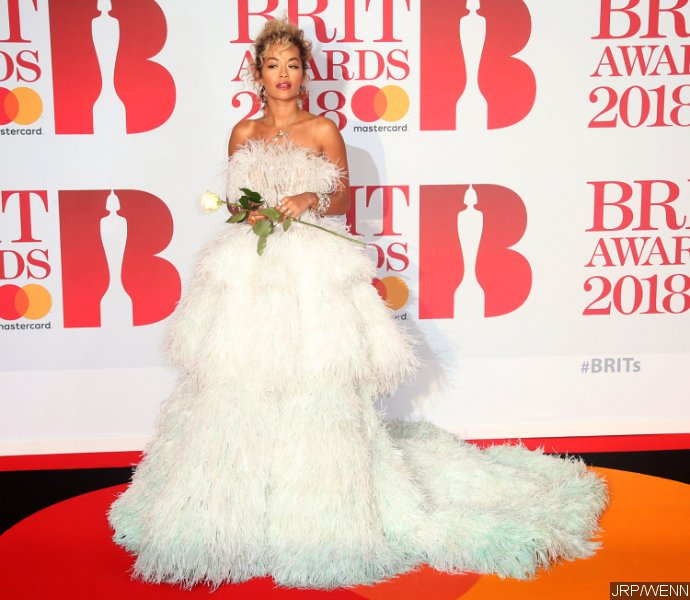 Cabello oozed ethereal beauty in a powder blue gown with flowing fabric. The dress featured a cutout on the chest part and was semi-sheer, giving a sexy touch to the seemingly innocent look. The former Fifth Harmony member styled her raven tresses into a loose braid. 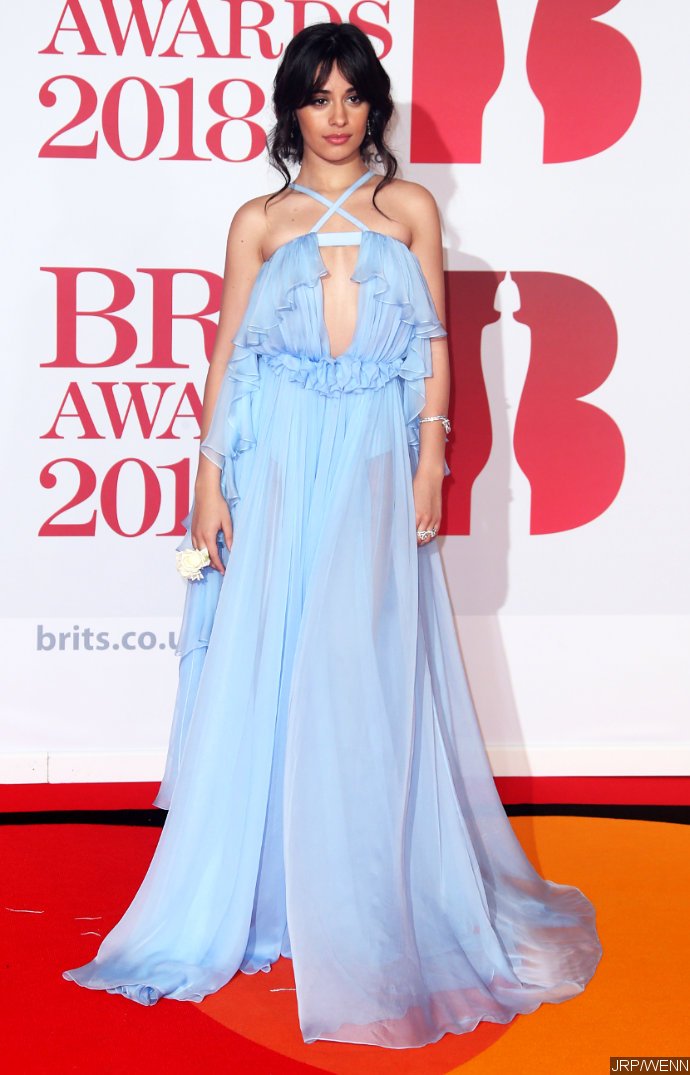 Baldwin opted for a glamorous look as she slipped into a glittering black and blue dress that perfectly hugged her curves. Adding sexy and mysterious vibes, she wore a bold black lip while her blonde locks were styled into a sweeping side-parting. 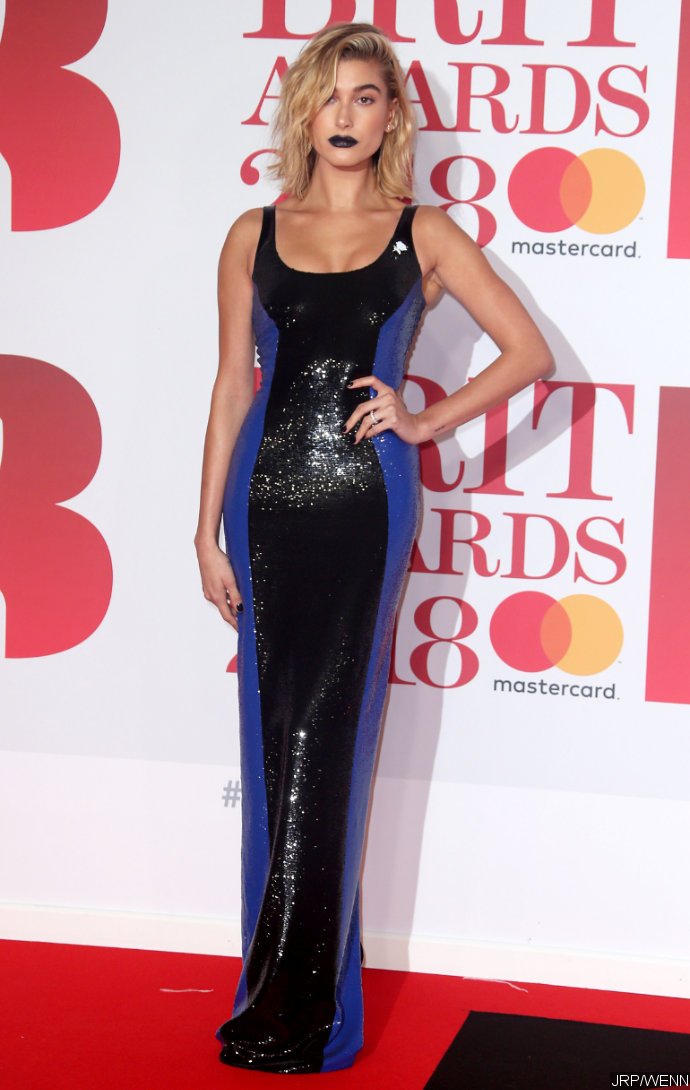 Jennifer Hudson, Ellie Goulding and Kylie Minogue matched the color of the red carpet with their red dresses. The "American Idol" alum dazzled in a strapless satin and PVC-clad ensemble, baring some cleavage in the plunging dress. She was joined by fellow "The Voice UK" coach Tom Jones, former winner Mo Adeniran and English singer Olly Murs when posing on the red carpet. 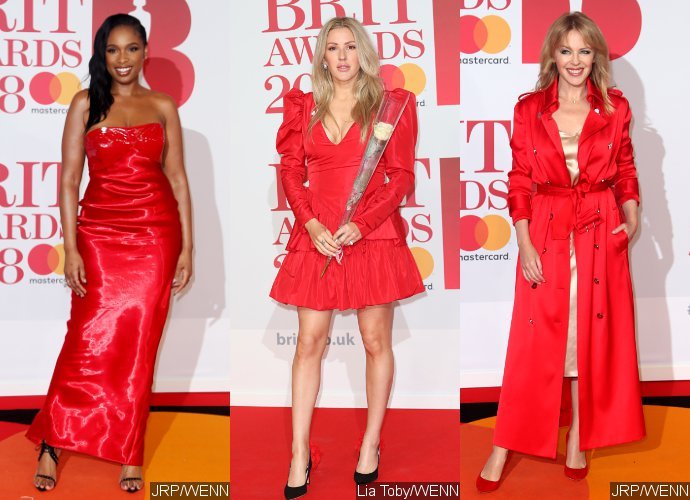 Goulding wore an eighties-inspired red mini-dress with puffed-up shoulder pads and a plunging neckline that gave a peek at her ample assets. She completed her retro look with natural makeup and unique stilettos.

Minogue made an eye-popping scarlet trench coat seem glamorous. Wearing a gold silk gown underneath, she let loose her long hair and wore minimum accessories. She completed her look with a soft-colored lipstick and red stillettos. 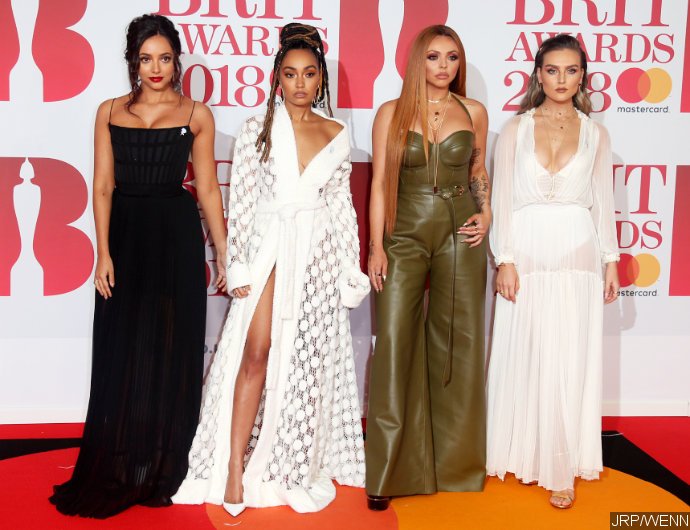 Cheryl Cole and Liam Payne squashed off breakup rumors as they arrived together and showed some PDA on the red carpet. The former Girls Aloud member looked chic in a black mini dress, which featured a dramatic layered sleeve on one side. Her boyfriend, meanwhile, looked dapper in a pale blue suit on top of black shirt and pants.

Pixie Lott, who came with fiance Oliver Cheshire, oozed glamor in a lilac gown with sheer and bejeweled panel around the midriff. She showed off her toned legs with a very high slit and paired the dress with silver high-heels. 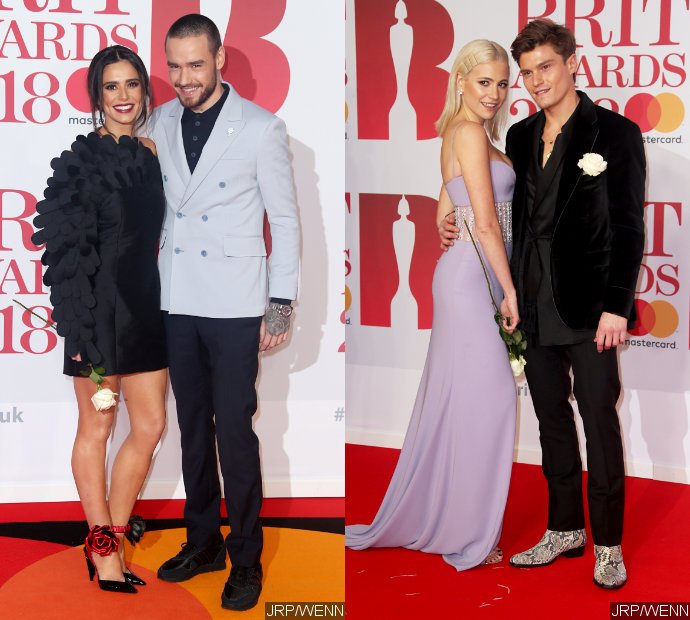 The HAIM sisters stayed true to their usually kooky displays. While each of the dresses reflected the wearer's different and unique style, they tried to match one another with their shimmery eye makeup, peach lips and flower accessories on their hair. 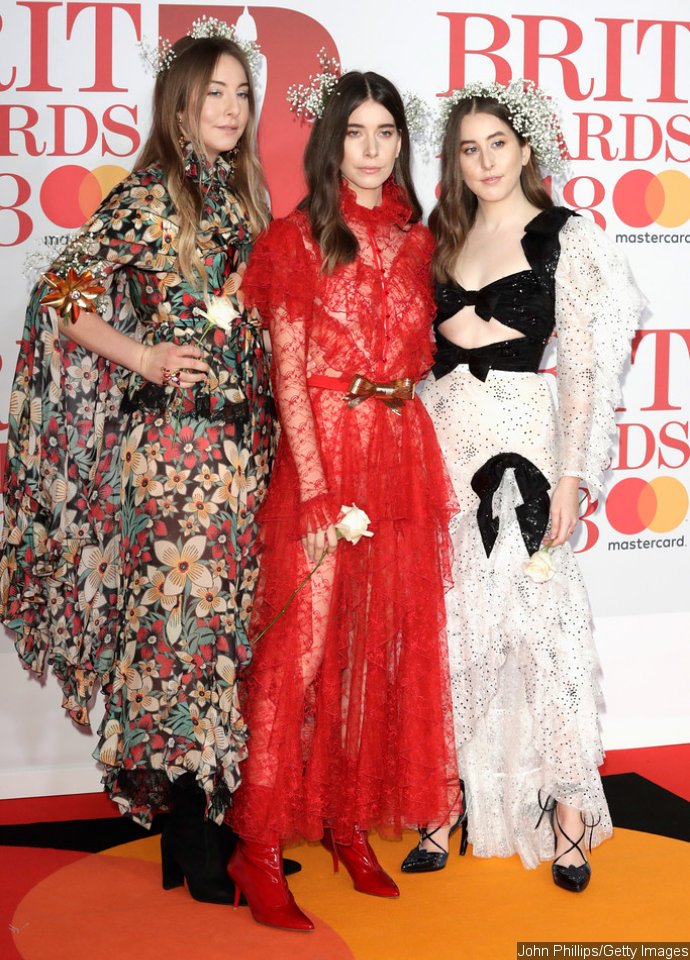 Noomi Rapace also put on a daring look in a dress with purple fabric that had net pattern as the top later and dramatic black skirt. She added a quirky touch with her tinted sunglasses though it's already dark that night. Dua Lipa, meanwhile, stunned in an opulent Giambattista Valli couture gown that had many ruffles with a black bow on the waist. 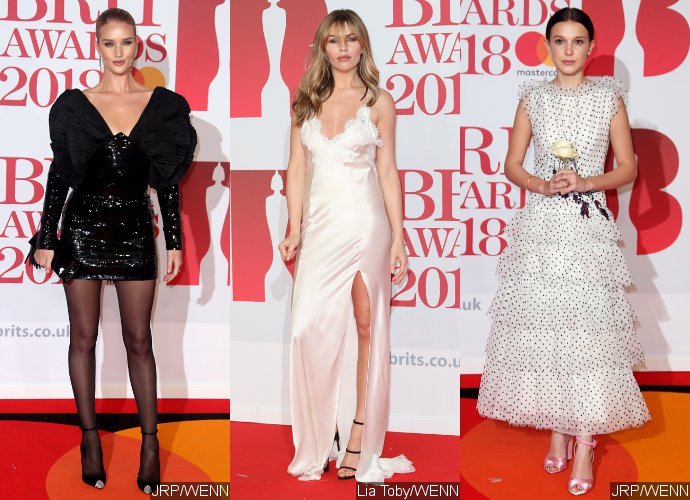 In the male department, Justin Timberlake didn't disappoint with his stylish look. He wore a red scarf to add color to his dark suit and paired them up with brown shoes. Sam Smith also showed a refreshing style in a red shirt and blue suit. Calvin Harris wore an optical illusion suit on top of a black shirt, while Ed Sheeran kept things modest in a tailored navy suit. 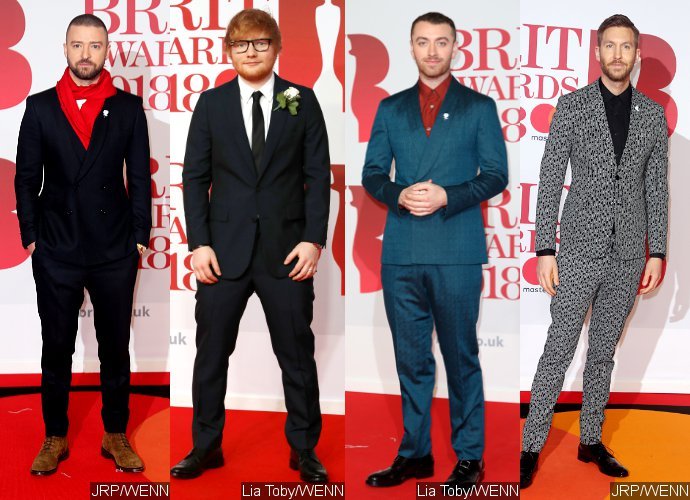 Meghan Markle Faced 'Disgusting' Threats to Her Life While Living in the U.K.