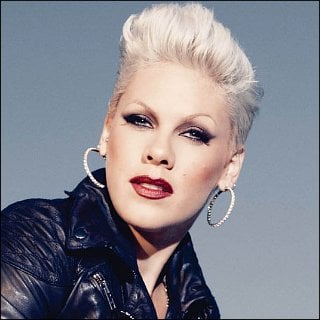 Raised in Philadelphia not long after her birth on September 8, 1979 in Doylestown, Pennsylvania with the name Alecia Beth Moore, Pink has been familiar to music since she was merely a little child, a result of the influence her father, %cJames Moore%, had given her constantly through either his guitar lessons or plays of tunes from the likes of %cBob Dylan% and %cDon McLean% as she grew up. Later also driven by the work of %cMadonna%, %cJanis Joplin%, %cShirley Murdock%, plus %cThe Supremes%, it really did not require such a long time for the girl to develop a profound interest in the field which led her to eagerly perform onstage whenever possible. A good offer then came from a local Philly DJ to provide back vocals for his rap group, %cSchool of Thought%, at age 13 and nabbing this chance quickly, she delightfully found herself holding weekly guest appearances at the city's Club Fever.

Much to Pink's surprise, one of her stints there attracted an MCA Records representative who immediately attached her to a newly-developed R&B group, %cBasic Instinct%, but the project did not run well so that she shifted to another called %cChoice%, this time under LaFace Records, only to witness the disbanding of the troupe without any single released. Nonetheless, her alliance with Choice at least had brought her to the realization of her knack in writing songs upon being asked by %cDarryl Simmons% to write the bridge for the trio's composition of "Just to be Loving You." Relying on this skills plus her great vocal range, she boldly approached the label's co-founder, %cL.A. Reid%, and successfully retained her place in the company to finally begin her solo career. Helped by notable names, like %cShe'kspeare%, %cBabyface%, %cKandi Burruss%, and %c112%, she persistently worked on her materials which then resulted in 'Can't Take Me Home" by April 2000.

Officially using the stage name she derived from both %cSteve Buscemi%'s character of Mr. Pink in "Reservoir Dogs" (1992) and her rosy complexion, Pink joyously embraced her initial achievement for the debut instantly soared to the 26th rank on The Billboard 200 while spawning two top 10 Billboard Hot 100 hits of "There You Go" and "Most Girls." Coupled with the multi-Platinum status she received at the end of the year, all the attainment unquestionably catapulted her to widespread popularity and so gave this originally blonde great exposure to make collaboration alongside %cLil' Kim%, %cChristina Aguilera%, also %cMya% on a remake of "Lady Marmalade." Launched in spring 2001, the single fabulously turned out to be a huge hit across the States, securing the top spot of Billboard Hot 100 for 5 weeks while going number one in U.K, Australia, Ireland, Brazil, New Zealand and Argentina as well.

The success of "Lady Marmalade" wonderfully still continued in the following year when its singers eventually nabbed a Grammy Award for Best Pop Collaboration with Vocals, no doubt boosting Pink's career several notch higher consequently. Challenged to score more brilliantly in her next step, she recklessly decided to take her sound in a new direction and thus recruited %cLinda Perry%, former vocalist of %c4 Non Blondes%, to support her in composing the tunes for her second album. Entitled "M!ssundaztood", this sophomore effort amazingly managed to surpass what its predecessor had reached when being released on November 20, 2001. Enhanced by its 4 tracks namely "Get the Party Started", "Don't Let Me Get Me", "Just Like a Pill", plus "Family Portrait" which all were the top 5 songs of Billboard Top 40 Mainstream, the record effortlessly rocketed to the sixth place of The Billboard 200, even later became one of the biggest selling LPs of that year with millions of copies sold to in the end be certified 5 times Platinum by 2003.

The year also delightfully saw the coming up of her next album, "Try This", of which outcome was satisfying enough as it could generate modest hits, like "God is a DJ", "Feel Good Time", and "Trouble" though was unable to repeat the accomplishment of her previous work. Even so, the latter two singles surprisingly earned her two Grammy Award nominations in the categories of Best Pop Collaboration with Vocals, once again, and Best Female Rock Vocal Performance that she eventually won by 2004.

Aside from her career in music, Pink has also developed another profession as an actress since 2002 and starred in several big screen productions which included "Charlie's Angels: Full Throttle" (2003), "Catacombs", and "If I Had Known I Was a Genius", the latest two released in 2006. In addition, she has been known to take deep concern on world's matters and actively support organizations of PETA, Greenpeace, plus NetAid among others. As for her love life, she once dated %cMotley Crue% drummer, %cTommy Lee%, before finally gaving her heart to motocross racer %cCarey Hart% thus married him on January 7, 2006 in Costa Rica.

In 2006, Pink nicely marked her comeback through her fourth studio album "I'm Not Dead". Released in April through LaFace Records, the album was a substantial success as it reached the top ten in the U.S. and the top five in the UK. Through the album's lead single, "Stupid Girls", she also earned a Grammy Award nomination for Best Female Pop Vocal Performance.

To follow up the success of her 2006 effort, Pink will release another studio album entitled "Funhouse". Set to be released in North America on October 28, 2008, the record is led by single "So What" taking aim at the singer's separation and divorce from freestyle motocross racer Hart. Teaming up with Max Martin, Shellback, and Billy Mann among others to write the new materials, she recorded approximately 30 to 35 songs for the effort. Yet, only twelve out of 35 new songs that are confirmed to be listed on the album. One of the singles is entitled "Sober" and it narrates about the party at her house where everyone was drunk except for her.

Pink followed the album with "Funhouse" tour which kicked off in France in February 2009. She returned with new music in October 2010, when she released "Raise Your Glass" as the first single of her first compilation album, "Greatest Hits... So Far!!!". The song celebrates a decade since Pink's debut in 2000 and is dedicated to her fans who had been supporting her over the years. The song peaked at No. 1 on the Billboard Hot 100, becoming Pink's tenth Top 10 hit, and her third No. 1 on the chart. She released the compilation album on November 12, 2010, and almost a month later she released the album's second single, "F**kin' Perfect", which reached No. 2 on the Billboard Hot 100.

In 2011, she joined the voice cast of "Happy Feet 2" and sang the film's theme song called "Bridge of Light". That same year, Jive Records she was signed to was disbanded. As a result, she and other artists from the label would release their future projects through RCA Records.

In early 2012, Pink revealed that she had started working on her next album, which was eventually announced as "The Truth About Love". The first single "Blow Me (One Last Kiss)" came out in July and hit No. 5 on Billboard Hot 100. The album itself arrived in September and debuted atop Billboard 200

"Try" was released as the second single from the album in October and went on to peak at No. 9 on the Billboard Hot 100. Pink earned her next No. 1 hit with the fourth single "Just Give Me a Reason" that's featuring guest vocal by %cNate Ruess% of %cFun.%

In February 2013, Pink kicked off her sixth tour, known as "The Truth About Love Tour", in Phoenix, Arizona. Billboard released a statement on June 14, announcing that Pink held the No. 1 spot on their Hot Tours chart, as the American leg of her tour grossed over $23.6 million. She still held the title a week later, as the European leg grossed $30.7 million.

In September 2014, Pink revealed that she formed a duo with %cDallas Green%. Under the name %cYou+Me%, they released their first album together, titled "Rose Ave.", in October that year. It debuted at No. 4 on Billboard 200.

She recorded the theme song for the 13th season of "The Ellen DeGeneres Show" in 2015 and contributed to the soundtrack of "Alice Through the Looking Glass" in 2016. For the movie, she recorded a cover of %cJefferson Airplane%'s "White Rabbit" as well as an original song titled "Just Like Fire", which gave her her next top 10 single. The track peaked at No. 10 on Billboard 200. Later in July, Pink wrote a song titled "Recovering" for %cCeline Dion% as well as contributing on country singer %cKenney Chesney%'s single "Setting the World on Fire". Before taking a break to write her upcoming seventh album, Pink collaborated with %cSia Furler% on the Australian singer's debut single "Waterfall".

On August 10, 2017, Pink dropped "What About Us", which served as the lead single for her upcoming studio album, "Beautiful Trauma". The song quickly grabbed people's attention, and later topped charts in Australia. It was later followed with the music video for the song which was released on August 16. On August 27, the singer received the %cMichael Jackson% Video Vanguard Award at the MTV Video Music Awards, at which she performed a medley of some of her hits, including her new single.

Pink announced on October 5 that she would be hitting the road later in March to June 2018, marking her first tour since "The Truth About Love" back in 2014. %cBleachers% was tapped to join her on some shows in March and April. The tour announcement came just days ahead of the release of her upcoming album "Beautiful Trauma" on October 13. The album earned her No. 1 spot on the Billboard 200 chart, racking up 408,000 equivalent album units in the first week of the release.

One day after she released the album, Pink delivered a powerful performance on NBC's "Saturday Night Live", on which she was tapped as musical guest. In the episode which was hosted by "Silicon Valley" star %cNanjiani Kumail%, Pink performed "What About Us" and "Beautiful Trauma" off her seventh studio album.

Following the massive success of "Beautiful Trauma", she was honored with the %cMichael Jackson% Video Vanguard Award at the 2017 MTV Video Music Awards. The album's lead single, "What About Us", received a Best Pop Solo Performance nomination at the 60th Annual Grammy Awards while "Beautiful Trauma" earned the nomination for Best Pop Vocal Album.

Pink had one of her dreams come true in the following year, when she was tapped to sing the national anthem at the Super Bowl LII just before she kicked off her headlining tour. Even though she was sick with influenza, she still slayed her performance and gained praises and respect from people. In April 2018, she was featured on %cElton John%'s "Revamp & Restoration" compilation album, singing "Bennie and the Jets" with Elton and %cLogic%.

That year also saw the songstress being featured on PEOPLE's "Most Beautiful" cover along with her two kids Willow and Jameson. She additionally contributed to "The Greatest Showman - Reimagined" album, which also featured the likes of %cKelly Clarkson%, %cJess Glynne% and %cPanic at the Disco% among others. Pink sang a cover of "A Million Dreams" on the album.

In February 2019, Pink received a star on the Hollywood Walk of Fame. At the time, %cEllen DeGeneres% and comedian %cKerri Kenny-Silver% joined the star in celebrating the milestone. Shortly after that, she announced her eighth studio album "Hurts 2B Human" and released its lead single "Walk Me Home" when she took the stage at the 2019 BRIT Awards on February 20. During the ceremony, she was honored with an award for outstanding contribution to music.

"Hurts 2B Human" was released on April 26 by RCA Records. Consisting of thirteen tracks, the effort debuted at No. 1 on Billboard 200. It marked her third total and consecutive No. 1 album on the weekly chart.