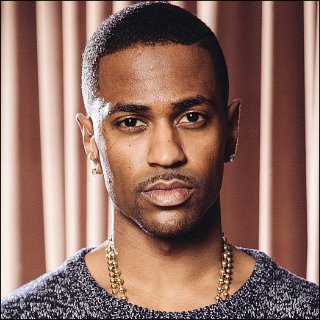 Sean Anderson aka %cBig Sean% is one example that a bit of luck and perseverance are the keys to success. Born on March 25, 1988, Sean hailed from Detroit and had been rapping since his youth. Long story short, he had a weekly show at a local hip-hop station called WHTD when he was in high school. He would also take part in rap battle contests held by the station.

His change of fate came in 2005. Sean at that time was doing a telemarketing job which paid poorly when he heard from a friend that %cKanye West% was at the 102.7 FM station. He dashed to the place in hope to meet the famous rapper and used his special relationship with the station's staff to allow himself in.

He managed to face Kanye but the rapper denied him at first. Sean's friends started to push him to show his skill to Kanye and Sean eventually tapped Kanye on the shoulder. "[I] was like, 'I'm an aspiring MC. I do this show every Friday. Can I rap for you?' He was like, 'No. I gotta go.' I'm like, 'Man, please - you're my hero. Let me rap for you? Just let me spit for you.' "

Kanye gave him the shot and Sean did his best, looking at the floor most of the time in fear to mess it up. "As we get to the entrance of the radio station ...we stopped in the middle of the doorway. He starts looking at me and bobbing his head," Sean recalled. From then on, it was like a chapter in a movie.

Sean gave Kanye demo tapes and finally got signed to GOOD music label two years later. "I wasn't signing acts at that time. But I was so inspired by what he did. His voice was very compelling. His lyrics were very clever and the melodies and the way he was putting it together and his story. So it's not that easy, but it's a lot of people who rap who aren't as dope," Kanye said.

Sean's first official mixtape called "Finally Famous: The Mixtape" was released in September 2007. Due to the success of the first one, in the next three years he released two more mixtapes that grew in terms of collaborators. His third one, out in 2010, featured %cBun B%, %cMike Posner%, %cDrake% and %cTyga% among others. He then planned another one to give a prelude to his first studio album, "Finally Famous".

Kanye assisted Sean in this album and so did a number of great names such as %cNas%, %cPharrell Williams%, %cKid Cudi% and %cWiz Khalifa%. The lead single is called "My Last" and features %cChris Brown%'s vocals. The full set was finally unleashed to the market on June 28, 2011 and debuted at No. 3 on the Billboard 200 chart.

Following the album's release Sean started working on a follow-up. Finally done and released in 2013, the record according to the star was a far more inspirational and a more conceptually-driven project than his 2011 debut album. Sean also said he intended to "teach and make a lasting impact on peoples lives with this album." The album, also peaking at No. 3 on Billboard 200, boasts guest appearances from Nas, %cCommon%, %c2 Chainz%, Cudi, %cLil Wayne%, %cJuicy J%, %cNicki Minaj% and %cYoung Jeezy% among other. It spawned six singles including "Switch Up" featuring Common, "Beware" featuring Wayne and %cJhene Aiko%, "Fire", "Ashley" featuring %cMiguel% and "You Don't Know".

Sean then spent most of the first half of 2014 making headlines for his break-up with "Glee" star %cNaya Rivera% who then married another man on the date she was supposed to get married to Sean. A few months later, Sean announced he had signed with Roc Nation for a management deal but would still release his music through GOOD music. He later released a string of new songs including "I Don't F**k With U" which fans initially believed was about Rivera. A music video with a football theme was released in late 2014, fueling speculations that the track was about Rivera who had a football player brother.

Sean, however, denied that he dissed his ex-fiancee on the song and in its music video. "It makes total sense that it would be. The football theme was just something fun. Who cares man? Look man, I did this song back in February. I listened to the song with her. I went back and changed a couple lines. I did that just cause I'm an artist. I don't rap about what I'm going through, that's not authentic. That song aint no diss song," he said.

"IDFWU" went on to become one of the biggest songs in 2014. It peaked at No. 11 on Billboard Hot 100 and at No. 1 on both Billboard's Hot R&B/Hip-Hop Songs and Hot Rap Songs charts. The song was later certified triple platinum by the Recording Industry Association of America (RIAA).

On February 24, 2015, Sean released his third album "Dark Sky Paradise", which debuted atop the Billboard 200 chart. The album features various artists including West, %cTy Dolla $ign%, %cDJ Mustard%, Drake, %cTravis Scott (II)% and %cAriana Grande%. Since its release, six tracks off the album have charted on the Billboard Hot 100. As of February 1, 2016, the album was certified platinum by the RIAA.

On April 1, 2016, Sean teamed up with Jhene Aiko to release their self-titled studio album as %cTwenty88%. The album boasts guest appearances from R&B group %cK-Ci & JoJo% and recording artist/producer %cDetail%. Produced by Key Wane, the album is described as "the story of the highs and lows of relationship, with insights into conflict, memories, love, sex and more." A week after the album's release, Sean and Aiko released a 15-minute short film called "Out of Love", which is composed of several recordings from the album.

On October 31, Sean released "Bounce Back" as the lead single from his highly anticipated fourth studio album "I Decided", which is due out on February 3, 2017. Sean revealed that his fourth album was inspired by the idea of rebirth. "That's not something that people expect from a Big Sean project, so I'm happy we are delivering something unexpected. I'm excited to push the culture and push my artistry to the limit." On December 16, 2016, "Moves" was released as the second single from the album. "I Decided" features the likes of %cChance the Rapper%, %cJeremih%, West and %cEminem%.