Carrie, who is hosting the show, dresses her baby bump in a floral accented gown, while the former 'Bachelor' contestant wears a revealing dress when attending the show with new boyfriend Chris Lane.

AceShowbiz - Carrie Underwood is back as the host of the annual CMA Awards for the 11th year in a row despite being heavily pregnant with her second child. The 35-year-old singer was stunning when hitting the red carpet at the Bridgestone Arena in Nashville, Tennessee on Wednesday, November 14.

Joined by her husband Mike Fisher, the "American Idol" alum cradled her baby bump, which was dressed in a beige dress with floral accents. The dress perfectly hugged her curves before flaring at the bottom with a train. Her hair was styled in loose waves and she wore nude lipstick. 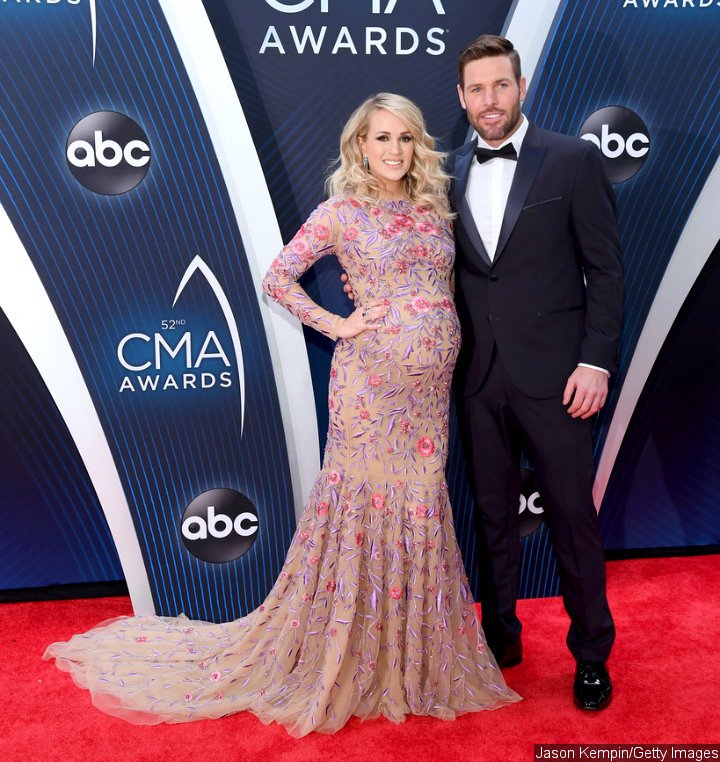 Very pregnant Carrie Underwood is co-hosting the event and came with Mike Fisher.

Also flaunting her baby bump on the red carpet was Brittany Kerr, who was glowing in a long-sleeve yellow gown that was fitted until the waist before it cascaded into a flare skirt. Her long blonde hair was let loose while she wore a pair of huge round earrings. She came with her husband Jason Aldean who was dressed in his signature cowboy style. 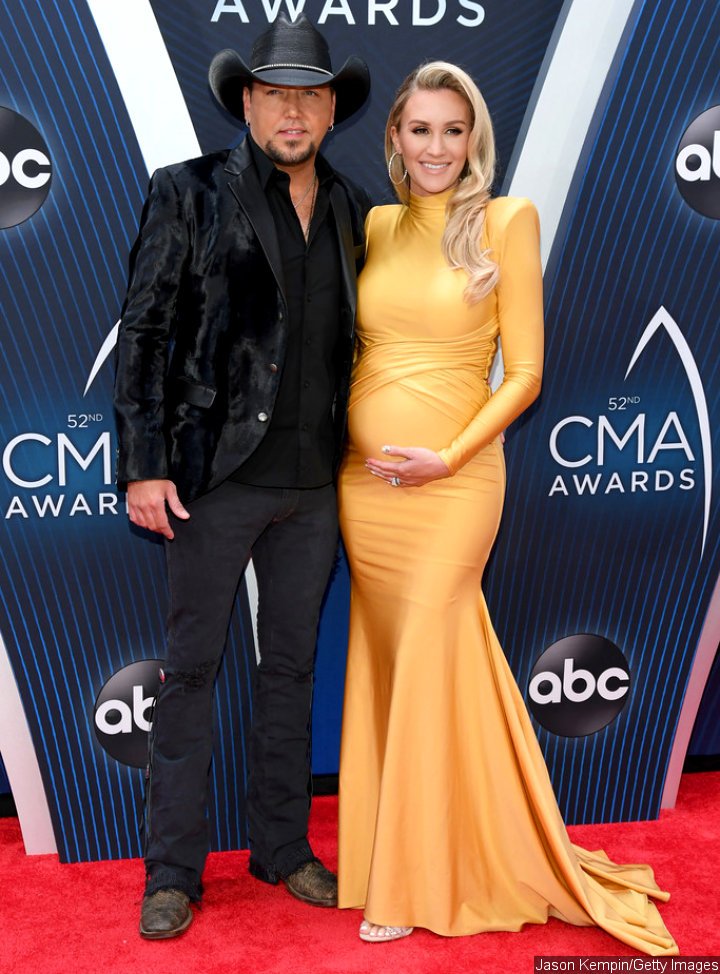 Brittany Kerr cradled her baby bump on the red carpet, while joined by husband Jason Aldean.

Meanwhile, former "The Bachelor" contestant Lauren Bushnell flaunted her new romance with country music star Chris Lane at the CMA Awards, just a few months after she split from her boyfriend of a year, Devin Antin, in August. "It's brand new and they are enjoying spending time together," her rep confirmed to PEOPLE, after they attended the BMI Country Awards on Tuesday night together.

Lauren left little to the imagination in a semi-sheer dress with a very thigh-high slit, while Chris went bold with a red shirt and a silky blue suit with matching pants. He also wore red suede shoes to match his shirt. 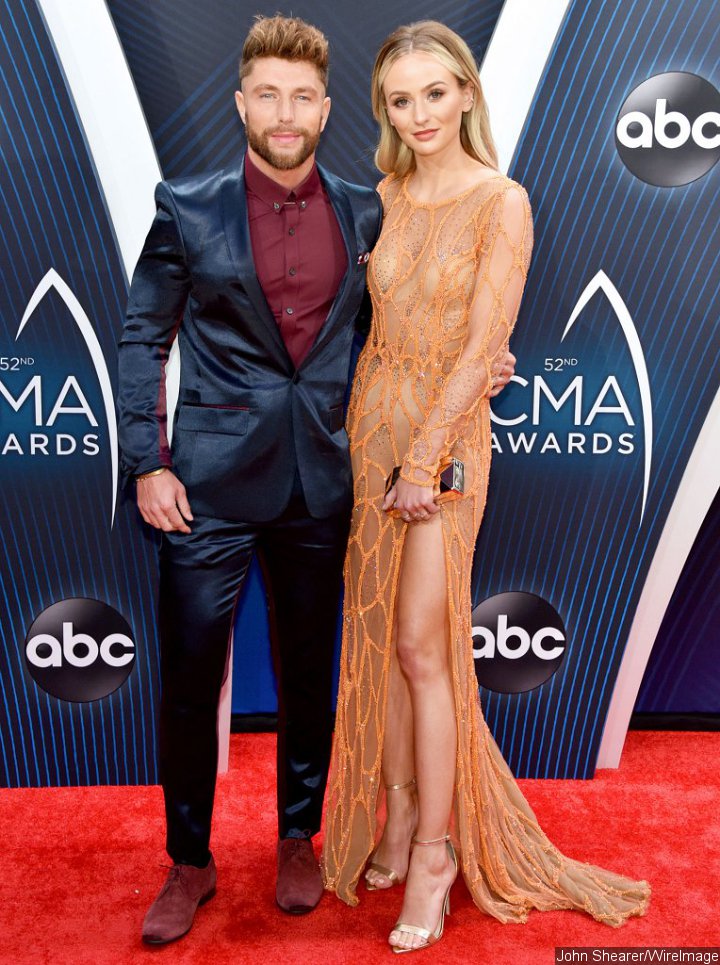 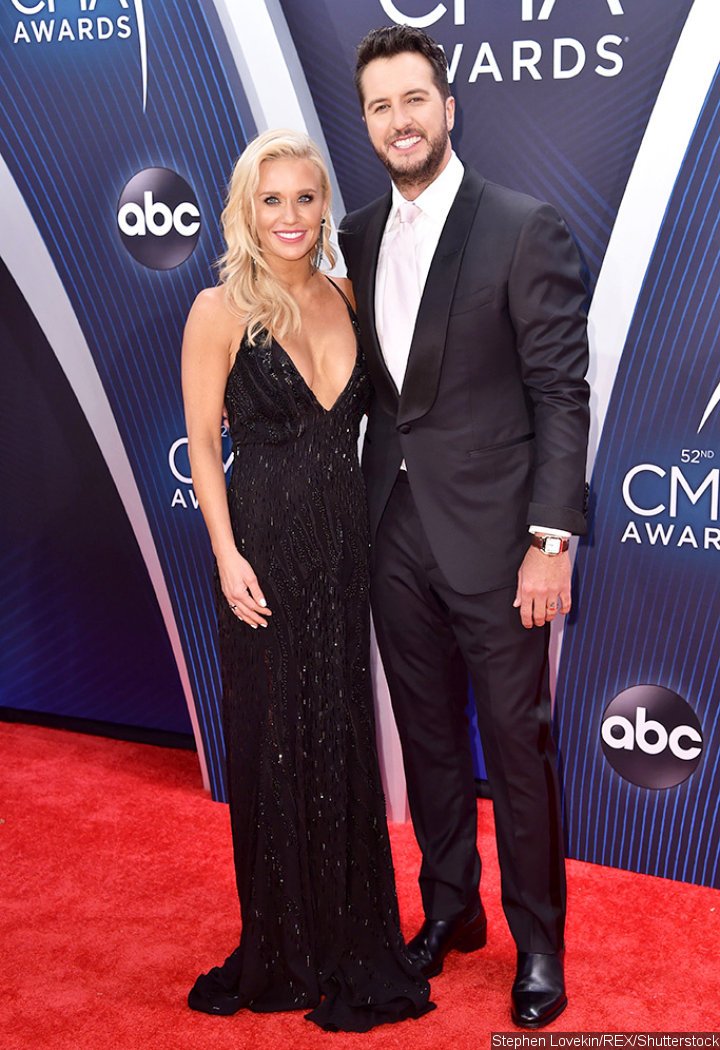 Kelsea Ballerini came with her husband Morgan Evans. The "Love Me Like You Mean It" hitmaker was a vision in a hot pink gown, while the Australian country music crooner dressed formally in a black suit and tie. 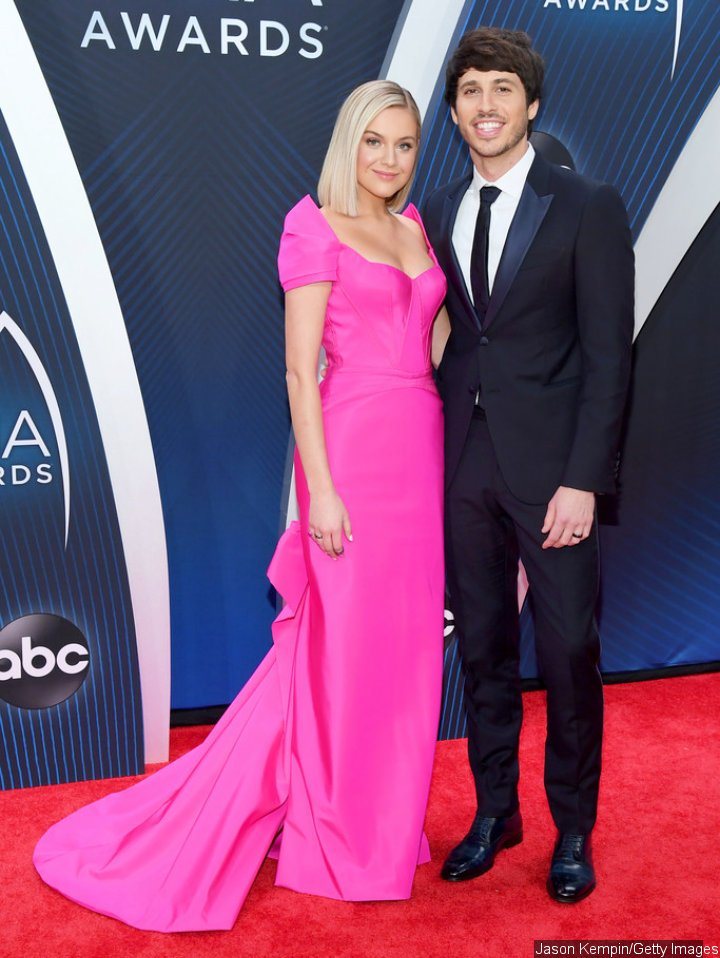 Kelsea Ballerini hit the red carpet in a striking pink dress, while her husband Morgan Evans wore a black-and-white outfit.

Maren Morris and Ryan Hurd were matching in gold-themed outfits. The "My Church" songstress glammed up in a glittering gown with a neckline that plunged down to her belly and a sheer panel on one side of her waist, while her husband wore a gold suit. 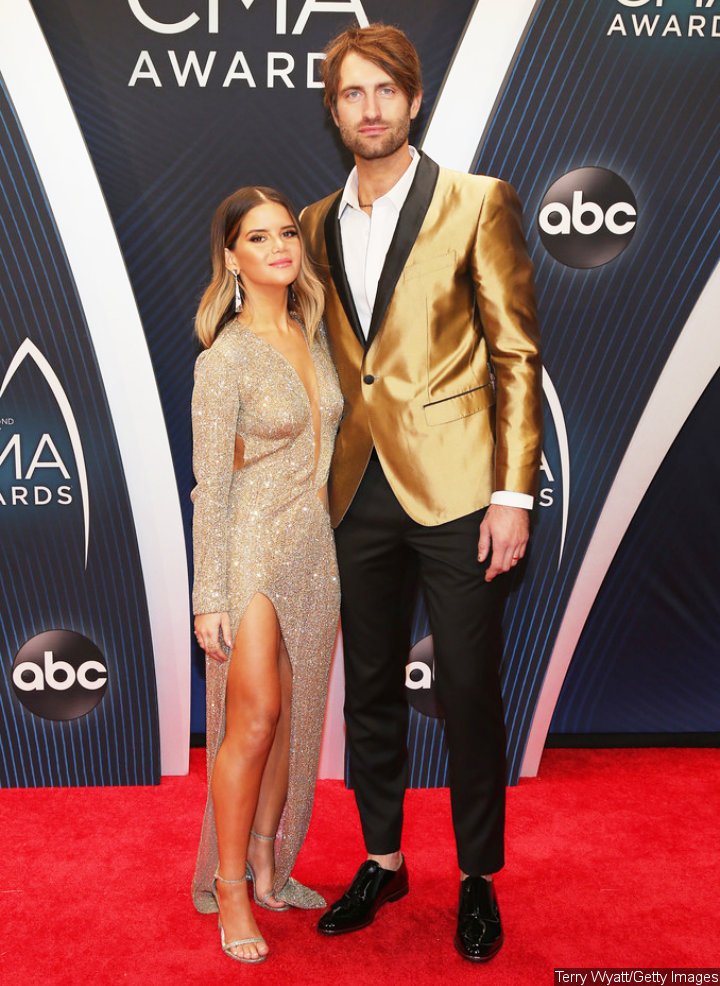 Lauren Alaina, who came with fiance Alex Hopkins, was happily flaunting her engagement ring. She oozed princessy vibe in a white dress that was cinched on the waist with silver detailing and flowing skirt. 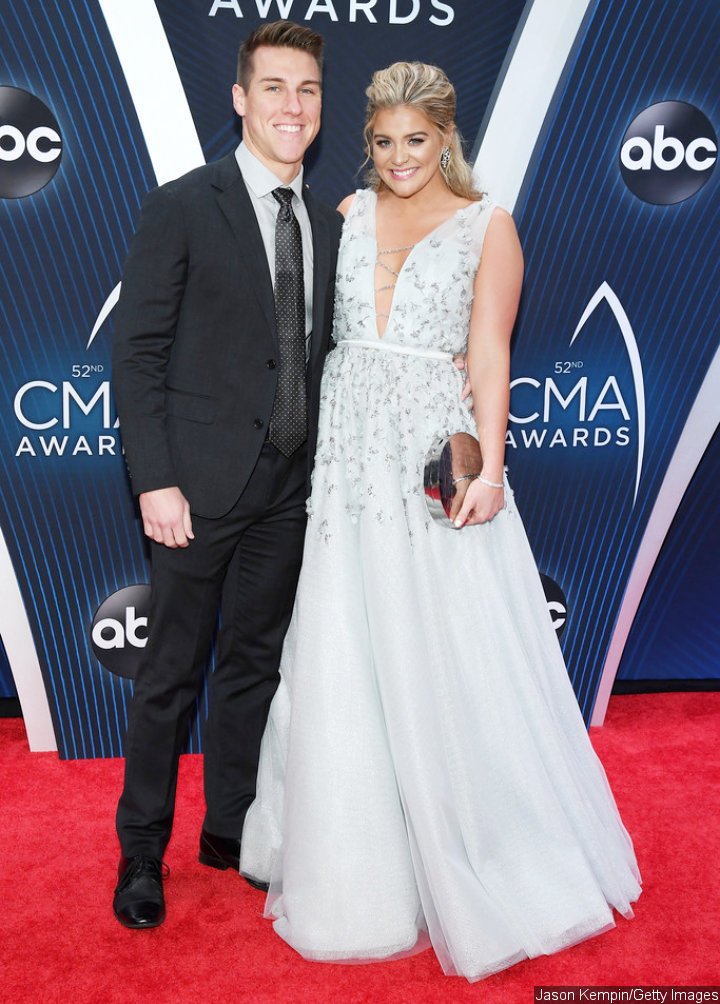 Lauren Alaina and Alex Hopkins were all smiles as she flaunted her engagement ring on the red carpet. 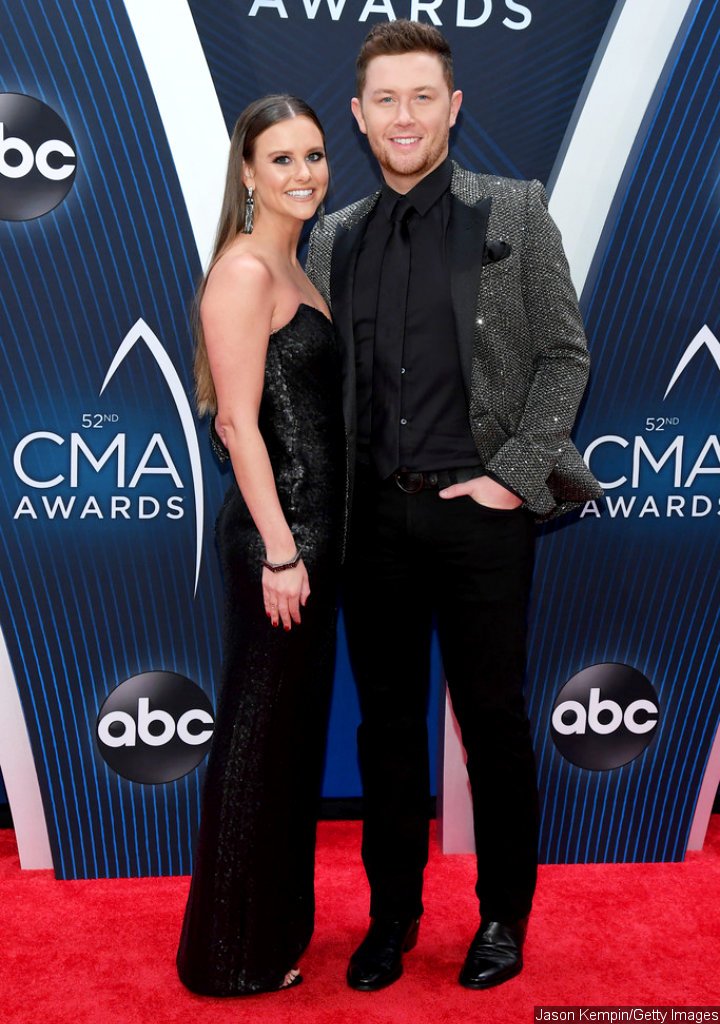 Other happy couples spotted at the event included Garth Brooks and Trisha Yearwood, Scotty Mccreery and Gabi Dugal, as well as Carly Pearce and Michael Ray. 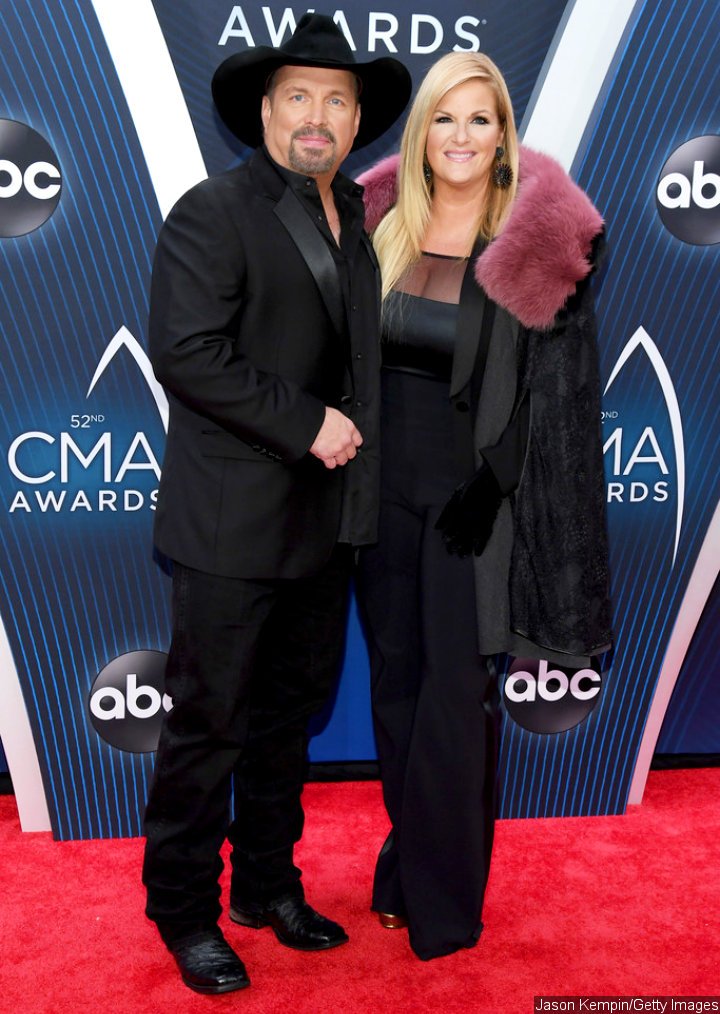 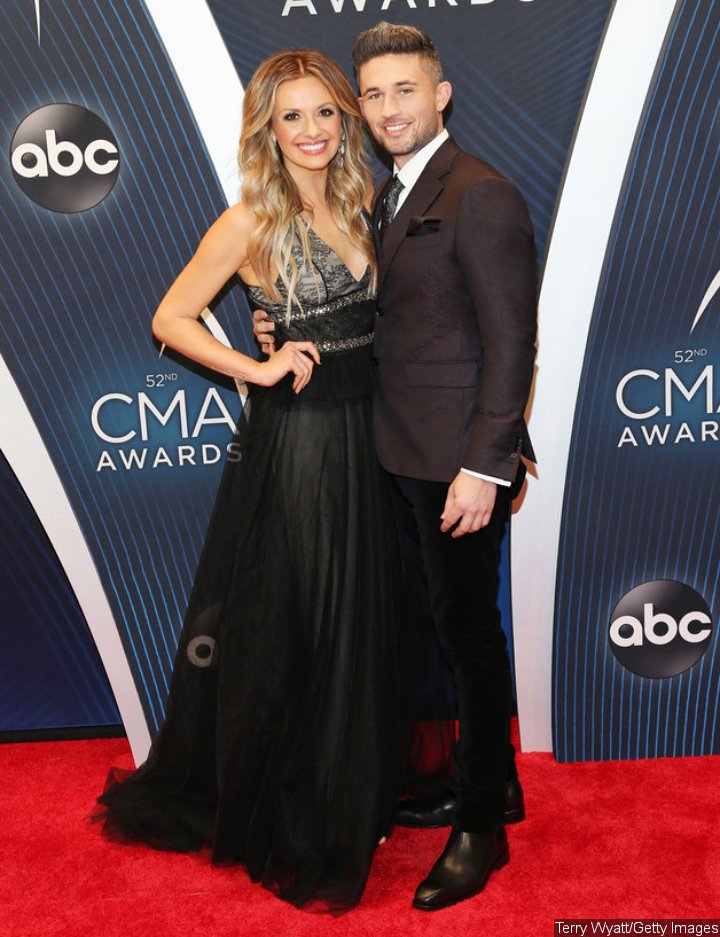