AceShowbiz - Hollywood stars stepped out Saturday night, November 14 to attend at the Academy of Motion Picture Arts & Sciences' 2015 Governors Awards at the Ray Dolby Ballroom in Hollywood. %cRachel Weisz% and %cCarey Mulligan% were among the beauties turning heads on the red carpet.

Weisz was red hot in a strapless Oscar de la Renta gown. She was accompanied by her James Bond husband %cDaniel Craig%. New mom Mulligan dazzled in a demure sequin dress while %cCate Blanchett% opted for black velvet pants with an asymmetrical top by Armani Prive.

%cRooney Mara% went with a sheer ruffled skirt and military-styled jacket by Alexander McQueen, %cSaoirse Ronan% opted for a gown with geometric pattern, %cZooey Deschanel% who sang at the event was pretty in pink, and %cBrie Larson% added color with her orange dress.

%cCarrie Fisher% also came to the star-studded event with her brother Todd and daughter %cBillie Lourd%. The Princess Leia depicter watched from audience as her daughter accepted honorary Oscar on behalf of grandmother %cDebbie Reynolds% from %cMeryl Streep%. Other recipients were %cGena Rowlands% and Spike Lee. 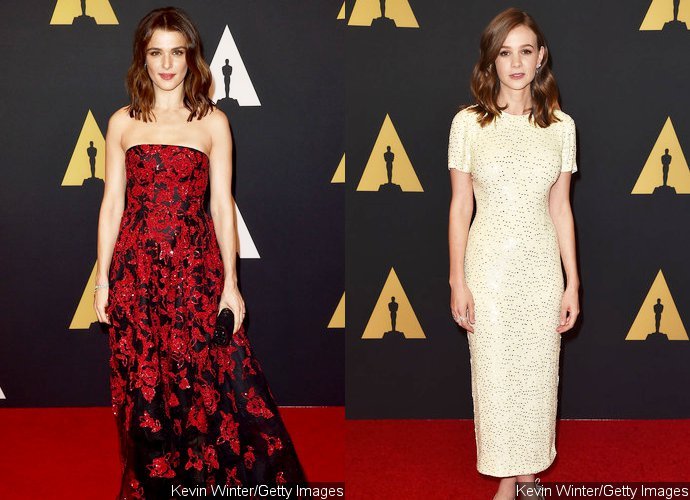