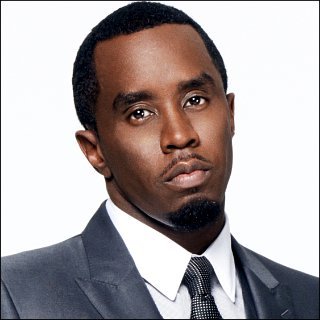 Often changing his stage name, %cP. Diddy% was actually born Sean John Combs on November 4, 1969 in Harlem, New York. During his high school years, due to his habit of puffing out his chest to make his body seemed bigger, he earned the nickname "puffy". Majored in business administration at Howard University, he had shown a strong business instinct early on as he managed to produce weekly dance parties and run an airport shuttle service in between classes. After dropping out of the institution, he took internship at Uptown Records and was recruited as a talent director before reaching the position of vice president. Successfully recruiting mainstream artists, he decided to leave the company and established his own record label.

Diddy started his Bad Boy in 1993 and secured recording deals with future-famous artists like %cMariah Carey%, %cMethod Man%, %cBabyface%, %cTLC%, %cBoyz II Men%, %cLil' Kim%, %cAretha Franklin%, %cMary J. Blige%, %cFaith Evans% and %cBiggie Smalls% a.k.a. %cNotorious B.I.G%. The sudden death of Big in March 1997 prompted Diddy to write a tribute song entitled "I'll be Missing You". Included in his debut album "No Way Out^", the single topped the Billboard singles chart for eleven weeks and led the album to be certified seven times platinum. Two years later, he released his second record "aForever%" and launched his clothing line, Sean John. In the years to come, he had more albums in the market, they were "The Saga Continues..." (2001), "Press Play" (2006), and "Last Train to Paris" (2010).

Highly exposed personal life comes along with Diddy's popularity. He is known for romancing a number of women. In 1993, he had a son Justin with high-school sweetheart, designer Misa Hylton-Brim. He also fathers another son Christian (born 1998) and twin daughters; D'Lila Star and Jessie James (b. 2006) with then girlfriend %cKim Porter%. Also in 2006, he had a daughter Chance, with %cSarah Chapman%.