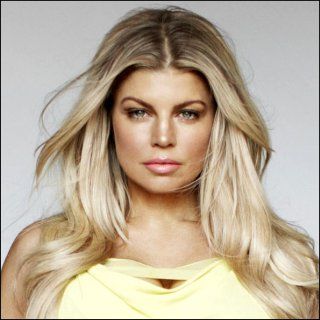 Prior to establishing a singing career, Stacy Ann Ferguson appeared on the television program "Kids Incorporated" (1984) for several years. Afterwards she became a member of the female trio "Wild Orchid", which successfully released two albums and disbanded after failing to release their third one. She left the group shortly thereafter and by chance was invited for a part in The Black Eyed Peas' song "Hey Mama" back in 2003. Due to her impressive performance, she was immediately recruited as the fourth member of the band and began widely known simply as Fergie.

Experiencing chart success worldwide with the hip hop group, Fergie subsequently released her debut solo album "The Dutchess" in 2006. The set spawned five Billboard Hot 100 top five singles, three of which went to number one. In 2007, she won the Pop or Rock "Favorite Female Artist" at the American Music Awards and a Grammy nomination for "Best Female Pop Vocal Performance" for "Big Girls Don't Cry". In between times, the March 27, 1975 born songstress managed to make a comeback to acting with appearances in "Poseidon", "Grindhouse", and musical film "Nine".

By 2012, Fergie publicly confirmed that she had begun writing the material for her second solo album, slated for a 2015 release. In September 2014, she released a single titled "L.A. Love (La La)" which was a hit. She preformed the song in a number of occasions, naming one was at the 2014 American Music Awards.

Fergie, who was a Hacienda Heights, California-bred, began dating future husband, actor Josh Duhamel, in late 2004. They got married on January 10, 2009 and welcomed a son, Axl Jack Duhamel, on August 29, 2013. She has filed a claim at the Los Angeles County Superior Court to legally change her name to Fergie Duhamel.

The year 2015, however, came and went without a new solo album by Fergie. She began teasing the project again in mid-2016 by sharing in June the song "Hungry (1st Byte)" before debuting the single "M.I.L.F. $" in July as the official lead single off the LP titled "Double Duchess".

Produced by Polow da Don, the song has so far peaked at No. 34 on Billboard 200, thanks in large part to its star-studded accompanying music video that stars hot moms like Kim Kardashian, Chrissy Teigen, Alessandra Ambrosio, Ciara, Gemma Ward, Tara Lynn and Devon Aoki.