The 'Watch What Happens Live With Andy Cohen' host addresses reports claiming that Kelly Ripa is mad at him for his recent shade towards her 'Live' co-host during NYE broadcast.

AceShowbiz - Andy Cohen is setting the records straight. During his appearance on "The Howard Stern Show", the "Watch What Happens Live With Andy Cohen" host addressed reports claiming that Kelly Ripa was mad at him for his recent shade towards Ryan Seacrest.

In the Tuesday, January 4 episode of "The Howard Stern Show", Andy told the host that the reports were not true. He shared that Kelly was "not upset with me" for his comments about her "Live With Kelly and Ryan" co-host.

"As I was going on my rant about Journey, I did wind up kind of starting to throw ABC under the bus. And that is my only regret from the night," Andy explained. "I was, as they say, in my cups and I was kind of enjoying the rant. I was like,'Wow, it's really fun being on CNN and just ranting like a nutty guy.' So I kept going."

He continued, "Listen, I will not be shamed for having fun on New Year's Eve. That's why I'm there. That's why they bring me there. It's a four-and-a-half-hour show. The booze started kicking in around 11:30 … I kicked into high gear with 45 minutes left."

Andy made headlines after he drunkenly blasted ABC's "Dick Clark's New Year's Rockin' Eve" and its host Ryan during his CNN NYE broadcast with Anderson Cooper on Friday, December 31. "If you look behind me, you'll see Ryan Seacrest's group of losers performing," he said at the time. "I'm sorry but if you're watching ABC, you're watching nothing."

Andy, however, expressed regret for his comments. "The only thing that I regret saying, the only thing is that I slammed the ABC broadcast and I really like Ryan Seacrest and he's a great guy," Andy shared in the Monday, January 3 episode of SiriusXM's "Andy Cohen Live". "And I really regret saying that, and I was just stupid and drunk and feeling it."

Meanwhile, CNN also issued a statement regarding the drama, shutting down some reports which said that Andy was fired over his controversial comments on the broadcast, the network is standing by the TV personality. "Andy said something he shouldn't have on live tv. We've addressed it with him and look forward to having him back again next year," CNN said in a statement. 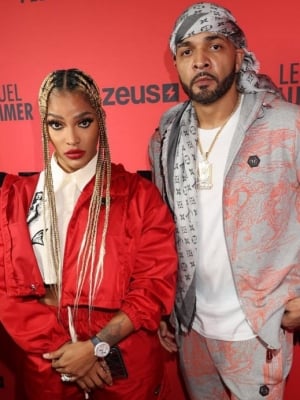