Lili Reinhart, who plays Betty Cooper, and Asha Bromfield, who is known for playing the Pussycats on the Archie Comics show on The CW, among those who show support for Vanessa.

AceShowbiz - Vanessa Morgan took to Twitter to speak out about how tired she was to see how "black people are portrayed in media." The Toni Topaz of The CW's "Riverdale" recently declared on her account that she was not going to be "quiet anymore."

"Tired of how black people are portrayed in media, tired of us being portrayed as thugs, dangerous or angry scary people. Tired of us also being used as side kick non dimensional characters to our white leads," so she wrote in her statement. "Or only used in the ads for diversity but not actually in the show. It starts with the media. I'm not being quiet anymore." 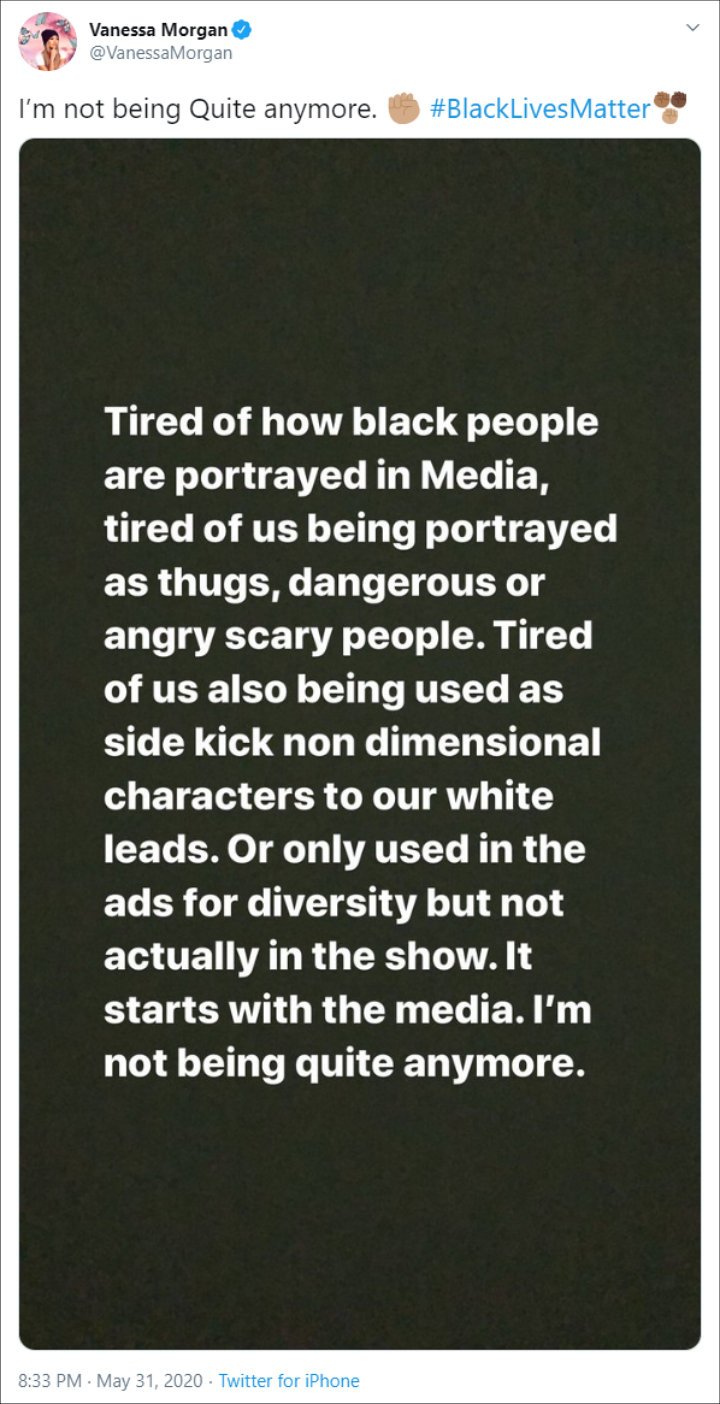 Vanessa Morgan criticized media for how it portrays black people.

Responding to a fan's tweet, Vanessa wrote, "Lmao too bad I'm the only black series regular but also paid the least. girl i could go on for days."

Later on Tuesday, June 2, Vanessa said, "Finally feel like I can speak up for myself and my fellow brothers and sisters and be heard. Usually everyone is fake listening. I really hope a change is coming."

She also made it clear that she wasn't directing the criticism towards her "Riverdale" co-stars, including Lili Reinhart, Camila Mendes, Cole Sprouse, KJ Apa, Madelaine Petsch and Charles Melton. "My role on Riverdale has nothing to do with my fellow castmates/friends. They don't write the show. So no need to attack them, they don't call the shots & I know they have my back," Vanessa said.

Lili, who plays Betty Cooper in the Archie Comics show, quickly showed her support for Vanessa. "We love you, V. And support you 10000%," Lili replied to her. 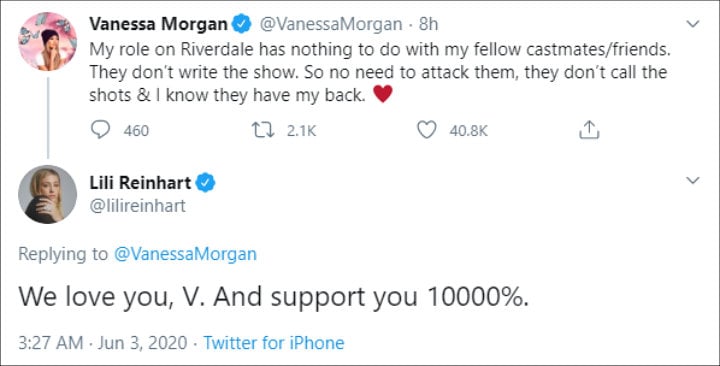 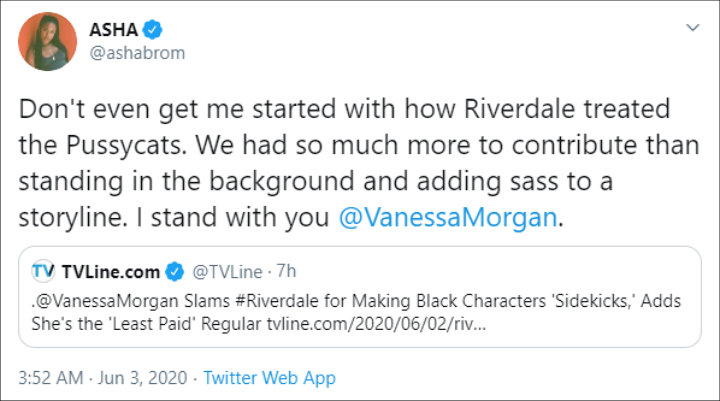 Lili isn't the only Vanessa's "Riverdale" co-star who responded to the latter's tweet. Asha Bromfield, who is known for playing the Pussycats on the show, also spoke out in response to Morgan's statement. "Don't even get me started with how Riverdale treated the Pussycats," she tweeted. "We had so much more to contribute than standing in the background and adding sass to a storyline. I stand with you @VanessaMorgan."

Vanessa Morgan 'Grateful' Her Pregnancy Was Written Into 'Riverdale' 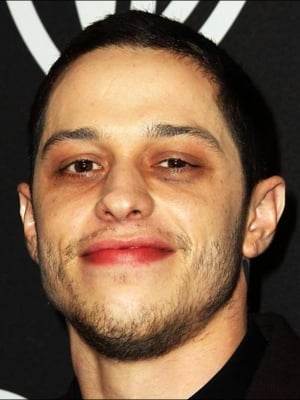