Also paying tribute to the Grammy winner, who died from complications related to the coronavirus, are Miranda Lambert, Sheryl Crow, Toby Keith, Mandy Moore and Seth Meyers among others.

The 73-year-old Grammy winner passed away at Nashville's Vanderbilt University Medical Center in Tennessee from complications related to the coronavirus. He was hospitalised last month and placed in intensive care for 13 days after testing positive for Covid-19.

Following news of his death, confirmed by his wife and manager, stars flocked to social media to share their condolences, with Springsteen remembering his friend and former collaborator as the "loveliest guy in the world".

"Over here on E Street, we are crushed by the loss of John Prine," he wrote on Twitter. "John and I were 'New Dylans' together in the early 70s and he was never anything but the loveliest guy in the world. A true national treasure and a songwriter for the ages. We send love and prayers to his family." 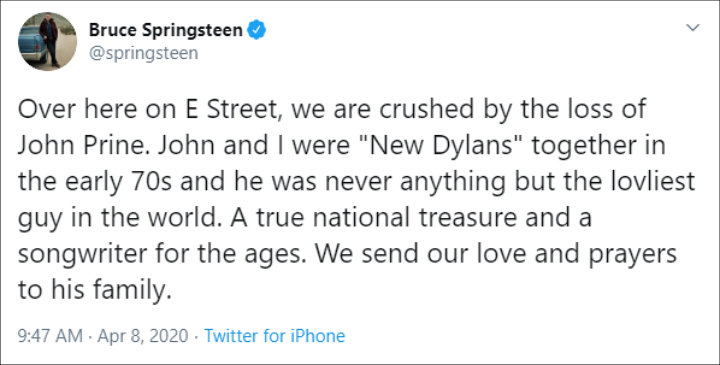 After meeting backstage at a Bob Dylan show in the 1970s, Springsteen and Prine became friends, and took to the stage together to perform Prine's "Paradise" in 1988. Springsteen went on to contribute backing vocals to the song "Take a Look at My Heart", which featured on Prine's 1991 album "The Missing Years".

Other stars to pay tribute to the country and folk music icon included Miranda Lambert, who shared a picture of herself and Prine on her Instagram page and wrote: "thank you for everything. One and only. #hellointhere #johnprine."

"My heart hurts learning that John Prine has passed away. He is singing with the angels. You will be missed but your songs will live on," Sheryl Crow wrote on her Instagram page, while Toby Keith added: "The great John Prine has passed away from the virus. He showed me how to "let it rip" when it comes to songwriting. There's a huge hole in the music world tonight. John did it best. RIP." 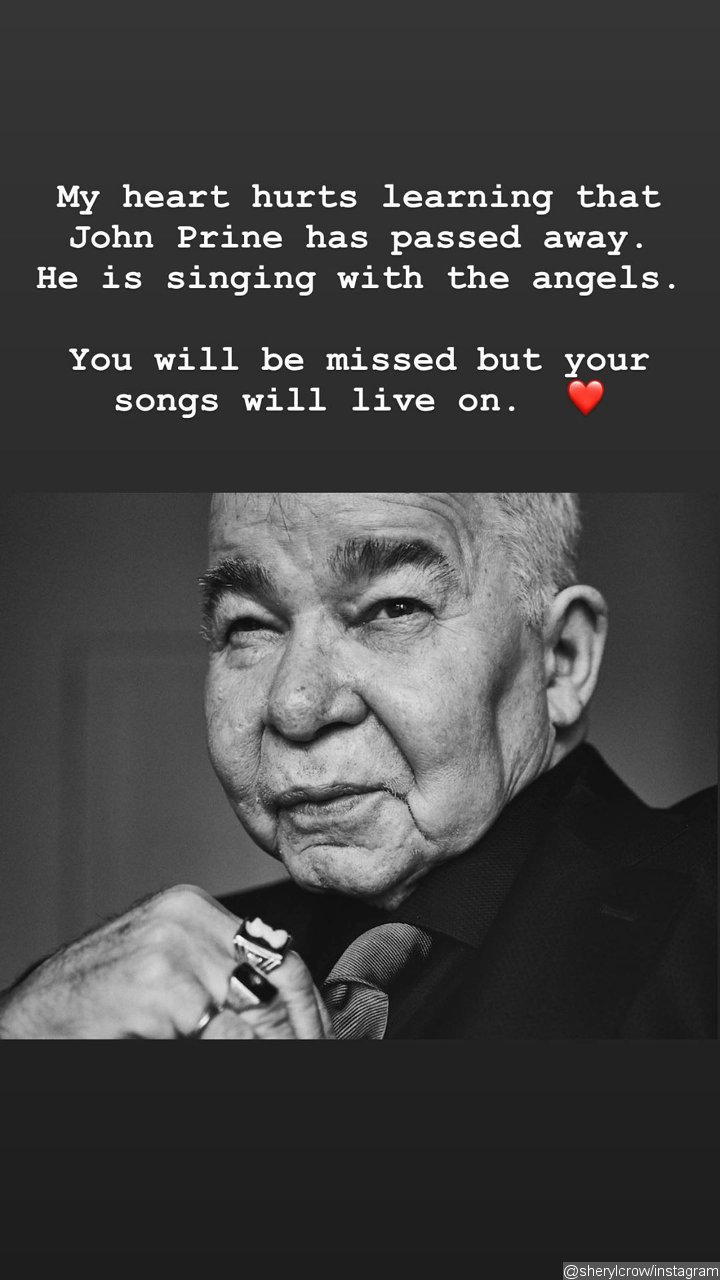 Kacey Musgraves, Mandy Moore, Seth Meyers and Margo Price also paid tribute to Prine, while The Recording Academy and The Country Music Hall of Fame and Museum also released statements after learning of his death.