The Libertines frontman has become a married man only a few days after confirming that he popped the big question to his Puta Madres bandmate Katia De Vidas.

The pair exchanged vows in a private ceremony that was so hush-hush, even one of the bride's cousins didn't know about the nuptials.

In an Instagram post on Thursday (30Sep21), Julia Mallet shared a photo of the bride in a white gown with the caption, "When you find out your cousin got married over night!! Congratulations Katia and Pete Doherty!!" 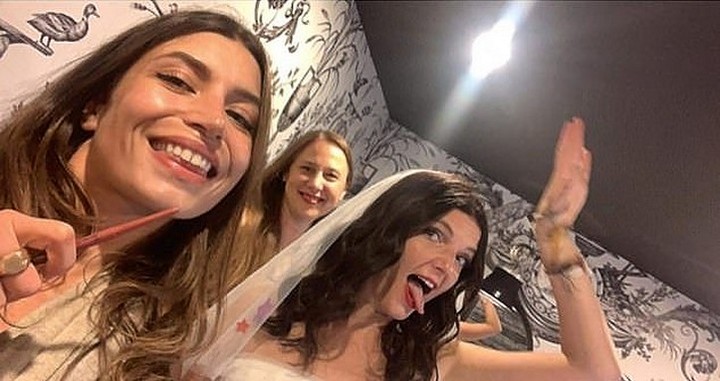 A relative of the bride reveals Pete Doherty's secret wedding

The engagement was also revealed on social media after de Vidas was spotted wearing a new ring in an Instagram post.

On Tuesday, a representative for the former Libertines singer confirmed that he and Katia, who have been together since 2012, had been engaged "for a while."

On the same day, Doherty also revealed he was over two years sober after kicking his heroin habit in an interview with BBC Scotland.

"I'm in recovery, I suppose," he said. "I'm two and a half years clean of heroin, which is a big deal for me and, yeah, I'm ticking along writing music."

Doherty's past loves include model Kate Moss and late singer Amy Winehouse, while he shares an 18-year-old son, Astile, with another ex, Lisa Moorish, and a nine-year-old daughter, Aisling, from his relationship with model Lindi Hingston.

Pete and his new bride are bandmates in Peter Doherty and the Puta Madres.

Pete Doherty Believes Marriage Got Him Out of His Addictive Cycle