When her fellow 'American Idol' judge insinuates that she should shave her leg hair, the 'Daisies' singer shuts him down by saying she'd rather cuddle with her daughter.

AceShowbiz - Katy Perry isn't conforming to others' beauty standard, not even when the advice comes from her close acquaintance. Taking to her Instagram Story, the mother of one shared a video of Luke Bryan trolling her about her leg hair and her perfect response to it.

In the video, the country music star told the 36-year-old singer on what looks like the set of "American Idol", "I know you're a mom and everything, but we gotta do something about this leg hair." The "Never Worn White" songstress, who appears to be the one holding the camera, then showed her unshaven leg.

"No, I don't got time!" Katy yelled at her fellow "American Idol" judge, though her face remained unseen. Citing her busy schedule as a working mom, she added, "I'd rather cuddle with my daughter!"

Luke apparently tried to stress his point by saying, "It is literally...," but Katy shortly cut him off by saying, "Yeah!" She even added a #MOMSKNOW hashtag to emphasize her case. 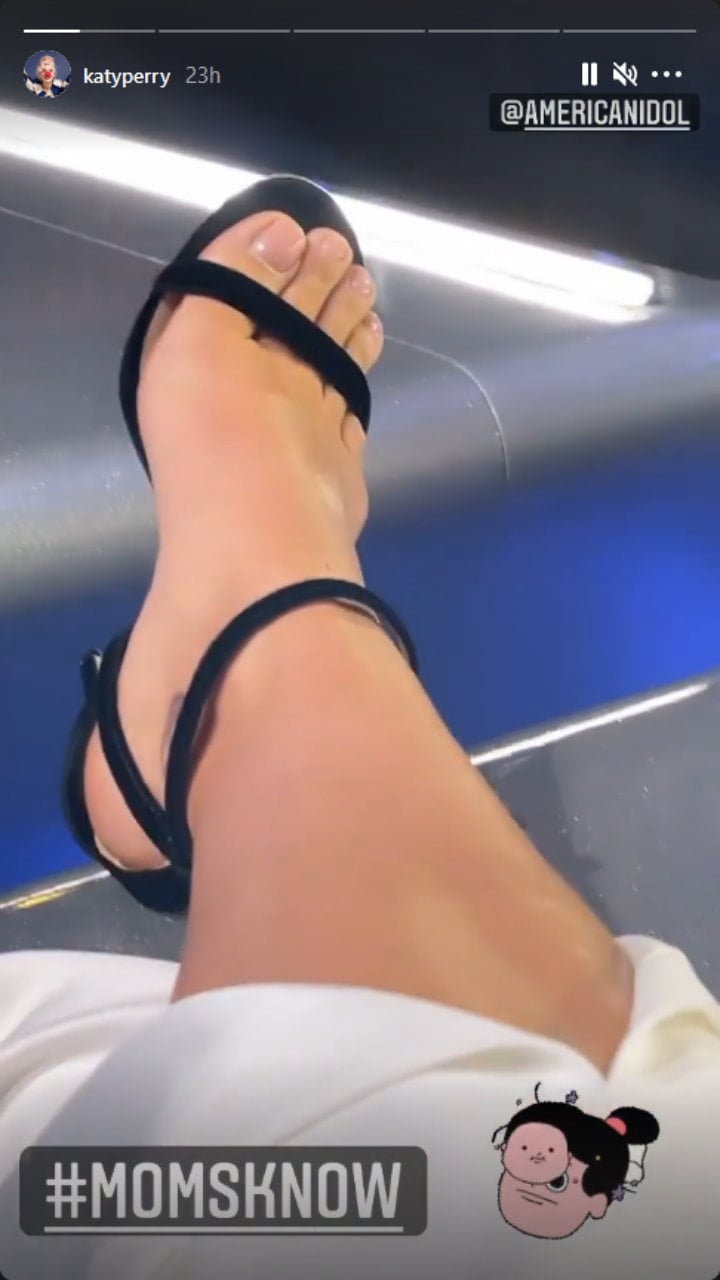 It's not the first time Katy's leg hair was brought into discussion during the filming of the ABC singing competition series. In an April 4 episode of the show, the "Teenage Dream" hitmaker admitted when giving a feedback to contestant Cassandra Coleman, "As a new mother, I don't have very much time, so I have quit shaving my legs. But when you sang, the hair on my legs grew an inch and a half. So, full-body chills."

Katy then propped her feet up on the judges' table to show her leg hair and Luke took a look before exclaiming, "She literally has leg hair!" Host Ryan Seacrest then quipped, "Thank you for the forensic report."

In the meantime, Katy recently celebrated her first Mother's Day as a mom. She marked it with a tweet which showed her gratitude for being a mom. "i found everything i was ever searching for when i became a mother. so grateful for that profound, deep love and honored to join the mama club. happiest Mother's Day," she tweeted on Sunday, May 9.

Meanwhile, his fiance Orlando Bloom paid tribute to her with a hilarious Instagram post. "Got myself a real catch. Sending love and respect to all the amazing people who have shaped our lives, supported us and loved us unconditionally. Happy Mother's Day," so he wrote alongside an edited picture of him smiling enthusiastically while holding Katy as a mermaid.