The former 'Jack Osbourne: Adrenaline Junkie' presenter takes to Instagram to share a photo of the couple, his parents Ozzy and Sharon Osbourne as well as his three kids all smiles during the fun-filled trip.

AceShowbiz - Jack Osbourne seemed ready to take his relationship with Aree Gearhart to the next level. Months after going public with the new romance, the former presenter of "Jack Osbourne: Adrenaline Junkie" revealed that he took his girlfriend along with him during a vacation with his children and famous parents.

On Sunday, August 30, the 34-year-old shared an adorable Instagram photo of him as he posed with Aree, his parents Ozzy Osbourne and Sharon Osbourne, and his three daughters, 8-year-old Pearl, 5-year-old Andy Rose, and 2 year-old Minnie Theodora, whom he shares with ex-wife Lisa Stelly. "Vacation vibes! #Summer2020," he captioned the fun-filled trip snapshot.

Jack's post received positive feedback from many, including a number of fellow celebrities. Sibel Kekilli, a former cast member of "Game of Thrones", raved, "Love this photo! Beautiful family. Your girls are gorgeous," while Amy Bruni, the star and executive producer of "Kindred Spirits", simply exclaimed, "All smiles!" 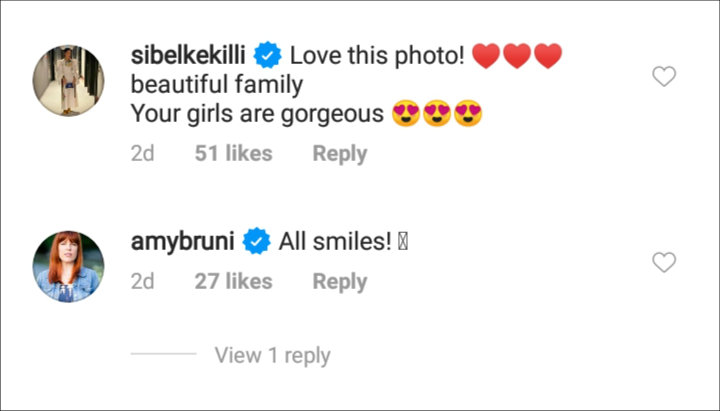 Following in the footsteps of Jack in making public the photo from the family gathering was Aree herself. She shared the same image in her own Instagram page, and wrote, "Family vacay." She followed it up with another snap that captured him wrapping his arms around her from behind as they smiled for the camera.

This was not the first time the younger brother of Kelly Osbourne brought Aree along when he was out with his family. Us Weekly reported that he and his girlfriend spent Christmas with his family, before she joined him and his children on a family trip to Hawaii the following month.

Jack and Aree went public with their relationship at American Music Awards in November 2019. The "Ozzy & Jack's World Detour" star then made their romance Instagram official by sharing a series of pictures from their night out. The photos revealed that they were joined by his sister Kelly, and that they partied with Post Malone.

Reginae Carter Drunkenly Hits Back at Haters Mocking Her Looks - Watch the Video!