The former fiancee of Rob Kardashian sides with the 'Follow God' rapper after his Twitter meltdown, maintaining that his comments regarding his mother-in-law 'should not be entirely ignored.'

AceShowbiz - Blac Chyna is taking advantage of Kanye West's latest bipolar episode to further her own case against the Kardashian-Jenner family. The former music video vixen, who is suing Kris Jenner and her children over the cancellation of E!'s "Rob & Chyna", is using the rapper's comments on his mother-in-law to support her claims about the momager.

"Chyna of course wants her daughter Dream's 'Uncle Kanye' to get whatever help he needs," she said through her attorney Lynne Ciani on Thursday, July 23. "However, Chyna does not want all of his recent statements regarding his mother-in-law summarily dismissed as 'crazy' as some people apparently would like to do."

During his Twitter rant, Kanye called Kim Kardashian's mother "Kris Jong-Un", a reference to North Korea's dictatorial leader. Noting that she "vehemently disagrees" with the GOOD Music founder's statements that "slavery was a choice" and that Harriet Tubman "never actually freed the slaves," Blac maintained that his comments regarding the 63-year-old reality TV star "should not be entirely ignored" based on her own negative experience working with Kris.

In one instance, Blac claimed that Kris used a racist slur, "ghetto," to describe her action when she took food from her refrigerator and moved it into her own home. According to Page Six, the Lashed Salon owner has also submitted evidence to court that allegedly proves Kris lied twice about Blac beating "the s**t" out of her then-fiance Rob Kardashian's face.

Blac's comments on Kanye's bipolar episode come after his wife Kim released a statement on her husband's condition. "He [Kanye] is a brilliant but complicated person who on top of the pressures of being an artist and a black man, who experienced the painful loss of his mother, and has to deal with the pressure and isolation that is heightened by his bipolar disorder," she wrote on Instagram Stories on Wednesday.

"Living with bi-polar disorder does not diminish or invalidate his dreams and his creative ideas, no matter how big or unobtainable they may feel to some. That is part of his genius and as we have all witnessed, many of his big dreams have come true," she added, before asking "the media and public [to] give us the compassion and empathy that is needed so that we can get through this." 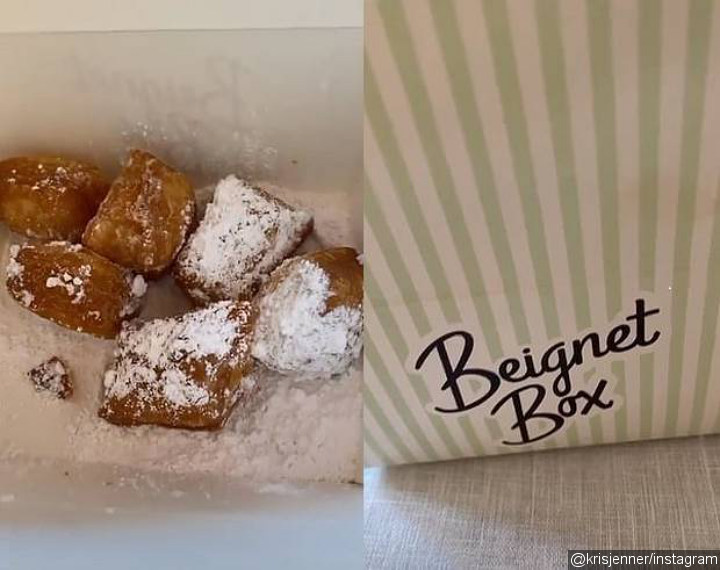 Kris, meanwhile, broke her social media silence on Wednesday following Kanye's Twitter rant. Instead of addressing his insults directed at her and her daughter Kim, the matriarch posted a video on her Instagram Story showing a box of beignets from the bakery Beignet Box.