Also paying tribute to the 'Twenty Years From Now' singer, who was tragically killed in a three-vehicle accident in New Mexico, are the likes of Pat Green, Josh Abbott and Randy Rogers.

The "Twenty Years From Now" singer was killed in a three-vehicle accident in New Mexico, which also claimed the life of a teenager, and Maren was quick to honour her old festival pal upon hearing the tragic news.

Maren took to Instagram on Thursday to remember her fellow Texan, writing: "Your soulful voice and Texas beauty was always jaw-dropping, even when we were teenagers at the Larry Joe Taylor festival."

Morris also shared a photo of Harris, adding: "Thinking of your family and your precious baby girl right now. Rest in peace." 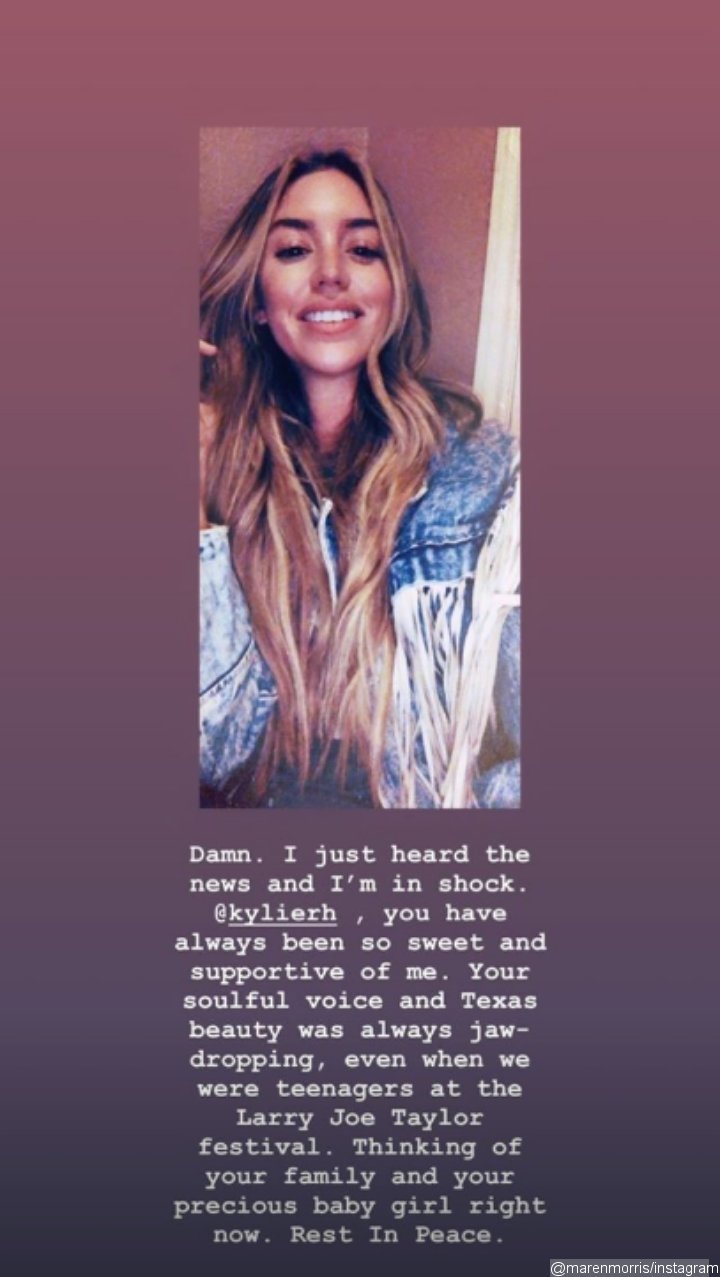 Harris leaves behind a six-year-old daughter.

Pat Green, Josh Abbott, and Randy Rogers have also been among those paying tribute to the singer, with Rogers calling Harris "a really bright shining light".