While the 24-year-old model takes the former 'The Bachelorette' star to the somber family affair in the Netherlands, her brother Anwar Hadid brings along girlfriend Dua Lipa.

AceShowbiz - Gigi Hadid appears to have confirmed her romance with reality TV star Tyler Cameron by taking him to her grandmother's funeral.

The 26-year-old former "The Bachelorette" star was spotted at the family gathering in The Netherlands on Wednesday (September 04), as Gigi, her siblings Bella Hadid and Anwar Hadid, and their mum Yolanda Hadid said farewell to Ans van den Herik.

Tyler was the doting boyfriend at the sad affair, walking with his arm around 24-year-old Gigi's shoulder and holding her close as she paid her respects to her beloved grandmother.

Gigi shared a photo of herself, Bella and their cousins placing their hands on their grandmother's casket on social media and added the caption: "We love you Oma." 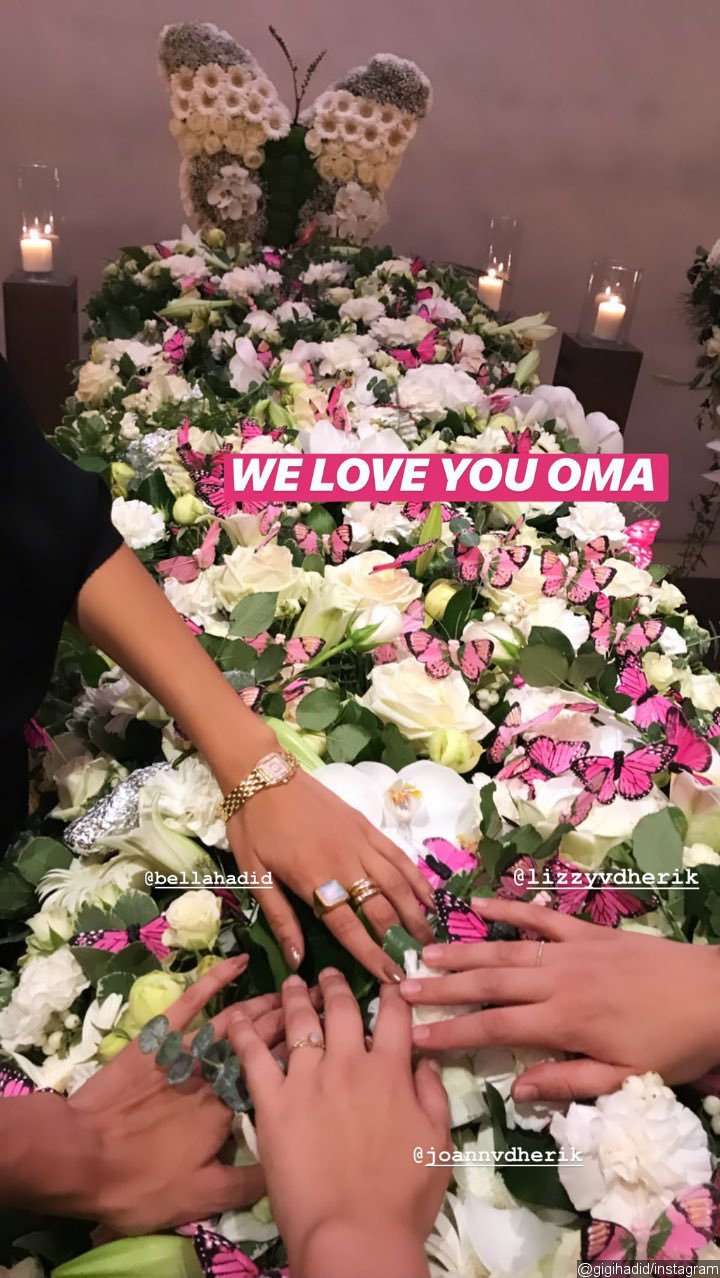 Gigi Hadid shared a picture of her placing her hand on her grandmother's casket.

She also took to Instagram to post photos of her late grandma, adding: "OUR QUEEN ANGEL fought cancer six times in her life with courage, strength, and grace while being the greatest mother and grandmother. She is an honorable guide we will carry with us forever. We love you more than words, our beautiful wonderful Oma."

Gigi, who previously dated Zayn Malik, has reportedly been dating Tyler for weeks after his turn on the latest season of "The Bachelorette" ended.