The 'Avengers: Endgame' co-director teases that the 'Isn't It Romantic' actress is in talks with Marvel about starring in a future project in the franchise.

AceShowbiz - With Marvel Cinematic Universe is ready to end its phase 3 with the release of "Avengers: Endgame", it's very normal that the studio is looking for new faces to star in future projects. After recently adding Brie Larson as Captain Marvel to the fold, Priyanka Chopra could be the next female star to get her own superhero movie.

Joe Russo recently hinted that Marvel has been in talks with the Indian actress about possibly joining the franchise. The co-director of "Avengers: Infinity War" and "Endgame" recently went to Mumbai, India to promote the upcoming movie, during which he teased his possible collaboration with the actress in a future movie.

"I'd love to work with Priyanka," Russo said, as reported by Hindustan Times. He coyly added, "I'm smiling only because we're potentially talking to her about something. I'm just not going to say what yet."

While Russo was talking at a press event for a Marvel movie, he didn't specify which project that Chopra is being approached for. Thus, there's a chance that he might work with the "Quantico" alum for a movie outside the MCU. He and his brother Anthony Russo have plenty of other projects in plate outside the franchise after all.

Chopra, the winner of the Miss World 2000 pageant, was one of India's highest-paid and most popular celebrities before she expanded her career to Hollywood. She landed the lead role on ABC's series "Quantico", which ran from 2015 until 2018. Among her notable film credits are "Baywatch" (2017) and "Isn't It Romantic" (2019). She has also been announced to join the cast of "Cowboy Ninja Viking".

"Avengers: Endgame" is touted to be the most crowded superhero movie, with Chris Evans, Robert Downey Jr., Scarlett Johansson, Chris Hemsworth, Mark Ruffalo, Jeremy Renner, Paul Rudd and many more set to reprise their respective roles. Some of them, however, are not expected to survive the second showdown with Thanos (Josh Brolin) and may not return in future films.

Beth Chapman Not Sure She Can Beat Throat Cancer: 'I Could Be Dying' 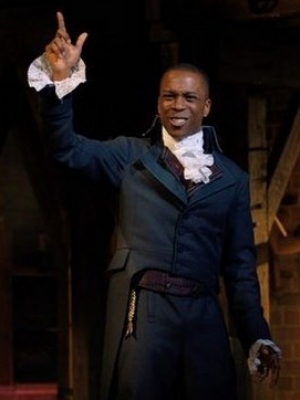