Attending a performance of Broadway hit 'Hamilton' in London, the rumored lovebirds allegedly kiss each other sometimes.

AceShowbiz - It looks like Andrew Garfield has already gotten himself a new girlfriend shortly after calling it quits with rumored girlfriend Rita Ora. "The Amazing Spider-Man" actor sparks dating rumors with Irish comedian Aisling Bea after they were spotted getting cozy while watching a performance of Broadway hit "Hamilton" in London.

In one photo which has been circulating online, Andrew could be seen draping his arm around the comedienne as they chatted while waiting performers to come onstage. Both looked casual in color-coordinated outfit during the outing. An eyewitness told E! News that the 35-year-old actor and Aisling were "kissing each other sometimes." 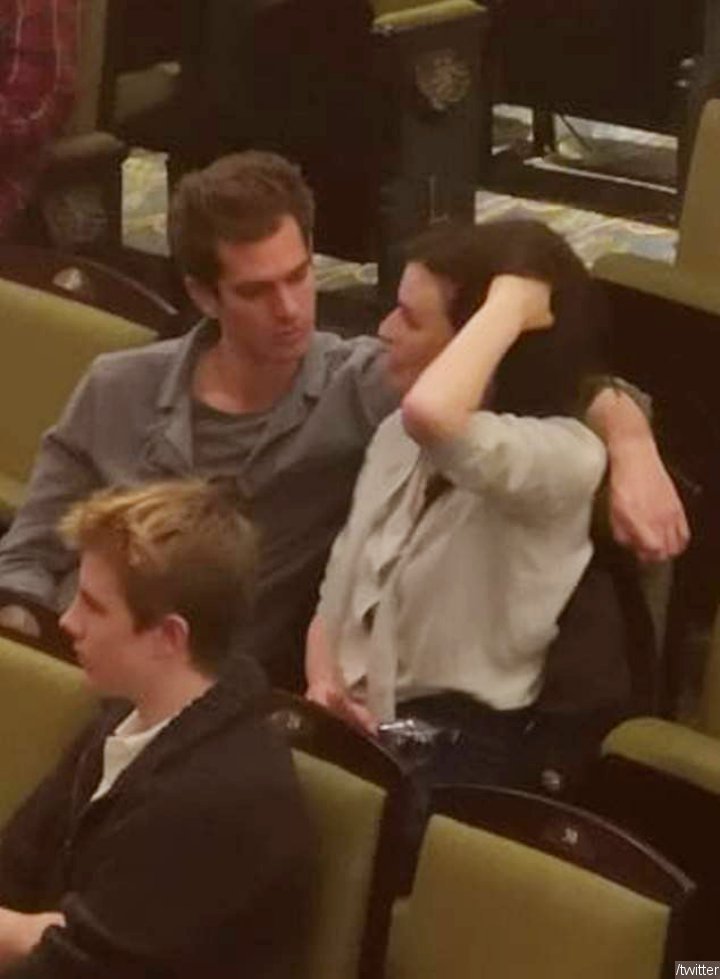 This arrives after Andrew reportedly split from rumored girlfriend Rita after just four months of dating. "They [Rita and Andrew] spent Christmas together and she thought things were going well between them," a source previously said of the alleged exes. "Her career is going from strength to strength and she [lives] her life in the spotlight but he told her he wanted to lead a more private life. Rita had tried to do that and had kept their romance off social media but things didn't work out."

Prior to being linked to Rita and Aisling, Andrew famously dated Emma Stone after starring in "The Amazing Spider-Man" together. They started dating in 2011 before breaking up four years later. He was also linked to Susie Abromeit from "Marvel's Jessica Jones".

On the other hand, Aisling allegedly broke up with Michael Sheen. The pair first sparked romance rumors in May last year when they were spotted leaving the NHS Heroes Awards together.

Aisling is now busy with the production of her upcoming comedy series, "Living with Yourself", which is set to premiere on Netflix and star Paul Rudd. Meanwhile, Andrew is currently performing on the theater stage in London for Mia Coppola's play "Mainstream".