Artist of the Week
GOT7 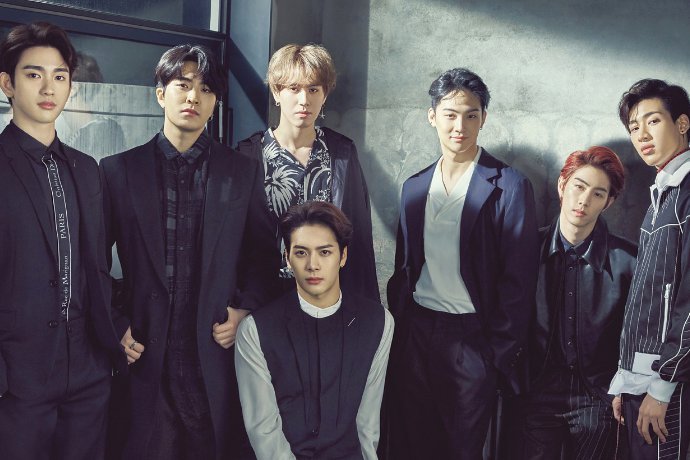 Facing the tough competition in music industry in South Korea is not easy, but because of their nonstop promotion, GOT7 managed to survive just fine. The seven-piece boyband has now become one of the immensely popular Korean acts in the world.

They recently made a very successful comeback with their new mini album "Eyes on You". The new effort debuted at No. 2 on Billboard's World Albums chart as well as Billboard's Heartseekers Albums chart. The album sold 2,000 traditional album units on its first week of release, marking one of the group's best first sales week in the United States.

The lead track off the album, "Look", also gained similar success after it debuted at No. 3 on World Digital Song Sales chart. The song also debuted at No. 21 on the YouTube chart, marking the group's first appearance on the chart in addition to becoming the 16th Korean act to appear on the chart. As of now, the music video for the song has garnered more than 29 million views.

Despite their success, GOT7, who first grabbed the world's attention with their acrobatic performances, said that they still wanted to aim higher and improve themselves. "We still have a lot of ambition to go higher," they said. "There are times when we make mistakes on stage, but we have confidence in our skills. We're just regretful in terms of results and popularity, so we're going to go higher. We're happy that we still can go higher."

In support of the album, the group will embark on a world tour which will kick off at Jamsil Indoor Stadium in Seoul on May 4. They will travel through cities in Europe, Asia and North America, which include Toronto, Los Angeles, Houston and New York. The 17-trek tour will wrap up on August 24 at Asia World-Expo Arena in Hong Kong.

Not By the Moon (Dance Practice Part Switch Version)

Formed by JYP Entertainment, GOT7 is a South Korean boyband consisting of seven members, Jackson, Jinyoung, Mark, Youngjae, BamBam, Yugyeom and leader JB. Prior to debuting in 2014, Jinyoung and JB made their debut as actors when they starred on "Dream High 2". They later debuted as a pop duo JJ Project and released a single titled "Bounce". » more