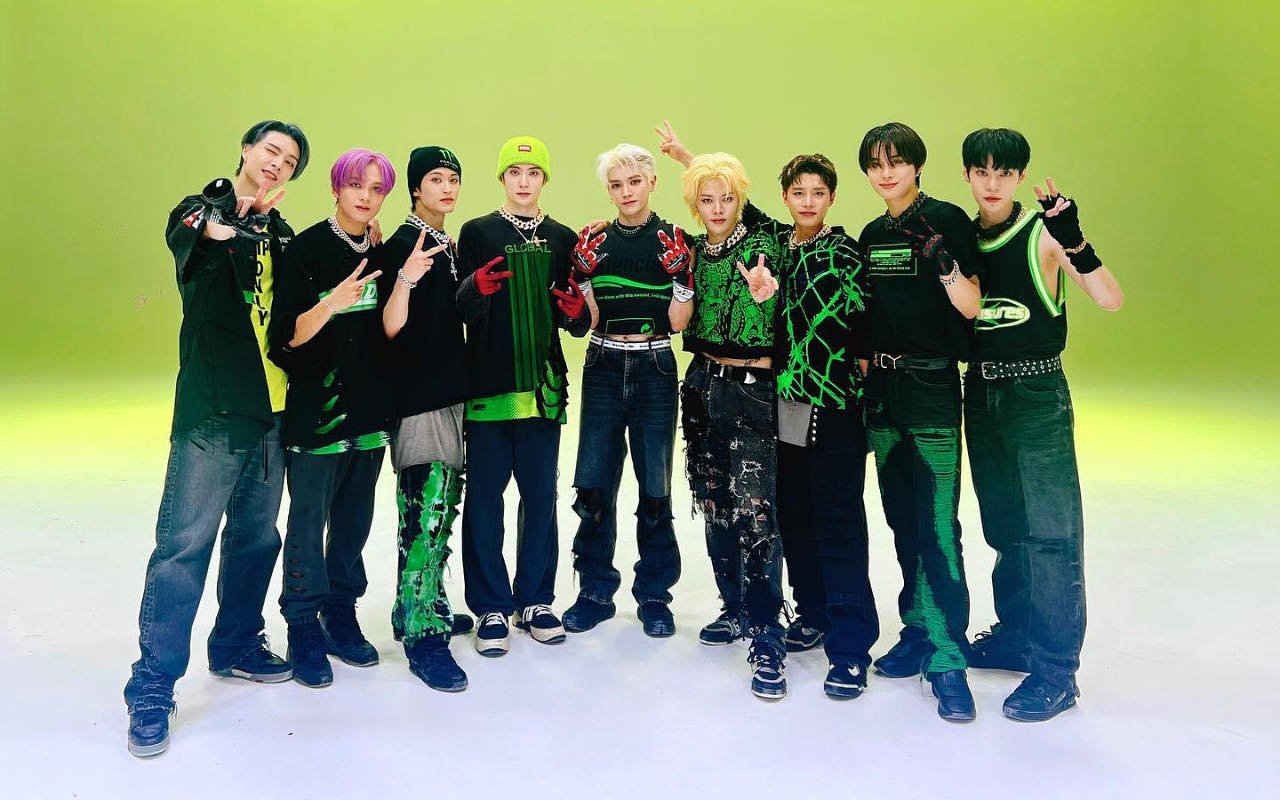 NCT 127 is celebrating as it dominates music charts following the release of their fourth studio album "2 Baddies". Arriving on September 16, the project debuted at No. 1 on iTunes' Top Album charts in Mongolia and Uzbekistan.

The album also peaked at No. 2 on the worldwide iTunes album chart. It ranked among the top 3 in numerous countries, including Singapore, Taiwan, Turkey, Vietnam, Thailand, Hong Kong, Indonesia, Malaysia, the Philippines and more.

"2 Baddies" consists of 12 tracks, including the title track, "Faster", "Time Lapse", "Crash Landing" and "Designer" among others. The former boasted itself in the top 10 on iTunes' Top Songs charts in several countries such as Mongolia, Colombia, Thailand, Indonesia and Uzbekistan.

Offering more details about the album, one of the group's members Johnny told Grammy.com, "Each song has more of a hip-hop sound than before. You can really tell how much time we took to make the album." He added, "The quality is very high and all our members' vocals are well-portrayed throughout the album as well."

"What's different is definitely for "(2 Baddies)," the title song, is going to be the performance in my opinion. There's a lot more smiling than the other songs that we formed," he went on elaborating. "I think our fans will really notice how much fun we're having while performing. That's got to be the biggest difference from the other songs we had before."

NCT 127 celebrated the album release by hosting a comeback show at KINTEX (Korea International Exhibition and Convention Center) 7Hall and live-streamed via Beyond Live. The boy band, which is a sub-unit of NCT, is also set to perform at concerts in Los Angeles and New York to promote the album in North America.

Of the upcoming gigs, Jaehyun said, "We're definitely excited because it's been such a long time since we've been to the U.S." He continued, "We've prepared that much for the concert and we're coming up with a new album, so I think that would be added as a new thing to do on tour."

Sticker (Will Not Fear Remix)

[c=NCT 127] is a second sub-unit of the South Korean boy group [c=NCT]. As part of the larger group which consists of 21 members, all ten members of NCT 127 were cast through various auditions and trained under SM Entertainment's trainee group SM Rookies.

After their successful debut, additional members [c=Johnny] and [c=Doyoung] joined the group in December 2016. The now-nine-piece group began the promotion of their second EP "Limitless" with the release of the music video for its title track on January 5, 2017. The EP was once again a commercial success, debuting atop Korea's Gaon Album Chart and the Billboard World Albums Chart.

Within only six months, on June 14, 2017, NCT 127 returned with their third EP, "Cherry Bomb", with the lead single of the same name. The album peaked at number two on the Gaon Album Chart, while the lead single was named one of the best K-pop songs of the year by Billboard and Idolator.

In 2018, all active units of NCT worked together on a full-length studio album called "NCT 2018 Empathy". As part of it, NCT 127 released the single "Touch" on March 14. Later in May of the same year, NCT 127 released their Japanese debut EP "Chain", which peaked at No. 2 on the Oricon Album Chart.

In September, [c=Jungwoo] joined the group as the tenth member. In the following month, the group released their first full-length album, "Regular-Irregular", which debuted at number 86 on the U.S. Billboard 200. Spreading their wings in the United States, they performed English version of the lead single, "Regular" and "Cherry Bomb" on "[t=Jimmy Kimmel Live!]", marking their first appearance on U.S. national television. Their extensive promotions in America included a performance at ABC's Mickey's 90th Spectacular TV special on November 4.

On October 21, NCT 127 released a digital EP, "Up Next Session: NCT 127", through Apple Music. It contains alternate versions of previous singles "Fire Truck", "Cherry Bomb" and "Regular" as well as a new track, "What We Talkin' Bout", which features American singer [c=Marteen]. On November 23, NCT 127 released the repackaged edition of "Regular-Irregular", titled "Regulate", along with the lead single "Simon Says".

In the midst of their heavy schedule, it was announced that Winwin would not be participating in the comeback activities in order to prepare for his debut with [c=WayV]. Meanwhile, Haechan was taking a hiatus from the group since December 19 due to injuries.

In January 2019, NCT 127 announced their first concert tour, "Neo City - The Origin", which extended through July and included stops in South Korea, Japan, North America, Latin America, Europe and Southeast Asia. Haechan rejoined the group beginning with the Japan leg of the tour in March 2019.

In the middle of the tour, NCT 127 was featured in [c=Jason Derulo]'s single "Let's Shut Up & Dance", which was released on February 22. On April 17, they dropped their first Japanese studio album, "Awaken", which was preceded by the lead single "Wakey-Wakey" released on March 18.

Ahead of the North American leg of their tour, the group made appearances on "[t=Good Morning America]" and "[t=Strahan and Sara]" on April 18. They also performed on "[t=The Late Late Show with James Corden]" on May 14. At this stage, the group continued their activities as nine, while Winwin was promoting with WayV. Still in the middle of the tour, their released their fourth EP, "We Are Superhuman", on May 24, 2019.

"We Are Superhuman" debuted at number eleven at the Billboard 200 albums chart with 27,000 album units, becoming their second entry in the chart. It also became their second number one album at the World Albums chart. In August of the same year, Jungwoo was announced to sit out of the group's activities due to undisclosed health reasons.

The group continued to perform at the 2019 Global Citizen Festival in New York in September 2019 and released their first live album, "Neo City: Seoul - The Origin", on October 24. In November, NCT 127 took the stage at the 2019 MTV Europe Music Awards in Seville, Spain, becoming the first K-pop group to perform in the ceremony. They also took part of the 2019 Macy's Thanksgiving Day Parade in New York on November 28, making them the first Korean artist to perform at the event, followed by a performance on "[t=Today]" show a day later.

In 2020, NCT 127 prepared for their comeback with Jungwoo set to return following his hiatus. On March 6, 2020, they released their second Korean studio album, "Neo Zone", which was preceded by the release of a music video for "Dreams Come True" in January. "Neo Zone" was described as the group at their best by Alexis Hodoyan-Gastelum of Consequence of Sound, and reached another highest for the group as it debuted at number five on the U.S. Billboard 200. As part of their promotional activities, the group performed at the 2020 RodeoHouston in Houston on March 10.