Artist of the Week
Imagine Dragons 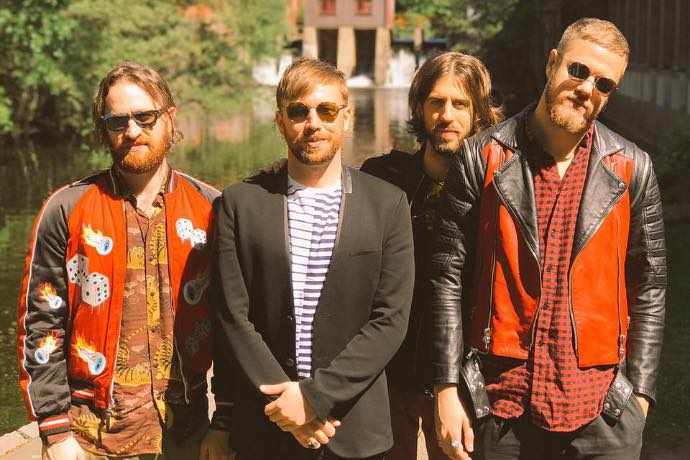 It is no doubt that Imagine Dragons is one of the hottest rock bands in the world right now. After releasing their new single "Next to Me", the Dan Reynolds-led band becomes the first act to monopolize the top four spots on Billboard's Alternative Digital Song Sales and Rock Digital Song Sales.

The songs which rule the chart are "Thunder", "Whatever It Takes", "Believer" and "Next to Me". Additionally, their latest album "Evolve" becomes the first album to generate at least three No. 1 tracks on Billboard's Alternative Songs airplay chart this decade, as "Whatever It Takes" rose from No. 2 to No. 1 last week.

Earlier this month, Imagine Dragons premiered a 11-minute music video for "Next to Me". Directed by Mark Pellington, the music video features Reynolds playing a man who makes a tragic mistake that lands him on death row.

Pellington described the music video as a "complex and slightly surreal fable about forgiveness and redemption." He explained, "It is an ambitious music film, taking the traditional music video and breaking it apart, pushing it into film territory. I wanted to create something new, a narrative piece that was thematically complex and musical and I knew it needed to be longer."

Imagine Dragons is currently on tour in support of their latest album. They recently extended the trek with a new run of North American dates. The additional leg will kick off on June 5 in Hartford and wrap up on October 20 in Dallas. Tickets went on sale to the general public on March 3.

Besides hitting the road for their tour, the band will headline the 2018 National Soccer Hall of Fame Weekend in October. They will also hit the stage at the NCAA March Madness Festival along with Maroon 5. The festival will take place from March 30 to April 1 at Hemisfair in San Fransisco.

Singer Dan Reynolds and drummer Andrew Tolman of Imagine Dragons met way back in 2008 when they were still students at Brigham Young University. Having the same passion in music, the duo recruited more members to complete lineup for their dream band. That's when Tolman's Daniel Wayne "Wing" Sermon and Sermon's college friend Ben McKee came in. » more