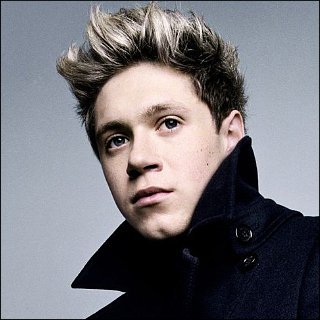 %cNiall Horan% was actually born Niall James Horan on September 13, 1993 in Mullingar, County Westmeath, Ireland. He was into music from young age and used to perform in school plays and sing in the school choir. During his time as a pupil in Christian Brothers School Colaiste Mhuire, he participated in the institution's talent show, singing The Script's "The Man Who Can't Be Moved", but lost. Persistently performing around his homeland, he subsequently won a local competition with a cover of %cChris Brown%'s "With You" and in 2009 he landed a supporting performance for %cLloyd Daniels%, the youngest act in "The X Factor" of the year, in Dublin.

The following year, Niall auditioned for "The X Factor", covering hit singles "I'm Yours" and "So Sick" and was accepted to the next round. He failed to make it to the final and thus was evicted from the TV talent competition, but was later re-called with four other rejected singers %cHarry Styles%, %cLiam Payne%, %cLouis Tomlinson% and %cZayn Malik% to be put together in a band called %cOne Direction%. Finishing third at the show, the boys were later signed to %cSimon Cowell%'s record label Syco. The band's debut single "What Makes You Beautiful" successfully peaked at number one in the UK, and won Best British Single at the 2012 Brit Awards. Their first album "Up All Night" also topped charts in both UK and US, making the boys the first UK group to debut at No.1 in the US Billboard charts. Their follow-up albums, "Take Me Home" (2012) and "Midnight Memories" (2013), were chart-topping as well.

Already playing guitar since childhood, Niall admitted to be a 'big swing' fan and named %cFrank Sinatra%, %cDean Martin% and %cMichael Buble% as his favorite artists. Besides, he also liked rock music and is a fan of %cThe Eagles%, %cBon Jovi% and %cThe Script%.

Following the departure of former member Zayn, One Direction announced in March 2016 that they're taking hiatus to pursue the members' solo careers. Niall kicked off his solo debut by releasing a single "This Town" in September, with his second single "Slow Hands" arriving in May 2017. Written by Niall, Alexander Izquierdo, John Ryan, Julian Bunetta, Ruth Anne Cunningham and Tobias Jesso Jr., "Slow Hands" marked his second top 20 entry as a solo artist on the U.S. Billboard Hot 100, reaching No. 11 and surpassing the No. 20 peak of his preceding single "This Town".

Niall continued his solo career with singles "On the Loose" and "Seeing Blind" feat. %cMaren Morris% before criss-crossing the globe for a tour in support of the forthcoming album, "Flicker" which kicked of on August 29. Niall's first solo full-length effort, which is said to have  "folk-with-pop feel to it" as it was highly inspired by classic acts such as %cFleetwood Mac% and %cBruce Springsteen%, is set to arrive on October 20.

While Niall's singing career is going off strong, it seems like it's not the case when it comes to his romance life. The Irish singer appears to embrace singledom, though he was previously linked to %cCeline Helene Vandycke% and %cJessica Serfaty%. %cKaty Perry% previously joked that Niall tried to flirt with her, to which Niall responded that he just wanted to be Katy's friend.