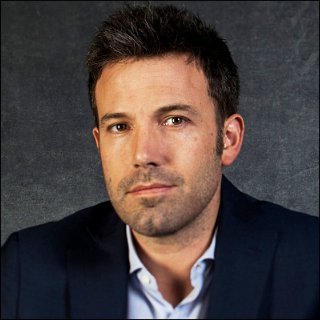 Benjamin Geza Affleck originally born in Berkeley, California, USA on August 15, 1972 is notable as one of many American prominent actors. He was born to an Irish mother, Chris Affleck, who worked as a schoolteacher and a Scottish father Tim Affleck worked as a social worker, but both were divorced. Later on Ben was raised in Cambridge, Massachusetts, USA and when he was "very" young he worked for a Burger King commercial. At his 8 years old that was in 1984 Ben got his first steady acting job on the PBS mini-series "The Voyage of the Mimi". At the same time he met his best friend and fellow actor, Matt Damon with whom he played in a small league and took drama classes together. Anyhow, Ben also studied at Cambridge Rindge and Latin High School from which he graduated in 1990 before went on studied at Occidental College in Middle Eastern, but dropped out after 1 year there. He also subsequently enrolled the University of Vermont, yet dropped out after his first semester.

Since their first meeting, both Ben and Matt became closer than before that they agreed to focus mainly in TV movies and small television appearances, including "Hands of a Stranger" (1987) and "The Second Voyage of the Mimi "(1988). Five years later, that was in 1993, Ben was cast in "Dazed and Confused", his first introduction into feature films before his performance in such independent films, as Kevin Smith's "Mallrats" (1995) and "Chasing Amy" (1997), both of which played a very big deal for his career, receiving renowned appreciation for his works at the Sundance Film Festival. The ups and downs in film world had turned Ben to desperation so that he and Matt took a break concerning their getting tired of being given the forgettable supporting roles in films rather than granted the big ones. Feeling the same way of their same problem, both pals started to show up their real ability in writing their own film script, where they could call all the shots.

Finally, in 1997, Ben and Matt could proudly finish their first script ever for "Good Will Hunting" and gave it to their agent, Patrick Whitesell who showed it to a few Hollywood studios. At the beginning, their 'struggle' seemed failed for they didn't get any respond from Castlerock who accepted their script but didn't want to give Ben and Matt the control over the project they were hoping for. On the other hand, Kevin Smith, a friend of them, took the script to the head of Miramax who gave Ben and Matt the control they longing for. 1997, as expected, had became a golden year for the two because the "Good Will Hunting" which was released in the year had completely turned their status from unknown into famous actors. The "Good Will Hunting" has at the end become a very strong evidence for Ben and Matt achievement in filming as it successfully won one from the total 9 Academy Awards the film had been nominated for, mainly for Best Writing, Screenplay Written Directly for the Screen. Yet, Ben and Matt, without any reasons given, had reported to sell their "Good Will Hunting" (1997) script for $600,000.

The success of Good Will Hunting has marked a breakthrough for Ben's career, in which he was given for the first time the chance to choose roles instead of having to go through difficult and tiring auditions. Ben used the good chance playing such roles in the blockbuster films as in a 1998 action adventure and science fiction film "Armageddon", tells about a group of blue-collar deep core drillers who are sent by NASA to deflect an asteroid on a collision course the earth. Besides, Ben also chose the romantic comedy film "Shakespeare in Love" (1998) to play in and he, in 2001, played in war film "Pearl Harbor" where he played along with Alec Baldwin, Josh Hartnett and Kate Beckinsale. From that time, Ben got his next roles in many other famous films, one of them is "Daredevil, The Movie" (2003) for which he was known for his action as a child named Matt Murdock who is splashed by some radioactive materials in a road accident that makes him blind. This film continuous to tell how he learns to overcome his disability and develop a form of sixth sense that allows him to 'see' by using sound waves to create a mental image of his surroundings.

Keep working on his acting talent, Ben then got his next role in "Gigli" (2003) which is written and directed by Martin Brest and in which he played along with Jennifer Lopez, Al Pacino and Christopher Walken. Still in the same year within he played in his third movie, which was "Paycheck". It is a short story by science fiction writer Philip K. Dick, involving an engineer, who, after working two years on a secret project, had those two years erased from his memory. Later on, in 2004, Ben was known for his action in "Jersey Girl" and a comedy film directed by Mike Mitchell, "Surviving Christmas." More came in 2006 as he was spotted taking parts in titles like "Man About Town", "Clerks II", "Hollywoodland", and "Smokin' Aces", which placed him alongside other celebrated names such as Andy Garcia, Jason Bateman, Ryan Reynolds, and Alicia Keys.

Not resting on his acting laurels, Ben boldly took a foray in film directing afterwards, marking his debut with "Gone Baby Gone" (2007), a mystery drama based on the Dennis Lehane novel of that he also penned and produced. Much to his delight, the movie received mostly positive reviews with Rotten Tomatoes reporting a score of 93 percent "fresh", subsequently opening another promising path for him to undergo in Hollywood film industry. Still, he went back to stand in front of the camera to film the star-studded "He's Just Not That Into You" (2008) followed by another on-screen collaboration with Matt in an untitled flick slated for a 2009 release. Here he would play Michael Banks while Matt portrays J. Gordon Cooney, two lawyers at a Philadelphia firm who fight a 15-year battle to free an innocent man on death row.

Acting aside, Ben also is famous for his much-publicized love life. He dated Gwyneth Paltrow since 1998 and broke up with her in January 1999. After that he dated actress singer Jennifer Lopez, whom he engaged to in November 2002 but then split in January 2004. Ben then dated Jennifer Garner, his co-star in "Daredevil," and married her on June 29, 2005 at the Parot Cay resort in the Turks and Caicos Islands, the British colony southeast of the Bahamas. The couple happily welcomed their first child, a daughter named Violet Anne Affleck, on December 1st the same year.