Despite insisting that following in her partner's ex-wife's footsteps is 'dangerous,' the 'Dancing with the Stars' pro dubs her soon-to-be baby daddy's former spouse 'an amazing woman.'

AceShowbiz - Sharna Burgess has made it clear that she won't be following in Megan Fox's footsteps. During a Q&A on her social media platform, the "Dancing with the Stars" pro said that she believes it's "dangerous" to do such a thing.

On Tuesday, March 8, the pregnant professional dancer took to her Instagram Story to answer some questions asked by her followers. One question read, "How do you deal with following in Megan fox's footsteps?" In response, she wrote, "Normally I wouldn't answer these types of questions but I think many women struggle with comparing themselves to a partners x. Or to other women in general."

Sharna went on to elaborate that living by "that idea" will lead "to the same result; the relationship ending." She then continued, "You are a unique one of a kind [sic] woman, don't follow in anyone's footsteps, make your own path. Create the path YOU want."

"That's because society has made out that we are a b***hy and competitive gender, that we can't possibly be happy with who we are without wanting what 'she' (whoever that is to you) has," Sharna added. "We are measured by our looks and our weight more than we are weighed by anything else."

Near the end of her post, Sharna reminded her followers "that women are incredible, powerful creatures. We do not need to tear down others to make ourselves feel stronger." She also noted, "But helping each other, respecting each other and lifting each other up is what truly makes us unstoppable. A community of women around you is a gift. I hope that is something you realize with time [white heart emoji]." 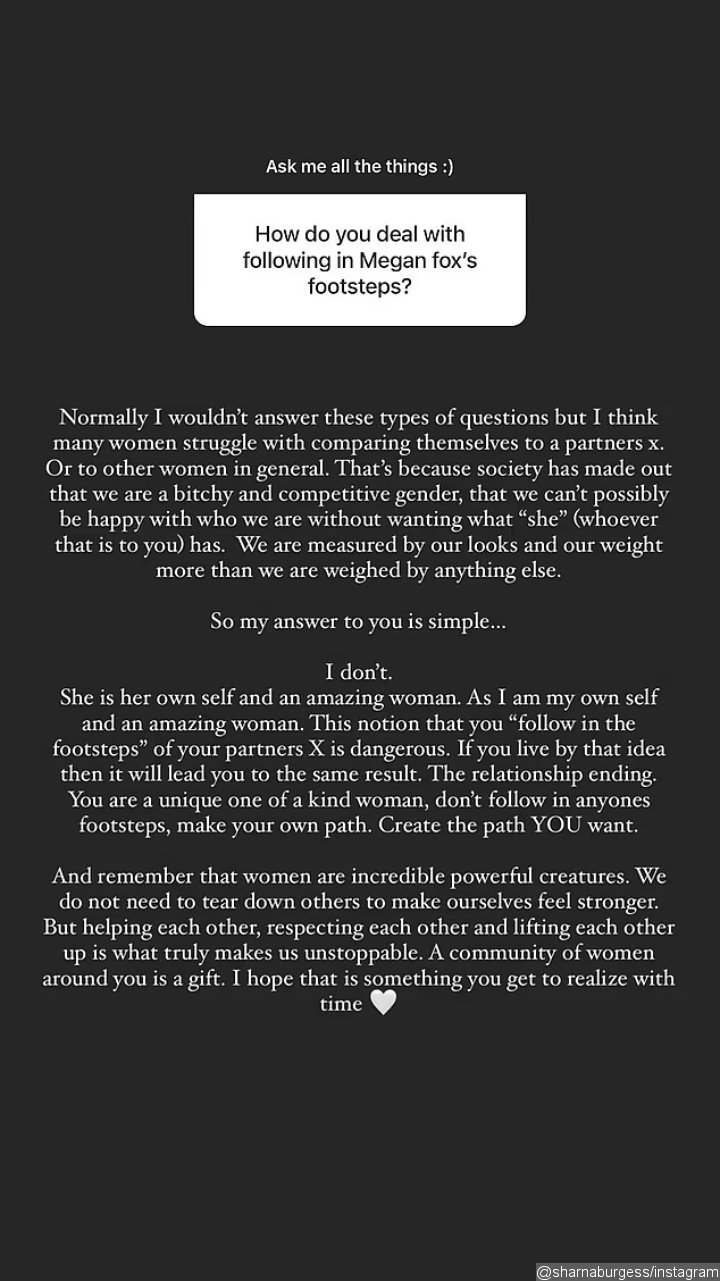 Sharna Burgess explained why it's 'dangerous' to 'follow in Megan Fox's footsteps.'

In a following Story, Sharna revealed that her soon-to-be baby daddy Brian Austin Green and his ex-wife's kids are "excited" over her pregnancy. "We have snuggle time with Peanut. They come and say good morning to him and give him cuddles," the ballroom dancer shared.

"Their favorite line is 'wow you're so much bigger' and they keep asking how much longer till their baby brother is here," Sharna added. "Honestly writing this response made me emotional. It's really beautiful how connected to him they are already." 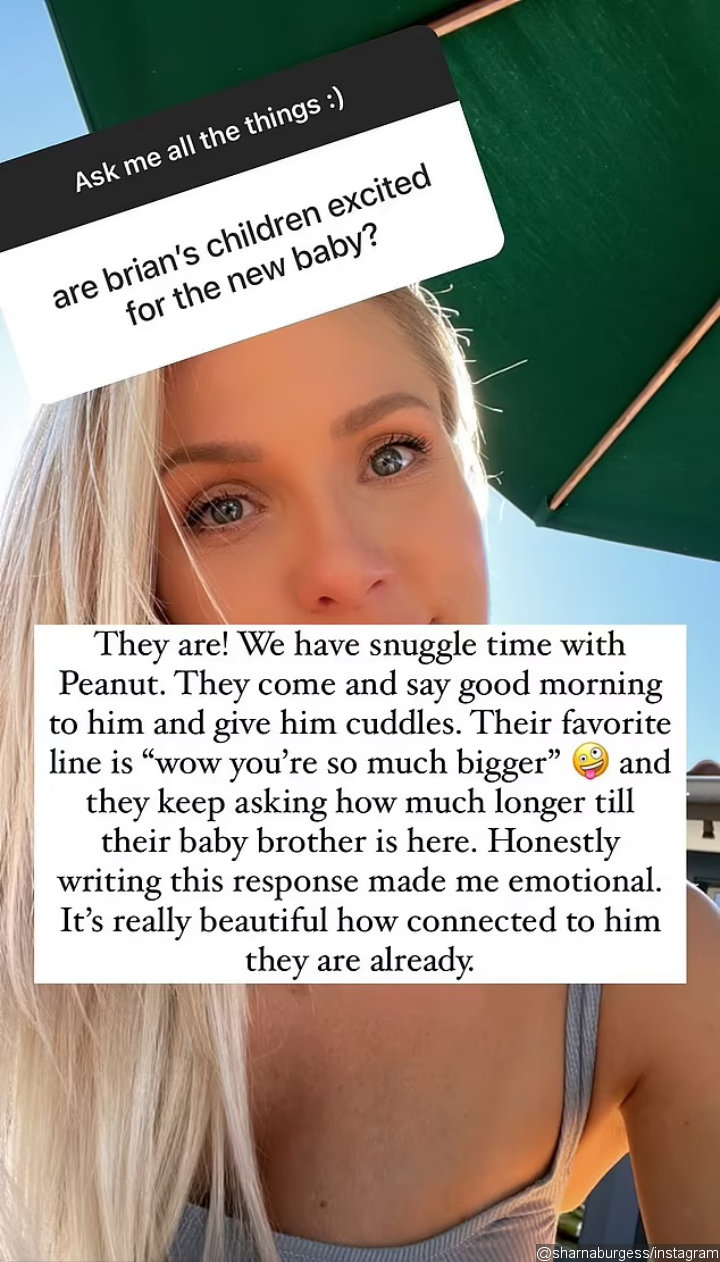 Last month, Sharna and Brian unveiled their unborn baby's gender and the due date. "We are really excited to be welcoming a baby boy on or around the 4th of July :))," the former star of "BH90210" wrote underneath a photo of his hand placed on Sharna's pregnant belly while they're on the beach as they're enjoying their Hawaiian babymoon.

"We want to thank everyone for the amazingly kind well wishes," Brian added in the note along with a red heart emoji. "The Masked Dancer" judge, who first announced that he's expecting another child on February 4, then concluded his post, gushing, "@sharnaburgess, I cannot wait to see you hold your/our baby."