The KISS frontman praises Pete for taking 'the high road' amid Ye's online attacks on the comedian, telling the rapper to leave his ex-wife and her boyfriend alone.

AceShowbiz - Gene Simmons is weighing in on Kanye West and Kim Kardashian divorce drama. The rocker has slammed the Atlanta native for attacking his ex-wife and her boyfriend Pete Davidson online, while praising the comedian for the way he handles the situation.

"Pete's a cool guy, takes the high road, just ignore it," the KISS frontman told TMZ when met at Kings Road Cafe on Thursday, March 3. As for Ye who has been dissing the "Saturday Night Live" star and airing his dirty laundry with Kim, the singer said that the rapper needs a "b***h slap" and should get "a hobby" rather than obsessing over his ex-wife and her boyfriend.

"At a certain point if somebody misbehaves, [they need] a good b***h slap, 'Oh sorry I didn't realise I was such an a**hole.' It's possible [that's what Kanye needs]," the 72-year-old said. "Guy, you've got a roof over your head, food in your tummy, you can do whatever you want. Get a hobby. That's better."

He went on telling Ye to leave Kim and Pete alone. "Leave them alone, move on," he urged the 44-year-old hip-hop star. "Love your kids, love the mother of your kids and let her make her own decisions. She's a grown a** woman and she doesn't need your permission."

Gene also had a message for Kim look-alike Chaney Jones, whom Kanye is currently dating. "Don't be a hand puppet to somebody who's playing some kind of a game," he said, adding that what Ye has been doing to Kim and Pete is "clinically wrong."

Also calling out Ye for his constant attacks on Pete was the latter's friend Ricky Velez. Defending "The King of Staten Island" star, fellow comedian Ricky wrote in a since-expired Instagram Story, "PD is my brother, none of this is funny to me nor entertaining. A 44 year old man internet thugging is just sad." 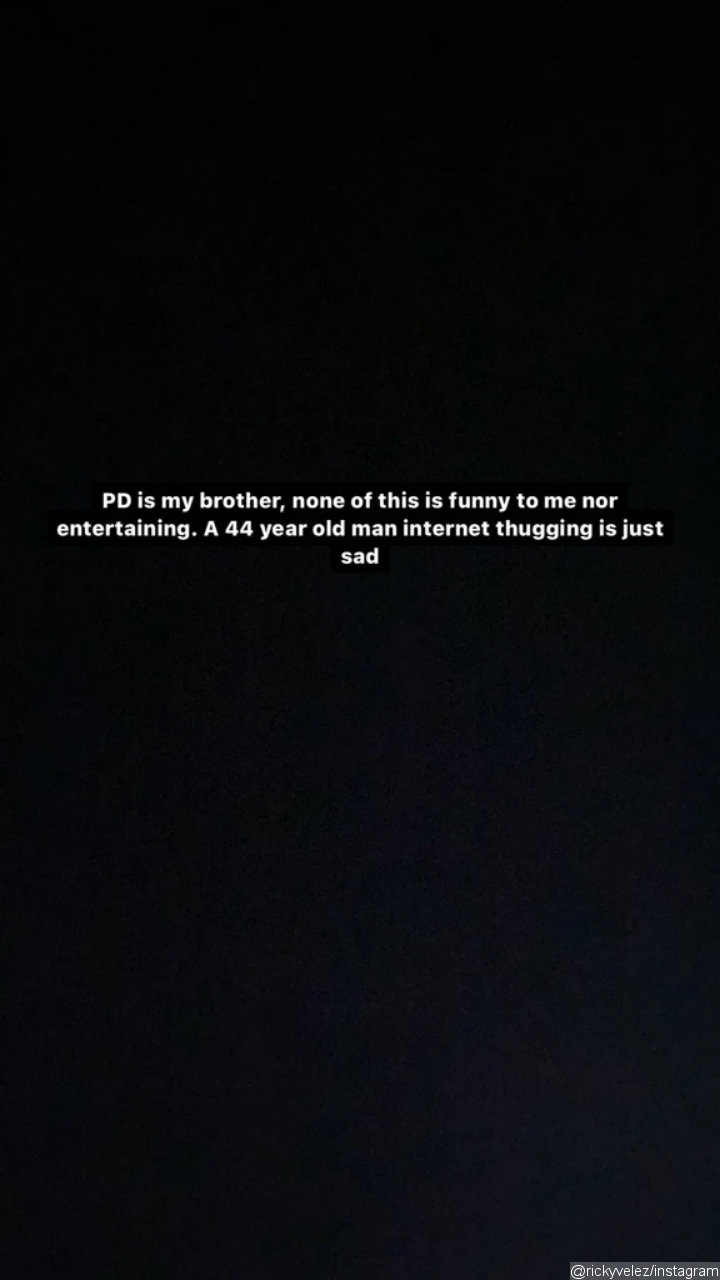 Ricky's criticism directed at Ye arrives after the rapper released a music video for his song "Eazy", in which he kidnaps and buries a claymation of a man who resembles Pete. Toward the end of the video, the screen reads, "Everyone lived happily ever after except you know who," with the word "Skete", the name Ye has used to refer to Pete, crossed out.

Following the video, Kim showed her support for Pete by liking a tweet by James Gunn, who directed the 28-year-old actor in "The Suicide Squad". In the tweet, the helmer defended Pete as writing, "For the record, Pete Davidson is one of the nicest, sweetest guys I know. A truly generous, tender & funny spirit, he treats everyone around him with respect."