The 'Southern Charm' star, who went public with her new unnamed boyfriend less than a month prior, also treats her Instagram followers to some videos of her and her man during a hike.

AceShowbiz - Madison LeCroy has given fans more look at her relationship with her new man. Having been enjoying her trip in Park City, Utah with her "love," the "Southern Charm" star treated her social media followers to some pictures of the two from their romantic getaway.

Making use of Instagram Story on Thursday, July 8, the 30-year-old shared a picture of her boyfriend during a romantic dinner at The St. Regis Deer Valley. In the accompaniment of the post, she wrote, "my love." She additionally let out a selfie of her and her beau in which they smiled widely to the camera. 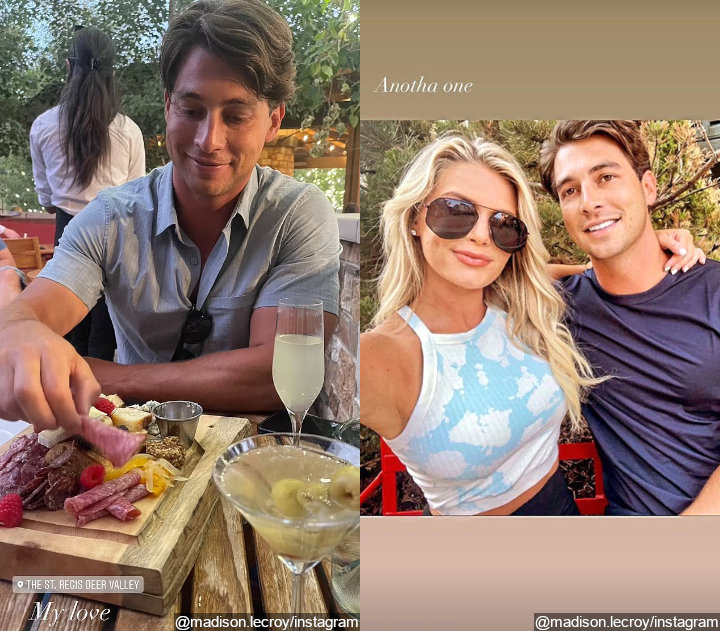 Madison LeCroy shared sweet pictures of her and her new boyfriend from their Utah getaway.

Madison also posted some videos of her and her man during a hike as well as clips of herself taking a ride on a lude-style slide at the Utah Olympic Park. "This is probably the dumbest thing I've ever done," she said in one video before flying down an Olympic ski jump in an inner tube.

"Are you trying to kill me or something?" the reality star asked her boyfriend while taking a chairlift ride. In response, he replied, "I'm just trying to take you for the ride of your life."

The vacation came nearly one month after Madison went public with their relationship. On June 13, she shared on Instagram several PDA-filled pictures of her and her boyfriend while vacationing in Lake Tahoe, California. Alongside the snaps, she simply gushed, "Madhappy."

Madison confirmed that she's off the market in April, just days after Alex Rodriguez and Jennifer Lopez announced the end of their engagement. The TV personality herself was rumored to have had an affair with A-Rod while he's dating J.Lo.

Madison even admitted in February that she has FaceTimed A-Rod. "[We've] never been physical... never had any kind of anything. Just an acquaintance," she told Page Six at that time. "He's never physically cheated on his fiancee with me... [I] talked to him randomly, but not consistent."

The MLB legend, however, allegedly has never met Madison or anyone from "Southern Charm". A source additionally told the New York Post, "He doesn't know this woman... Look, does this mean he didn't DM her and liked a photo or two? I guess not, but he doesn't know her - and he definitely didn't hook up with her."