Meanwhile, Amelia's mother Lisa Rinna shares a picture of the couple's trip on social media and jokes that she and her daughter's beau 'share a love of bucket hats.'

AceShowbiz - Scott Disick appeared to get more and more smitten with Amelia Hamlin. During the Easter weekend, the "Keeping Up with the Kardashians" star was spotted enjoying a tropical getaway in Miami with his 19-year-old girlfriend.

On Sunday, April 4, the 37-year-old reality star and the model were caught on camera walking hand-in-hand along a beach. For the outing, he sported a striped shirt, matching trunks and a black bucket hat. His companion, meanwhile, rocked a pink bikini and a white skirt. The couple completed their looks with dark sunglasses.

Posting the picture of Scott and Amelia's vacation was her mother, Lisa Rinna. She shared the snap on her Instagram Story on Tuesday, April 6 and jokingly captioned it, "Welp we both seem to share a love of bucket hats." 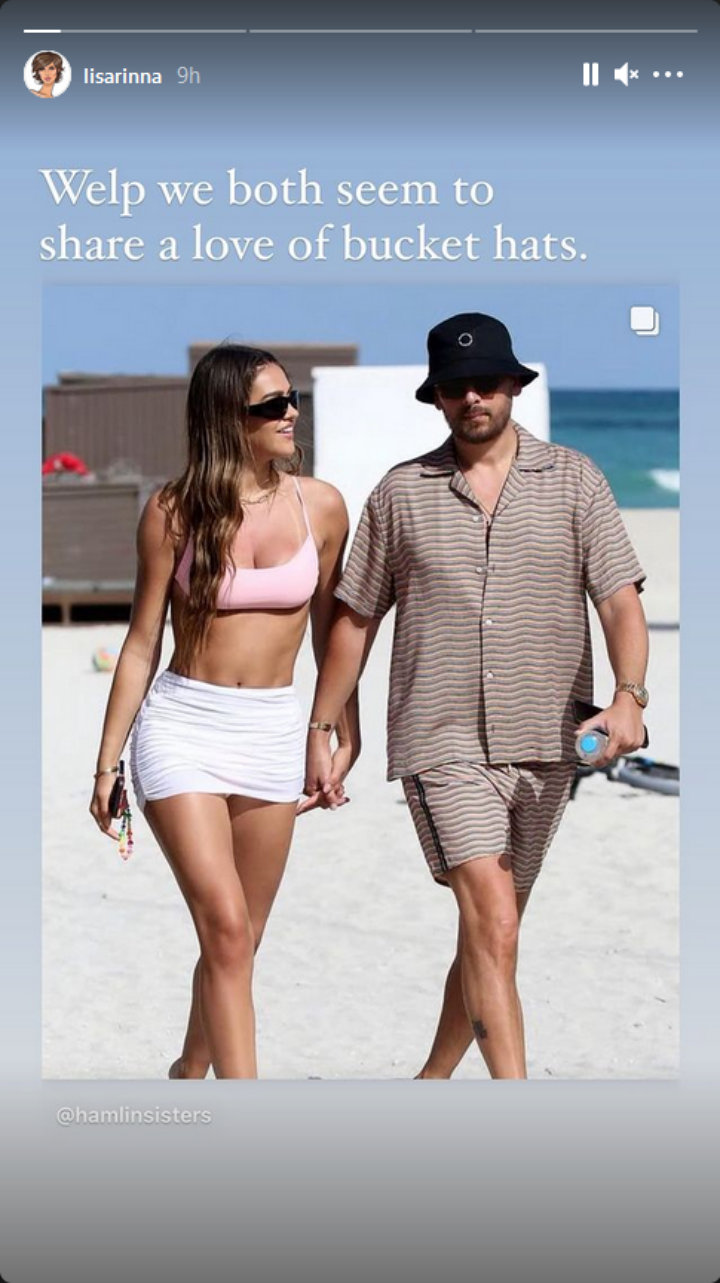 Not stopping there, "The Real Housewives of Beverly Hills" star added another image in which she compared her look to the "Flip It Like Disick" alum's. In her photo, she could be seen wearing a one-piece black bikini and a matching bucket hat. 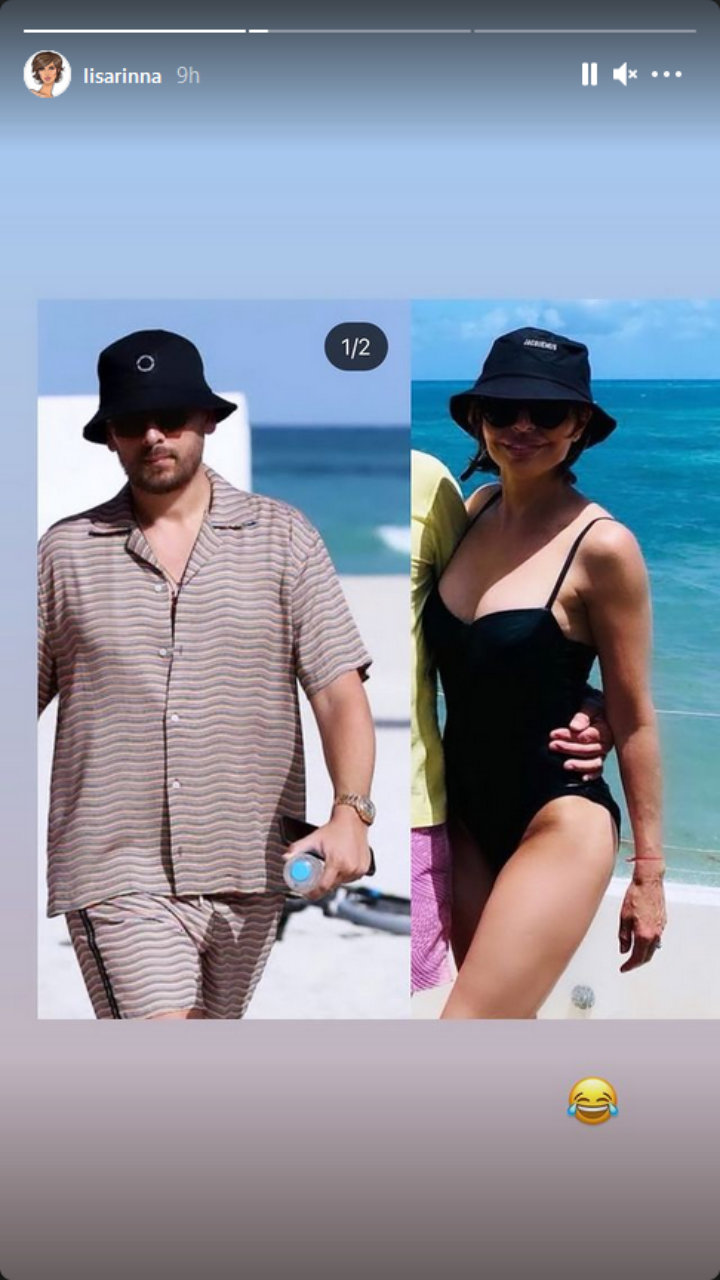 This was the first time Lisa publicly addressed Amelia and Scott's romance. In late November 2020, she was reported to have accepted her daughter's relationship with the father of three. A source told HollywoodLife.com, "Amelia's a smart girl and they trust her to make appropriate decisions and if she's happy, they're happy."

The report came after Lisa and husband Harry Hamlin allegedly believed "this is just a phase." An insider further spilled to E! News, "They were sad to see Amelia and Mercer Wiederhorn split because they loved Mercer. He was like family, but they understand."

Scott went Instagram official with Amelia in mid-February. At the time, he put out one picture of them with a caption that read, "why so serious." He then followed it up with a livelier post and penned, "just kiddin."

Scott and Amelia were first linked to each other in October 2020. The lovebirds were seen attending Kendall Jenner's Halloween party together. Before dating Amelia, Scott was in a relationship with Sofia Richie. The former couple, however, called it quits in August 2020.

Nick Cannon Says Marriage Is 'a Lot': 'I'm Not Built for That'