The 'Jimmy Kimmel Live!' host is under fire after he roasts the former 'The Daily Show' anchor, who starts a Twitter account to defend Reddit users for buying stock.

AceShowbiz - Jimmy Kimmel has come under fire after he appeared to attack Jon Stewart upon the latter's first post on Twitter. On Thursday, January 28, the comedian-turned-filmmaker signed up for Twitter to defend Reddit users, who caused GameStop's sudden rise at the stock market.

Apparently disagreeing with the former "The Daily Show" anchor's opinion on the matter, Kimmel reacted by jokingly comparing his fellow funnyman to Donald Trump, who is known for his controversial tweets. "RealDonaldTrump? Is this you?" the "Jimmy Kimmel Live!" host replied to Stewart's tweet.

Kimmel's tweet has since been deleted, but not before other social media users caught wind of it. Not liking that the late-night talk show host attacking one of his own peers, one person posted on the blue-bird app, "NOT JIMMY KIMMEL PUSHING RUSSIAN CONSPIRACIES. I HATE IT HERE." 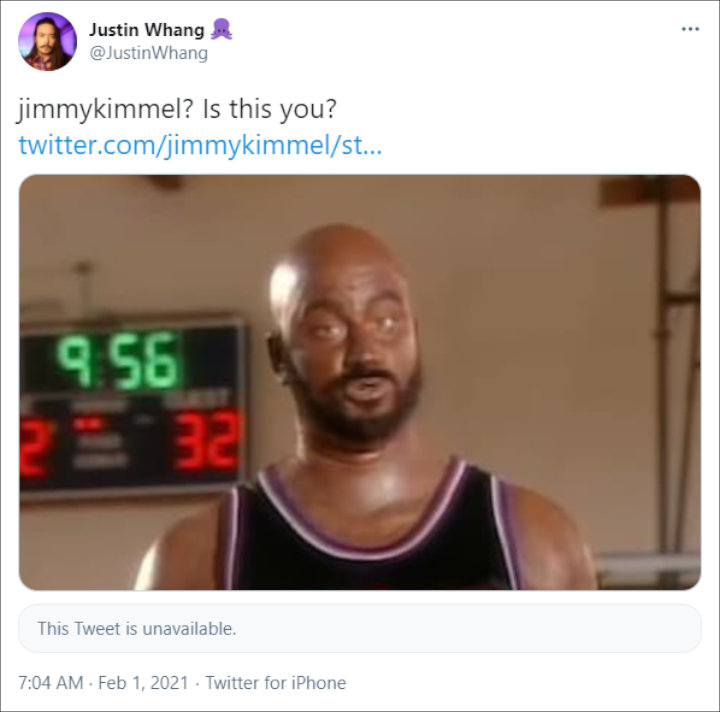 A second user called Kimmel "a condescending prick," while many others judged his skills as a comedian. "I think Jimmy Kimmel is the least funny existence known to man. It's like he has a stand that alters the concept of humor so even if he were to say something funny, his stand would make it unfunny," one of them dragged him.

Stewart himself has not commented on Kimmel's sarcastic remark on his tweet. In his post, the 58-year-old defended Reddit users who bought the stocks for GameStop, causing a sudden surge to more than $480 a share on Thursday morning. The video game retailer has been struggling lately, with the stock dropping to just under $200 a share by the end of trading on Thursday, far below the $346.37-per-share mark at Wednesday's closing. The climb was credited to small investors working together on the Reddit subreddit r/WallStreetBets.

"This is bulls**t. The Redditors aren't cheating, they're joining a party Wall Street insiders have been enjoying for years," Stewart wrote. "Don't shut them down...maybe sue them for copyright infringement instead!! We've learned nothing from 2008." He signed the message with "StewBeef."

Kimmel wasn't the only one who disagreed with Stewart on this issue. "Oh God. Don't do this. 'The Redditors' aren't a single entity," one person reacted to the "Rosewater" director's tweet. Another argued, "A lot of them are scammers ripping off individuals by encouraging them to buy stocks for 100x what they're worth. You're not sticking up for the little guy. You're helping the little guy get robbed."

Rather than responding to those comments, Stewart, whose Twitter profile photo is a dog, later added in a second tweet, "Thanks for the warm welcome! I promise to only use this app in a sporadic and ineffective manner." Among those who warmly welcomed him was his former colleague on Comedy Central, Stephen Colbert, who tweeted, "Well, one thing changed since 2008 - a friend of mine joined Twitter."

Another joked that Stewart intentionally avoided Trump on Twitter and only joined the application after the former president is banned on the platform. "I love how you waited until trump left to use Twitter," the said person quipped.