Dale Moss Opens Up More About Clare Crawley Split: We've Had Our Ups and Downs

After his ex-fiancee insinuated that she was blindsided by his breakup announcement, 'The Bachelorette' alum insists that 'there's no one person to blame in this situation.'

AceShowbiz - Dale Moss has offered more details about his split from Clare Crawley. Around one week after going public with the end of his engagement to the former season 16 star of "The Bachelorette", the ex-football player made a point that the two of them have had their "ups and downs" throughout their relationship.

The 32-year-old opened up about his failed romance via Instagram Story on Monday, January 25. "I know a lot of y'all have seen me smile on social media and say I don't seem as hurt or burdened by this, but that's the farthest thing [from the truth]," he began. "This time has sucked, and thank God that I have the friends and the family that I have, because they've literally had to carry me through the last two-plus weeks."

"Building a relationship in general is tough. Especially when you're doing it in the public eye. Media will take things and run with them. People will spread lies or always want to point the finger, but the fact of the matter is, there's no one person to blame in this situation," he added. "Like every relationship, we've had our ups and downs and have gone through our things, but the statements that have come out didn't come out of nowhere."

"I love Clare and respect Clare enough to let her know how I feel, even if that's against the expectations of everybody else, and it's gonna take time," he went on to note. "I wanted nothing more than to make this relationship work, and I put my heart and soul into it each and every day. And I wanted nothing more than to build a healthy relationship."

Near the end of his message, Dale stated, "While this is going to be difficult, what you'll see for me is trying to practice what I preach and continue to put my best foot forward each and every day." He concluded by saying, "And while trying to find some sense of normalcy, I'm also going to continue to try and find joy and happiness in each day, and continue to share that. Everything else is in God's hands." 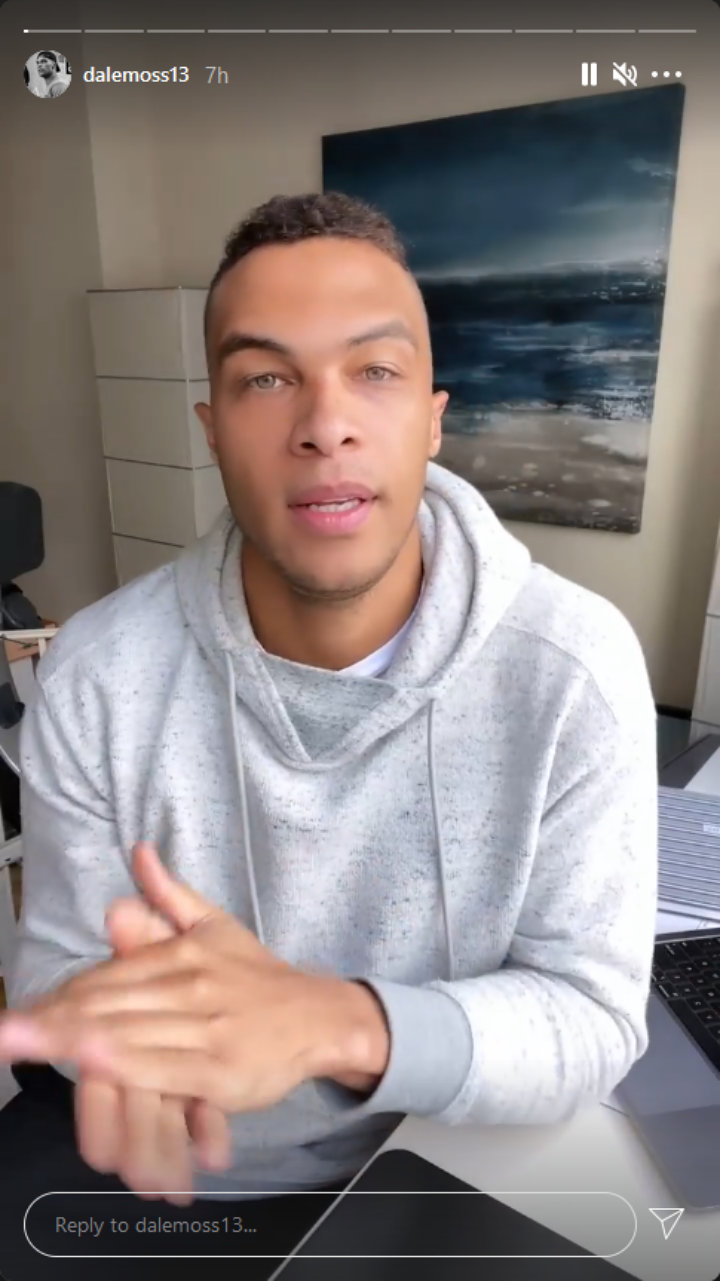 Dale Moss opened up about his split from Clare Crawley.

Dale confirmed his split from Clare via Instagram on Tuesday, January 19. "I wanted to share with you all that Clare and I have decided to go our separate ways," he declared at that time. In response to his announcement, his 39-year-old ex addressed their breakup by admitting that she was "crushed" and "still trying to process" it.

"I was made aware of a 'mutual' statement at the same time you all were, so I've needed some time to really digest this," the hairstylist penned on Instagram on Thursday, January 21. "Speaking for myself, my intentions with this relationship have always been very clear, so the truth is I am crushed. This was not what I expected or hoped for and am still trying to process this."

Dale Moss Expects to Be 'Cool' With Clare Crawley Post-Breakup