Hinting that he's found new love in the 'Sucio Y Lento' singer, 'The Young and the Restless' actor was seen getting handsy with his apparent new lady on the beach in Miami.

AceShowbiz - Max Ehrich is back on the beach. However, it's not for weeping over his split from Demi Lovato this time. Instead, the actor was photographed having a PDA-filled date with singer Mariah Angelic.

Seemingly hinting that he's found new love in the "Sucio Y Lento" singer, "The Young and the Restless" actor was seen taking selfies and getting handsy with his apparent new lady on the beach in Miami. At one point, the 29-year-old star was caught locking lips with the 21-year-old songstress. 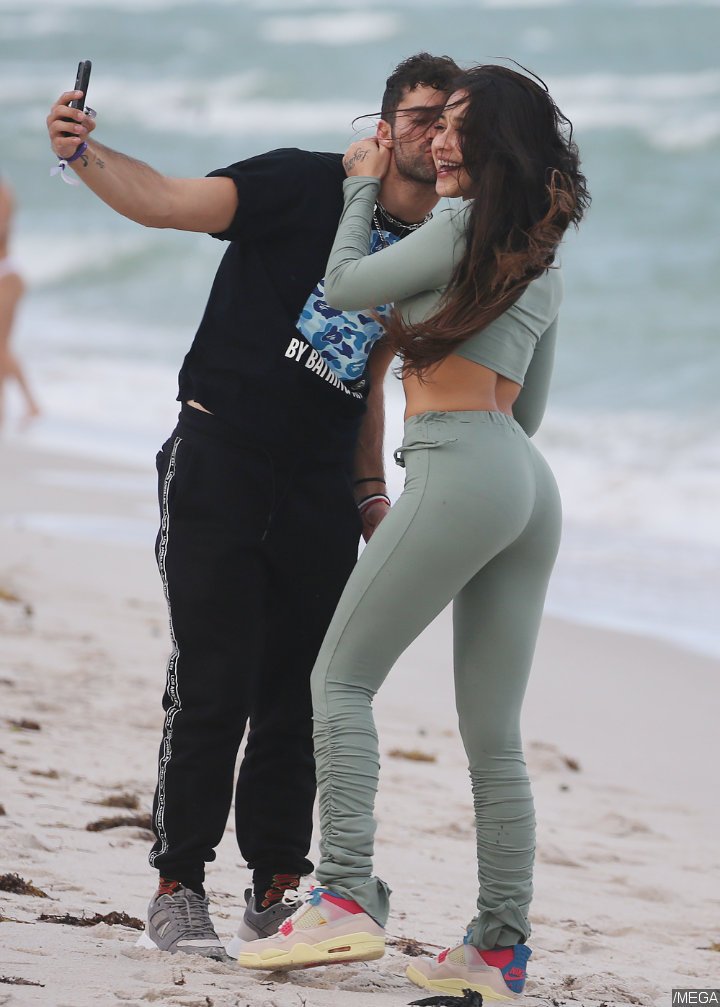 Max Ehrich and Mariah Angelic got flirty on the Miami beach.

This is not the first time for Max to take the love of his life to the sandy shores. In fact, he popped the question to Demi in a romantic proposal on the Malibu beach. He was also trolled after being spotted crying on the same beach after their split earlier this year.

Max apparently isn't the only one who is moving on from their failed romance. Demi seemed to be healed from it as she made fun of their whirlwind engagement while hosting the 2020 People's Choice Awards on Sunday, November 15 at the Barker Hanger in Santa Monica, California.

Donning a nude-colored dress by Elie Saab with a cleavage-baring neckline, Demi recalled what had happened to her earlier this year. "I performed at the Grammys and sung the National Anthem at the Super Bowl," she said, before joking, "But then COVID hit and everything shut down, so I did what everyone else did, I went into lockdown mode and got engaged."

The "Sober" singer went on saying, "I also didn't know this could happen, but reached the end of Instagram four times. I binged seven seasons of 'Pretty Little Liars', got unengaged, then went looking for aliens in the desert, so basically the same as everyone else."

Demi and Max announced their engagement in July after dating for only four months. Their relationship, however, didn't last long as they had a nasty split in September with Max claiming to be blindsided about the whole thing.