During an interview with Jason Bateman, Will Arnett and Sean Hayes on their Smartless podcast, the former 'Friends' star blames an unprepared project for driving her close into retirement.

AceShowbiz - Jennifer Aniston seriously considered walking away from Hollywood before landing TV hit "The Morning Show" after a horrible experience on an "unprepared project".

The "Friends" star made her return as a small screen regular on the Apple TV+ drama series last year, and she admits her Emmy-nominated role as a breakfast show newswoman saved her from quitting showbusiness altogether.

Aniston shared the surprising news during an interview with her actor pals Jason Bateman, Will Arnett, and Sean Hayes on their "Smartless" podcast, confessing, "The last two years, that (quitting) has crossed my mind, which it never did before...".

"(It happened) before 'The Morning Show'," she explained. "It was after a job I had completed and it was like, 'Woah..., that sucked the life out of me, and I don't know if this is what interests me (anymore)', and I had this fantasy of just (walking away)...".

Aniston didn't name the film which almost drove her into retirement, but claimed the script wasn't ready for the shoot, and shared, "It was an unprepared project... We've all been a part of them, and we always say, 'Never again, never again...!'."

Her comments prompted "Ozark" star Bateman to encourage the actress to take on more work behind the camera, insisting she would be a great director.

"This is why I always push you into directing because you are so professional and you are so responsible, and you are so aware of how the sausage is made and can provide great leadership for that large group of people...," he said.

"I'm just a big fan of your abilities. I hope you jump into that (directing) chair more."

"I would love to jump into that chair more, I enjoy it thoroughly," Aniston responded, adding she would love to take up interior design as an alternative career if she ever does decide to call it quits.

To date, she has only served as a director on three projects - two short films, and a segment of the 2018 TV movie "Five", an anthology exploring the impact of breast cancer on people's lives. 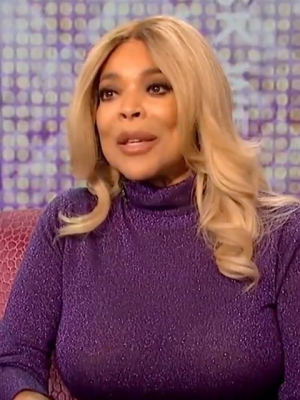