Fame is not the only one thing that caused them to try to take on their own lives as the loss from a loved one's passing and a failed marriage are also among huge factors.

AceShowbiz - People might think that celebrities have it all, but fame often times comes with pressure. Some celebrities had opened up about how the pressure sometimes got too big too hand. It took a toll on their mental health that in some cases led to a suicide attempt.

Fame is not the only one thing that caused them to try to take on their own lives. The loss from a loved one's passing and a failed marriage are also among huge factors for them to make the life-threatening decision. Some tried to overdose themselves, some tried to physically harm their own bodies.

Fortunately, they survived their suicide attempted. Here are the list of the stars who tried to end their own lives. 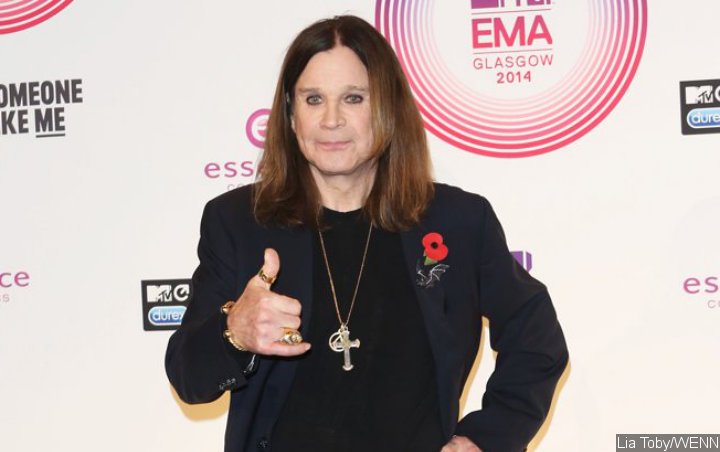 Ozzy Osbourne tried to kill himself when he was 14.

Ozzy Osbourne had a rather bleak childhood. The Black Sabbath frontman was said to be trying to kill himself as his father caught him trying to hang himself when he was just 14. In "Ozzy Unauthorized", it was revealed that he made the decision as he couldn't handle his poverty-stricken, violent family.

According to book author Sue Crawford, the singer said, "My mother was an amateur singer, my father was an amateur drunk." He allegedly opened up being a violent kid himself and even created "hanging squads" at age seven that would string up other kids in bathrooms. "Where I came from, it was kill or be killed." 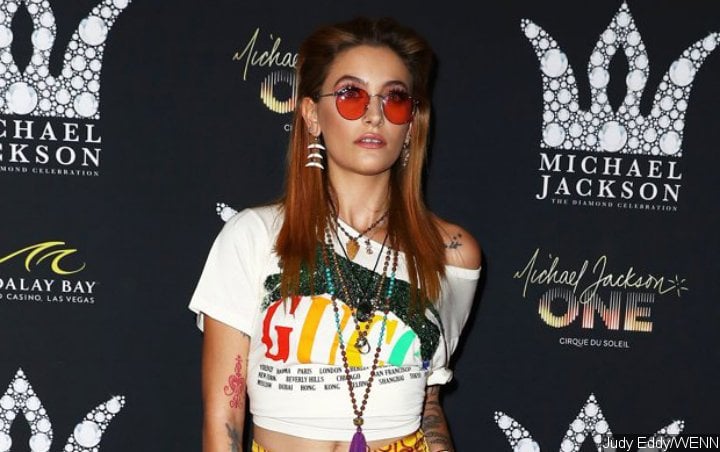 Paris Jackson was hospitalized at 15 following a suicide attempt.

The death of her dad Michael Jackson in 2009 hugely affected Paris Jackson. Four years after the passing, Paris, who was 15 at the time, made headlines after her mom Debbie Rowe confirmed that she was hospitalized in Los Angeles following a suicide attempt. "Sheriff's deputies and paramedics responded to a report at 1:27 a.m. of a possible overdose" on the same Calabasas block where Jackson lives, according to Los Angeles County Fire Inspector Scott Miller. Another report suggested that the teenager had "cuts on her wrist."

Later in a July 2020 episode of her Facebook Watch series "Unfiltered: Paris Jackson and Gabriel Glenn", Paris opened up that fell into self-harm" after a cousin fat-shamed her when she was young. The young musician further said that her self-harm was as "a distraction from emotional pain," admitting, "I tried to kill myself many times." 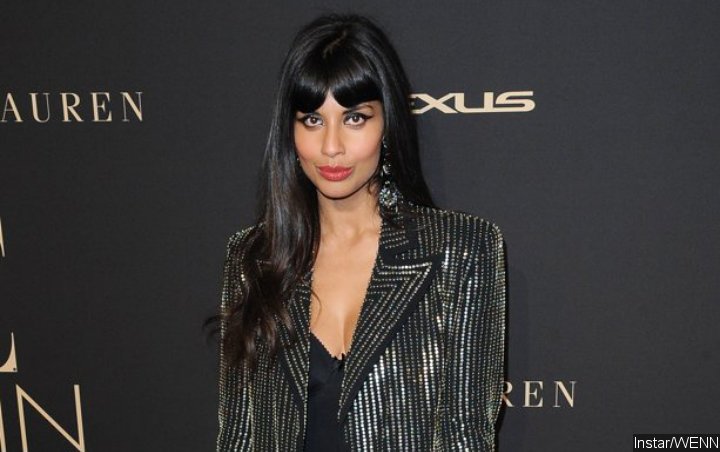 Jameela Jamil opened up about her struggle with mental health issues in honor of World Suicide Prevention Day.

Jameela Jamil is grateful for being able to survice suicide. "The Good Place" star opened up that she once tried to kill herself back in October 2013. "I'm so lucky that I survived, and went on to use EMDR to treat my severe PTSD," the actress added in a post on her social media account in 2019.

Jameela, who has been vocal about mental health issues, further elaborated her struggle with mental health issues in honor of World Suicide Prevention Day. "Surviving suicide has been the most extraordinary gift to me in being able to still be here and remind the people I love that sometimes it's just a particularly overwhelming hour, day, week or month," she shared, before asking those struggling with their mental health to just "please hang on." She added, "It can and normally will pass, and that with even small incremental changes and reaching out to even just one person for help, life really can get better." 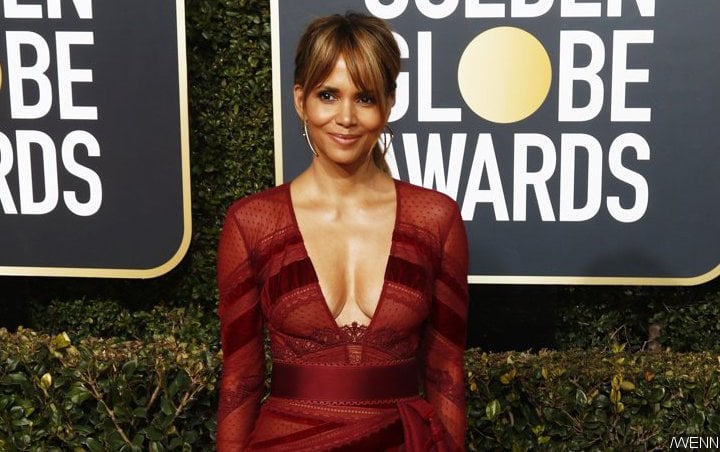 Also among those who survived a suicide attempt was Halle Berry. In a 2009 interview with Parade Magazine, the Oscar-winning actress got candid about her attempt to kill herself back with a carbon monoxide poisoning in 1997 after her divorce from baseball player David Justice. "I was sitting in my car, and I knew the gas was coming," she recalled.

However, she quickly backed out from it as soon the thought of her mother flashed in her mind. "I had an image of my mother finding me. She sacrificed so much for her children, and to end my life would be an incredibly selfish thing to do," she shared. 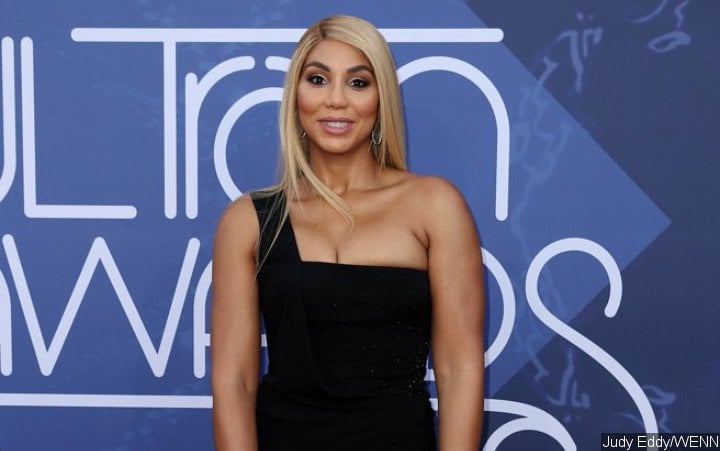 Most recently, Tamar Braxton made headlines after she was hospitalized following a suicide attempt in July. The 43-year-old R&B singer was found unresponsive by her ex-fiance David Adefeso at her apartment in Los Angeles where she was said to be attempting to end her own life by ingesting a cocktail of prescription drugs and alcohol.

The "Braxton Family Values" star later broke her silence after gaining her conciousness in the next month. In her statement, she subsequently blamed the "toxic" reality TV industry for her mental health struggles. "I lost everything. I lost my identity, I lost my home, my career. I lost everything that was positive in my life," she shared. "I felt like everyone was against me. I had my family speaking out about things that wasn't necessarily the whole truth. I lost my mind. I didn't want to leave my house. I was paranoid. I didn't know who to trust. The only thing I had was my health and my strength and my kid." 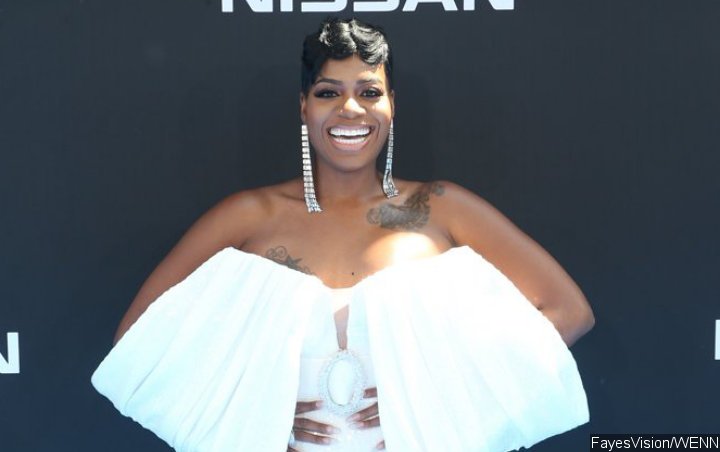 Fantasia tried to commit suicide after a breakup.
See also...

One of Fantasia Barrino's darkest moments in her life was probably in 2010, where she was dumped by married boyfriend Antwaun Cook. The breakup apparently took a toll on the "American Idol" winner who later tried to end her own life by swallowing a bottle of aspirin and sleeping pills in August of the year.

Of her breaking point, the star shared on "Good Morning America", "I think I was just overloaded with everything, with carrying six years of so much. I always take a licking and keep on ticking...it just became heavy for me to the point that I just wanted to be away from the noise." She went on to say, "There's so much that people don't understand. They just see the glitz and the glamour, and they feel like life is so perfect, but we're human and we go through things." 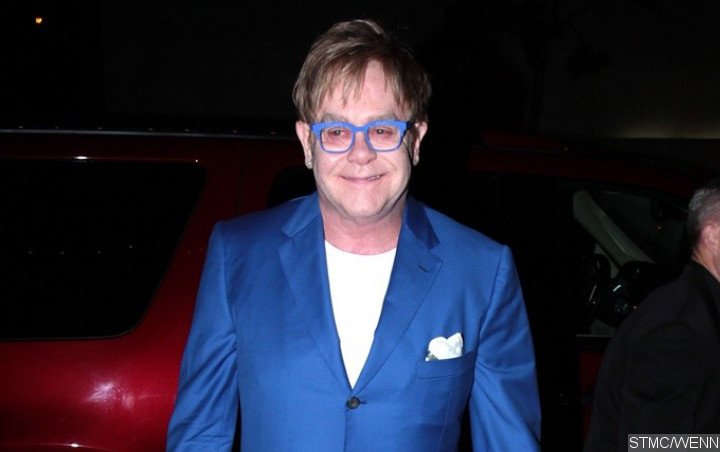 Elton John tried to kill himself in front of family and friends.

A heartbreak also drove Elton John to do a suicide attempt back in October 1975. According to Elizabeth Rosenthal in "His Song: The Musical Journey of Elton John", the music icon tried to kill himself in front of his family and friends. "As friends and family lounged by the pool at Elton's Benedict Canyon home, [John] appeared in a terrycloth robe and announced, 'I have taken 85 Valiums. I shall die within the hour,' " so she wrote."

"He threw himself into the water, then struggled to come to the surface. [Guitarist] Caleb Quaye later remembered the arrival of an emergency medical team to pump the pianist's stomach," the author added. Of the moment, John said in 2010, "It was stress. I'd been working nonstop for five years. But it was typical me. There was no way I was going to kill myself doing that. And, of course, my grandmother came out with the perfect line: 'I suppose we’ve all got to go home now.' " 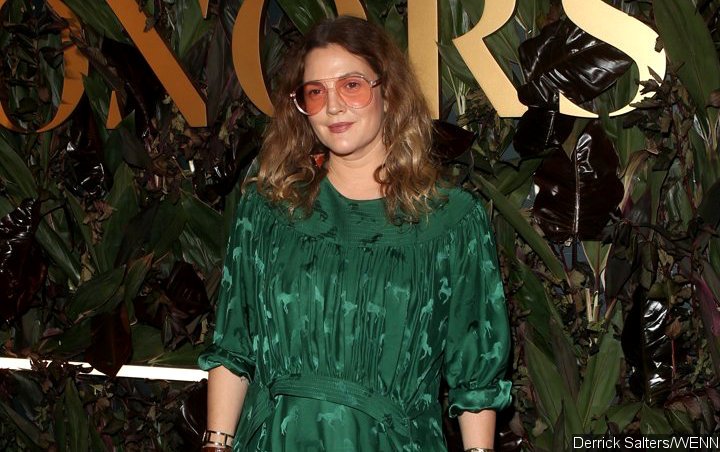 Drew Barrymore physically harmed herself when she was 14.

Drew Barrymore was only teenager when she tried to end her own life. Growing up without her father, Drew spent her childhood only with her mother who would take her to the nightclubs where she was introduced to partying, drinking and drugs. It didn't take long before Drew become a fully-fledged drug addict by 13, where she hit the lowest part of her life.

It was said that she slit her wrist, though her suicide attempt was fortunately unsuccessful. Her mother claimed that the "Santa Clarita Diet" star did it for attention and sent Drew to an 18-month stint in a mental hospital. While she initially hated it, Drew is now grateful for it. "It did give an amazing discipline. It was like serious recruitment training and boot camp, and it was horrible and dark and very long-lived, a year and a half, but I needed it. I needed that whole insane discipline. My life was not normal," she said. 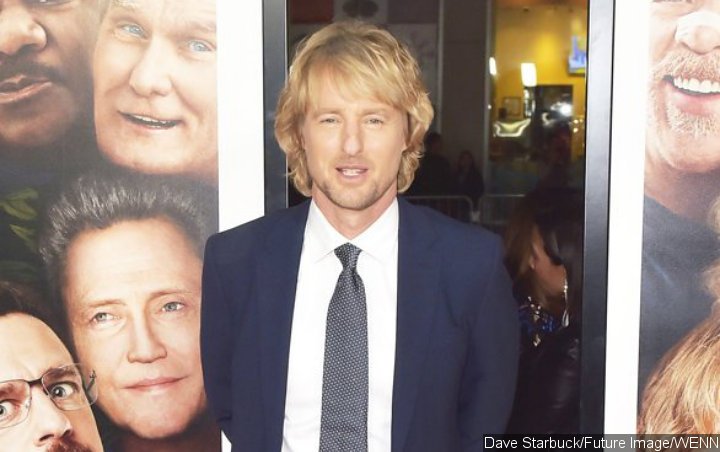 Owen Wilson tried to overdose himself back in 2007.

Owen Wilson shocked everyone in 2007 when it was reported that he made a suicide attempted at his home. According to reports, olice were called to the "Wedding Crashers" actor's home because of an attempted suicide report, and he was then subsequently treated for depression at St. John's Health Center and Cedars-Sinai Medical Center in Los Angeles.

A source claimed that Owen tried to commit suicide by overdosing on pills and slitting his wrist in the wake of a bitter blowup with a close friend. In response to the overwhelming attention from fans and media, the "Zoolander" star released a statement in which he asked for privacy. "I respectfully ask that the media allow me to receive care and heal in private during this difficult time," so the statement read. 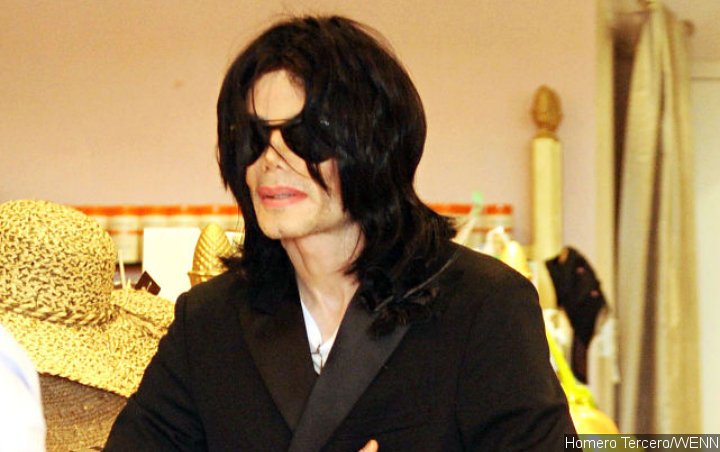 Back in 2005, Michael Jackson was standing accused of child molestation, there were emails stating that the King of Pop attempted suicide. Allegedly being sent by hackers, the emails had "Re: Suicidal Attempt" as the subject.

As for the message, it read, "Last night, while in his Neverland Ranch, Michael Jackson has made a suicidal attempt. They suggest this attempt follows the last claim was made against the king of pop. 46 years old Michael has left pre-suicid note which describes and interpretes some of his sins." The alleged fake message contained a web link with virus that supposedly links to Mr Jackson's suicide note. 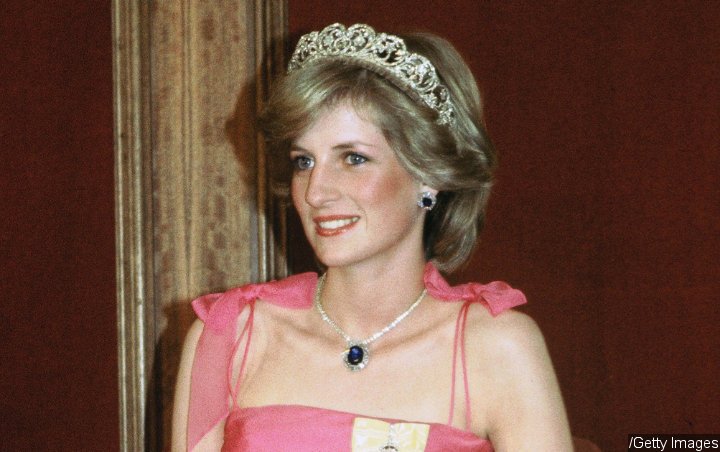 Princess Diana tried to end her own life five times.

Not only once, Princess Diana was said to be attempting suicide five times amid her marriage to British Prince William. The late mother of Prince William and Prince Harry was said to have flung herself down stairs, cut her wrists with a razor, cut her chest and thighs with a knife and thrown herself at a glass cabinet. She also reportedly cut herself with a lemon slicer while crying for help.

A book titled "Diana, a Princess and Her Troubled Marriage" also claimed that she took an overdose of pills in 1986. In Response to the claims, Bucking Palace spokesman said at the time, "We are not prepared to say how he is reacting or how she is reacting. It is not for us to keep a circulation war going on with comments one way or another, because that what it is all about. 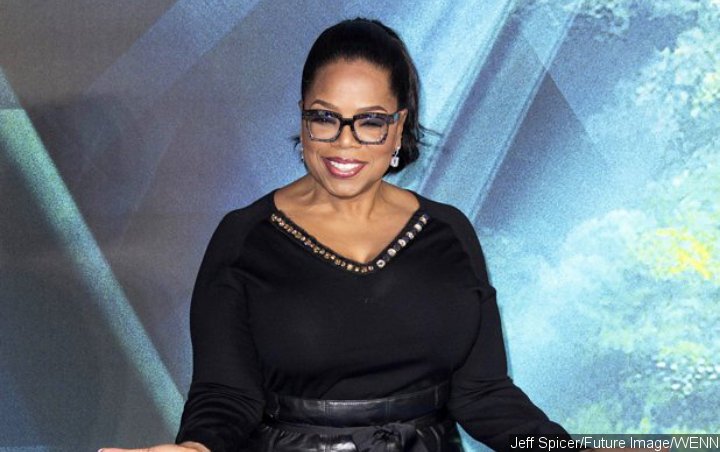 Oprah Winfrey tried to kill herself when she was 14.

Tough childhood and rape caused Oprah Winfrey to consider suicide. At the age of 14, she revealed that she attempted to commit suicide after she found out that she was pregnant through rape by her uncle. She wanted to stop her pregnancy by consuming bleach.

"I hit rock-bottom," the popular TV personality said. "I became pregnant and hid the pregnancy. I’d intended to kill myself actually. I thought there’s no way other than killing myself. I was just planning on how to do it. If I'd had the Internet, I might not be alive because now you can just Google how to do it."