Chris Evans May Re-Team With Chris Hemsworth in 'Extraction' Sequel

Words are the 'Captain America: The First Avenger' actor is wanted to play a major role in the follow-up to the hit Netflix movie starring his 'Avengers' co-star.

AceShowbiz - Chris Evans may have hung his Captain America costume, but it doesn't mean that he won't be able to reunite onscreen with a fellow Avenger again. The 39-year-old actor may work together with Chris Hemsworth in an "Extraction" sequel as his future project.

According to We Got This Covered, Anthony and Joe Russo, who produced the 2020 action thriller, are looking to add a few more MCU stars into the follow-up to the hit Netflix movie and Evans is high on their list. It's unclear if the "Knives Out" star has been formally approached yet, but he is reportedly eyed for a major role in the upcoming sequel.

Should the report be true and Evans sign up for the second "Extraction" movie, he will also re-team up with the Russo brothers who directed the last two Avengers movie, "Avengers: Infinity War" and "Avengers: Endgame". Joe Russo wrote the script of the first movie based on the graphic novel "Ciudad" by Ande Parks, the Russo brothers, Fernando Leon Gonzalez and Eric Skillman.

"Extraction" follows a black ops mercenary who must rescue an Indian drug lord's kidnapped son in Dhaka, Bangladesh. Directed by Sam Hargrave, it was released on April 24 and became the most watched original film in Netflix's history, making a decision to give a green light to the sequel a no-brainer. Joe Russo has reportedly been hired to write the sequel, with Hargrave and Hemsworth both expected to return.

The Russo brothers are no stranger to recruiting MCU stars for their projects. While co-producing "21 Bridges", the filmmaking duo tapped the late "Black Panther" star Chadwick Boseman to take the lead role. They also directed Spider-Man depicter Tom Holland in their upcoming crime drama film "Cherry" and are set to reunite with Evans in Netflix's movie "The Gray Man", which also stars Ryan Gosling.

Evans, who last portrayed Captain America in 2019's blockbuster "Avengers: Endgame", has intentionally shied away from a straightforward action movie since 2010's "The Losers" in a bid to diversify his roles. He was last seen in 2019's mystery film "Knives Out", written and directed by Rian Johnson with a star-studded cast. 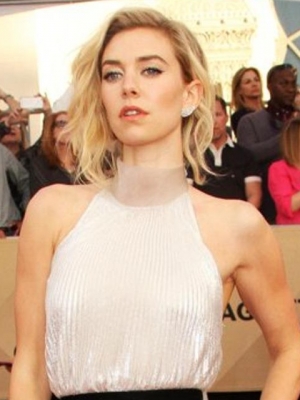 Kristen Stewart Gets 'Happiest Season' Role Thanks to 2017 'SNL' Monologue