James Bond's newest missions begins with a spectacular high-speed hovercraft chase through a minefield in the demilitarized zone separating North and South Korea - and the action doesn't let up until the credits roll. From Hong Kong to Cuba to London, Bond circles the world in his quest to unmask a traitor and prevent a war of catastrophic proportions.

On his way he crosses paths with Jinx (Oscar winner - Halle Berry) and Miranda Frost (Rosamund Pike), who will play vital roles in his latest adventure. Hot on the trail of deadly megalomaniac Gustav Graves (Toby Stephens) and his ruthless right-hand man Zao (Rick Yune), Bond travels to Iceland into the villain's lair : a palace built entirely of ice. There he experiences firsthand the power of a new hi-tech weapon. Ultimately it all leads to an explosive confrontation - and an unforgettable conclusion - back in Korea where it all started.

Die Another Day News and Articles 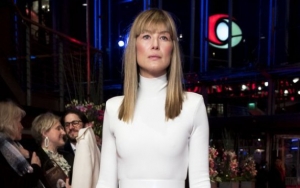