The dental technician has set the record straight on speculation that she's expecting her first child together with Jay Smith, three months after confirming their reconciliation.

AceShowbiz - Ashley Martson teases she has major news to share with her fans, but it's not what has been spreading on the internet. Contrary to the speculation that she is expecting her first child with Jay Smith, the former "90 Day Fiance" star says she's not pregnant.

"Y'all, I'm not pregnant, LOL," so the 34-year-old said on her Instagram Stories on Wednesday, June 24 to set the record straight once and for all. She added, "I will share very, very soon the news, but, sorry, a baby is on the back burner. Career first." 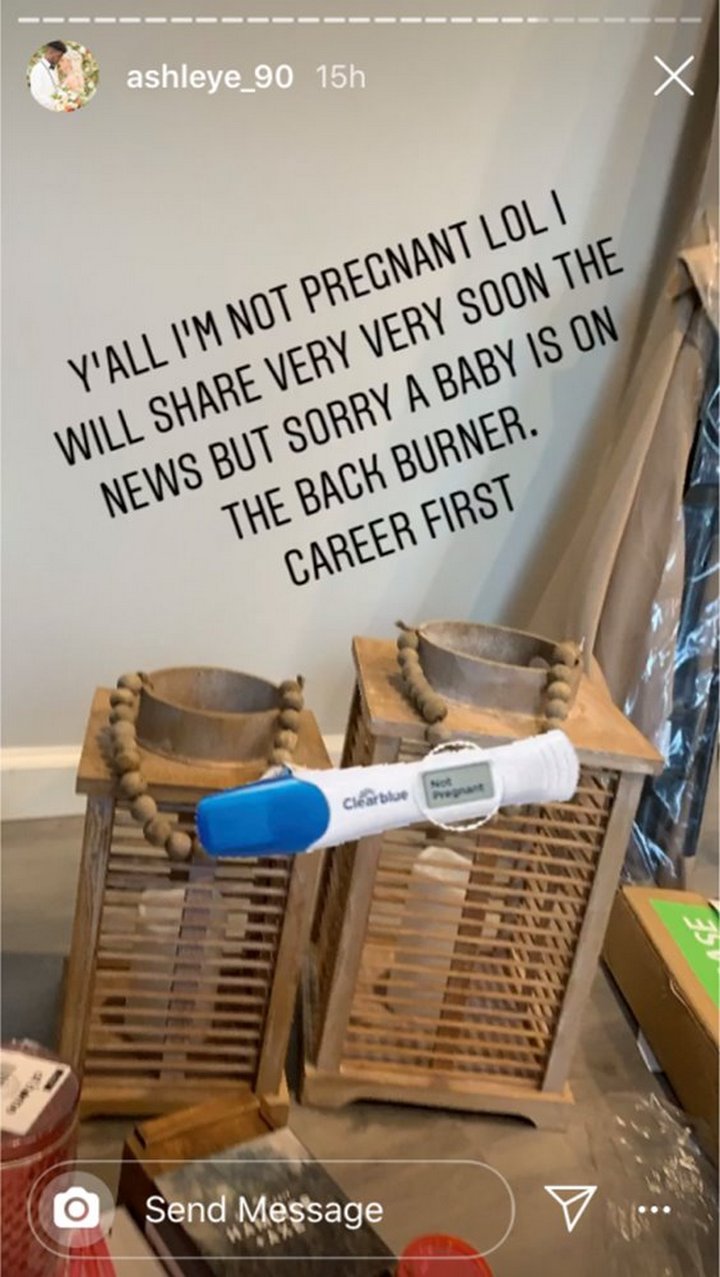 The "Happily Ever After" alum seemingly tried to further convince her fans that she's not having a bun in the oven as she clinked margarita glasses with Jay.

Though she's not pregnant now, Ashley and Jay don't rule out the possibility of expanding their family now that they're back together. After confirming their reunion in March, the dental technician told her fans during a Q&A on YouTube that they're "working on" growing their family, but they're not in a rush to start anytime soon. "That's in the future. We're working on more things, more important [things] right now," she said, joking that 2025 could be the year to make it happen.

Later in April, Ashley shared her concern about having another baby, saying that she is getting a little "old" for it now and admitting that 22-year-old Jay is also not quite ready to be a father to a child of his own. The Pennsylvania native is already a mother to two children, a son and a daughter, from a previous relationship.

Though so, Ashley hinted that they may have a change of heart about having a baby in the future. "It's not really something either of us want right now and maybe not ever," the reality TV star shared at the time. "My eggs are frozen away if we change [our] minds."

Johnny Depp Rumored to Play Joker in 'Batman Beyond' Film