The '90 Day Fiance' alum and the 'Jersey Shore' star get into a screaming match at The Sugar Factory after the latter allegedly says 'negative things' about the former and Ashley confronts her.

AceShowbiz - As if there's not enough drama on their own reality shows, Ashley Martson and Angelina Pivarnick have started a feud off-camera. The two reality TV stars got into a screaming match after attending a charity event.

Ashley and Angelina were both invited to publicist Johnny Donovan's charity Christmas party in New York City on Monday night, December 16 which then moved to The Sugar Factory for a dinner. That's where the two ladies' fight broke out, allegedly after Ashley and her two friends filmed Angelina without the latter's permission. The "Jersey Shore Family Vacation" star reportedly lashed out at Ashley's friends.

However, Ashley's rep Kristen Hanson tells Page Six that it was Angelina who recorded Ashley's group first to try to "get us kicked out by saying we were filming her." According to the rep, the "90 Day Fiance" alum's friends only began filming Angelina "in retaliation" for making such accusations against Ashley.

A source additionally says that the two unnamed women got Ashley more fired up by telling her that Angelina said something "very nasty" about her. Things cooled off, but not for long. About 20 minutes later, "Ashley stood up, and went over to Angelina's side of the table, got in her face, and said, 'I'll f**k you up,' " the source shares. "Angelina was just laughing. She said, 'Yeah, all right. Go ahead.' "

Ashley's rep says the second confrontation had "nothing to do" with the filming issue, but she won't detail what exactly set Martson off. "It was completely separate," Kristen says, "What Ashley wanted to discuss, she discussed with Angelina in person."

During the second confrontation, a glass reportedly broke and former Giants player Michael Cox, who was also a guest at the charity event, stepped in and escorted Ashley and her friends out of the venue. In her own words, Ashley says Michael didn't escort her out, but he only made sure that things didn't get escalated between the two ladies.

"No one escorted me out," Ashley claims. "Mike and I are very close friends. He was very concerned that things would get physical, so when I was in her face, he did say, 'Hey, let's go outside and take a breather.' I refused to go back in."

Johnny, who reps Angelina says "everything was a big misunderstanding. They just don't like each other." He additionally tells Page Six, "The people filming were the ones that started the fight. Angelina was just trying to defend herself because she didn't want to be filmed."

Meanwhile, Ashley shares a more detailed account of what led to the confrontation, telling Us Weekly, "During the event, [Angelina] was having conversations about me to the other guests. I didn't engage. It wasn't the place for that."

Later during dinner at the restaurant, Ashley says that Angelina had "an altercation" with some of her friends. And though "things were settling down" after the argument, the mother of two accuses the MTV star of going "back to her antics that she is famous for and again, started saying negative things about me to the table making people visibly uncomfortable" roughly 20 minutes later.

"Instead of letting it go as I had done all night, I confronted Angelina. I don't think what I said to her is appropriate for me to discuss publicly as it's personal to her and could impact more than she and I," she recalls. She also admits that another guest intervened and she, her rep and her two friends "left the restaurant and we went to another establishment."

Angelina has not addressed the fight, but she shared a cryptic post on Instagram after the incident. "Respect yourself enough to walk away from anyone or anything that no longer serves you, grows you or makes you happy," read the quote. 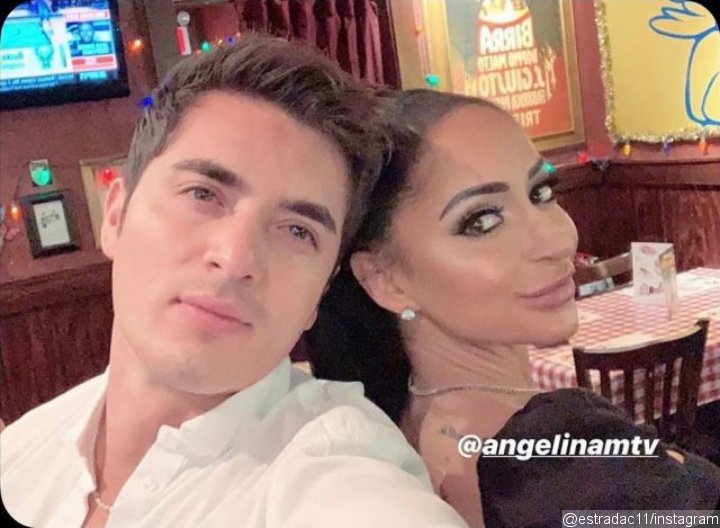 Christian Estrada shares his photo with Angelina Pivarnick at a charity event.

Also at the charity event, Angelina, who just tied the knot with Chris Larangeira last November, was pictured getting cozy with "Bachelor in Paradise" alum Christian Estrada, sparking a speculation that her marriage is already on the rocks. Christian even shared some photos of him with the "Jersey Shore" star at the event.

Yellowcard to Press On With Copyright Lawsuit Against Juice WRLD