The former Cleveland Cavaliers player is seemingly ready to leave his wife of three years Jewel Harris as he confirms their split and mocks her prayer.

AceShowbiz - J.R. Smith broke his silence amid cheating rumors. The former Cleveland Cavaliers player took to Instagram to clear up the air, claiming that he never cheated because he and his wife Jewel Harris have been separated for months.

The NBA free agent was rumored to hook up with "The Flash" star Candice Patton. While he didn't give any reference to the actress on his post, he seemingly mocked his estranged wife who previously asked God to guide him back to her.

Smith began with a cryptic message, "No weapon formed against me." He later added, "IG ain't a place for relationships! But God told me to tell y'all I've been separated for months he doesnt understand why his child failed to mention that… #thatsall." 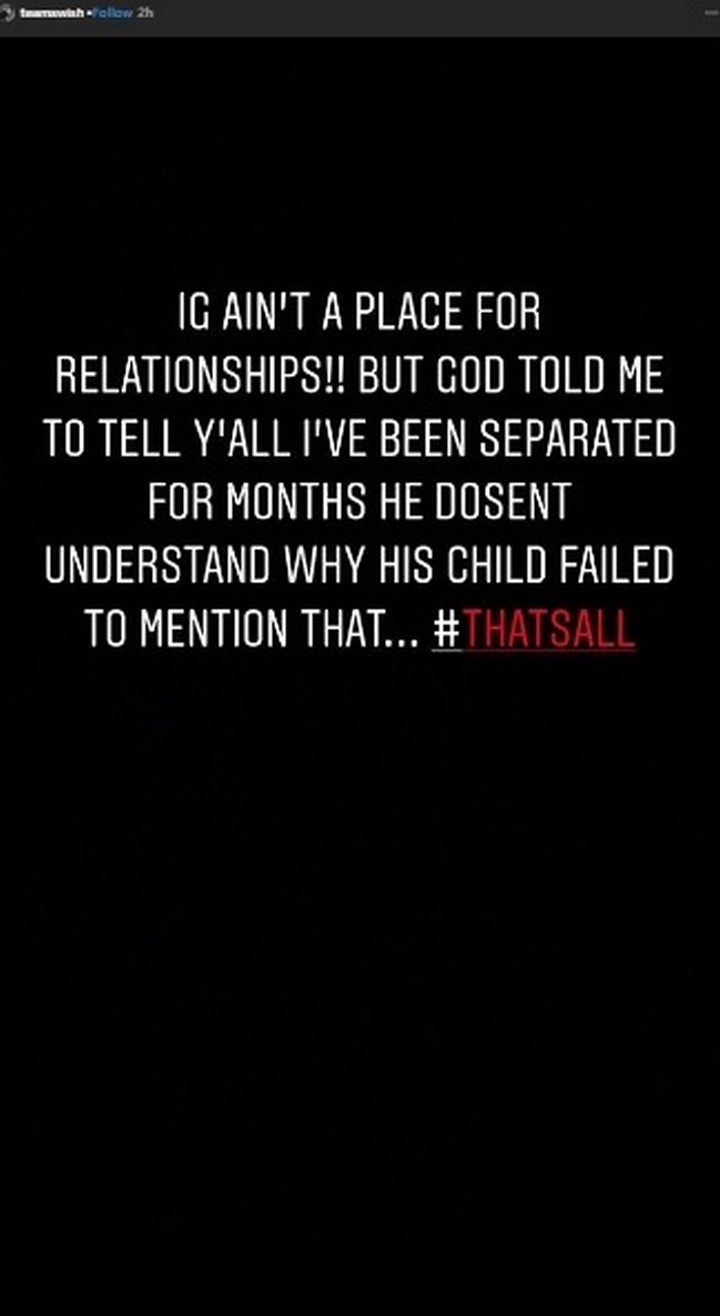 In her own Instagram video hours before his post, Harris cried and said she was hurt by his cheating. "Please keep my heart pure," she said. "I pray for my enemies, anybody that's coming to get my marriage and trying to attack my marriage."

J.R. Smith and Candice Patton first sparked hookup rumors after they were spotted attending a Halloween bash together at the Cosmopolitan in Las Vegas. In a video taken from the October party, she was seen making a suggestive gesture.

Wearing a Cruella de Vil costume, she was dropping low for the camera. While squatting down near his crotch, she stuck her tongue out as if she was going to perform oral sex on the athlete. She showed a big smile while he grinned at her antics.

He added fuel to the rumors by posting a video with her dog on Instagram Live. It's soon revealed that he often liked her Instagram posts and left comments on her page. He has since deleted a number of Instagram pictures dating all the way back to 2017.

Smith married Harris in 2016. They welcomed their second daughter in early 2017. Before their marriage, he was linked to the likes of Solange Knowles, Chanel Iman, Rihanna, and K. Michelle.

Patton hasn't made any comment on her alleged hookup with Smith.

J.R. Smith Is Back Lurking on Candice Patton's Instagram Amid Rumors He Cheated on His Wife

J.R. Smith Caught Cheating on His Wife With 'The Flash' Actress Candice Patton