The 'Snap Yo Fingers' rapper has found himself being stopped by customs agents at Ho Chi Minh City's Tan Son Nhat International Airport over his jewellery which was valued at more than $400,000.

AceShowbiz - Rapper Lil Jon had to call on U.S. Embassy representatives for help in Vietnam on Friday, November 15, after he was detained by airport customs officials.

The "Yeah!" hitmaker, real name Jonathan Smith, had been due to fly out of Ho Chi Minh City's Tan Son Nhat International Airport following a show when he was stopped by customs agents, who took issue with the huge haul of jewellery he had brought with him.

He shared a photo of officials going through his gold chains and other accessories on Instagram, and captioned it, "Vietnam got me hemmed up (detained) over my iceeeee (jewellery) smh (shaking my head)". 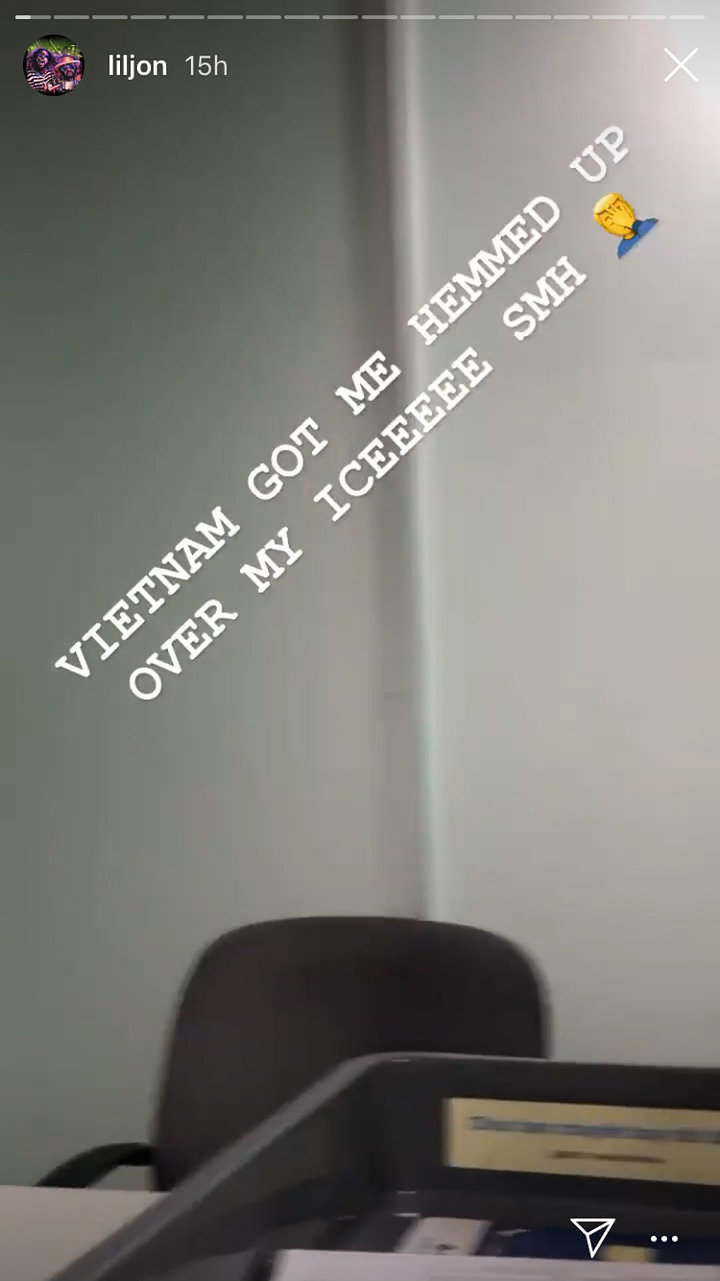 Lil Jon posted on Instagram Stories after he got detained.
See also...

He was held for questioning but was able to have his team members reach out to the U.S. Embassy for assistance, and a representative was sent to the airport to come to his rescue and clear up the matter.

Lil Jon was subsequently released with a warning, and was able to get a flight to Macau to honour another concert commitment he had lined up for this weekend.

Expressing his gratitude to authorities, he told TMZ, "It's amazin' to know that no matter where I travel in the world, if something happens... the U.S. Embassy's got their citizens' back! I'm super grateful to them".