Travis says 'love you' to his baby mama after he receives a special present from the reality TV star to congratulate him for his second annual Astroworld Festival in Houston.

AceShowbiz - Kylie Jenner gave her baby daddy Travis Scott (II) a special present recently. The rapper loved it and he took a snap of it before sharing the photo on his Instagram Story with a heartwarming note, "Love you. That I really do [love emoji]."

The 22-year-old make-up mogul sent the gift to congratulate her former boyfriend for his annual Astroworld Festival in Houston. It was bouquets of beautiful flowers in various colors. They were arranged to form letters that read, "Astroworld". 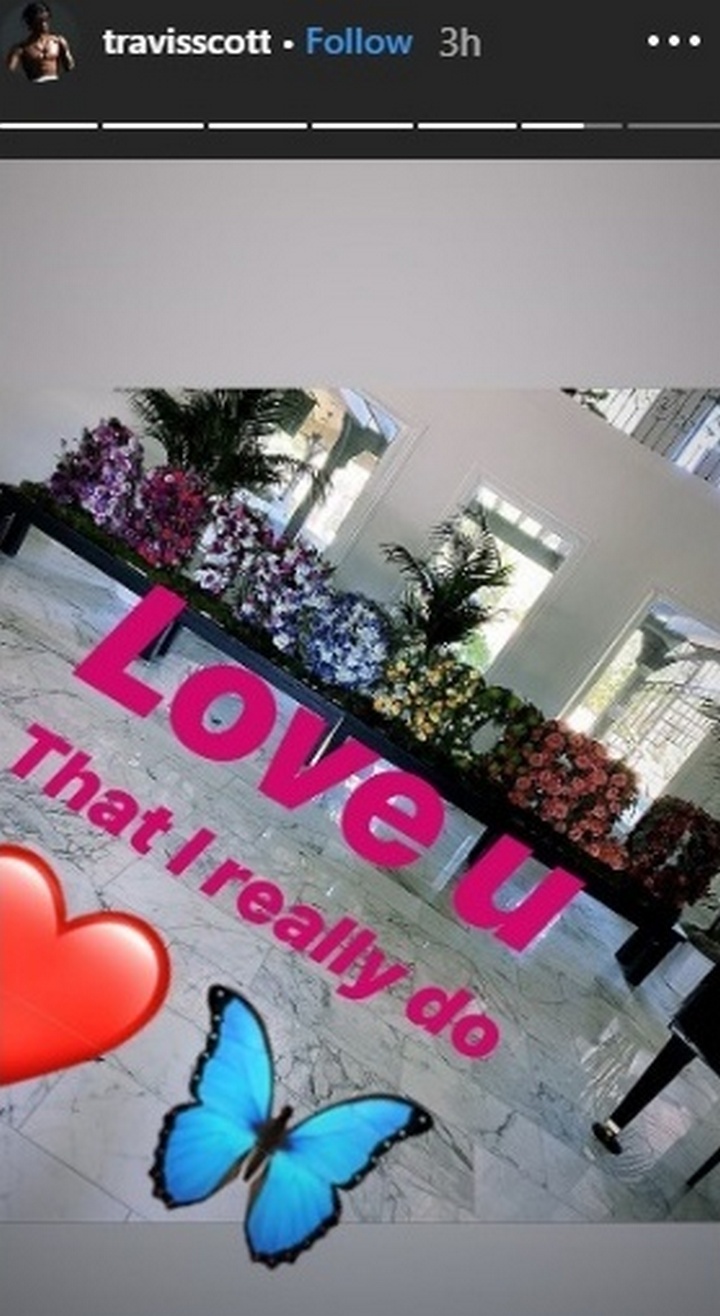 The music festival was first held last year following the release of Travis' third studio album of the same name. The likes of Marilyn Manson and Pharrell Williams are scheduled to join the rapper at this year's event this weekend in Texas.

The festivity will be kicked off with a DJ performance by one of Travis' producers, Tay Keith. The line-up includes Rosalia, Migos, Young Thug, Playboi Carti, DaBaby, Megan Thee Stallion, and Gucci Mane. Meanwhile, Travis is expected to take the stage on the last day to close the event.

The event takes place at NRG Park across the road from the city's beloved AstroWorld theme park, which the rapper loved as a kid. All 50,000 tickets were reportedly sold out even before the line-up was fully unveiled.

On Instagram, he posted a clip showing a large number of fans jumping over the fence and rushing to be the first to arrive at the site. Some fans were reportedly injured during the stampede and taken to hospital. "Da youth dem control the frequency. Everyone have fun. Ragers set tone when I come out tonight. Be safe rage hard. Ahhhhhhhhhhh," he wrote.

Kylie Jenner and Fai Khadra Cozying Up in Paris in New Pics - Are They Dating?

Kylie Jenner on Being Accused of Calling Herself 'Brown Skinned Girl': It's Photoshopped