AceShowbiz - Ellen DeGeneres and Elizabeth Banks were among the stars celebrating as the U.S. women's soccer team picked up the World Cup on Sunday, July 07.

The ladies beat the Netherlands 2-0 to claim the trophy for the fourth time after beating the host nation, France, and heavily-favoured England in the knock-out rounds of the competition, and fans back home were quick to congratulate the team on social media. 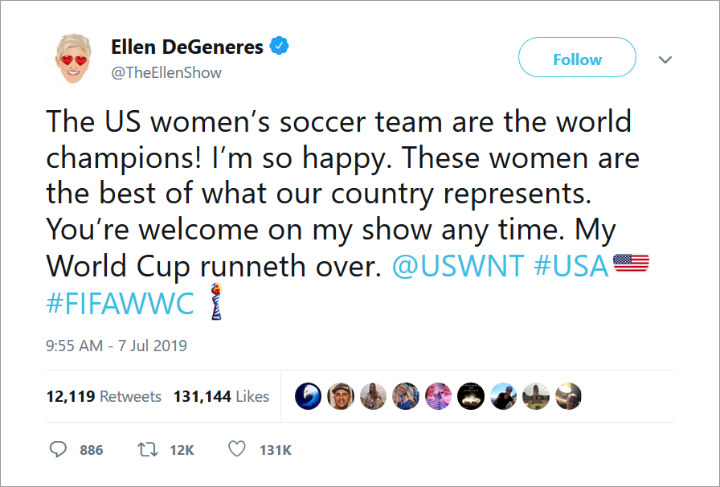 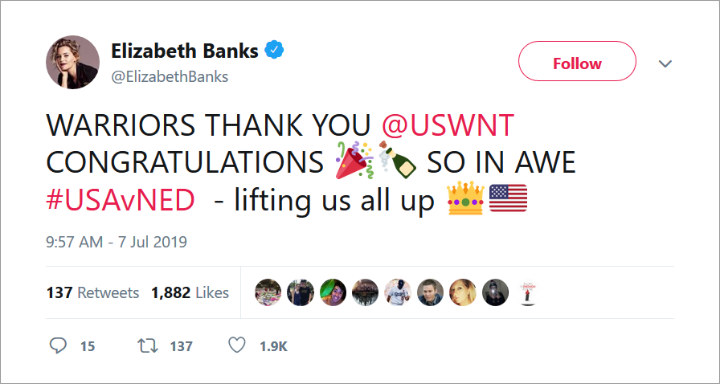 The "Finding Dory" star wrote, "The US women's soccer team are the world champions! I'm so happy. These women are the best of what our country represents. You're welcome on my show any time. My World Cup runneth over," while Banks added, "WARRIORS THANK YOU @USWNT CONGRATULATIONS SO IN AWE... lifting us all up." 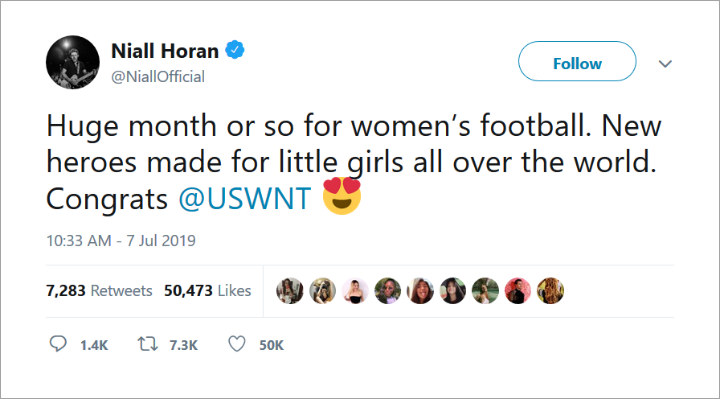 Ellen DeGeneres Is Frustrated Over 'Mean' Rumors, Source Says It Hasn't Been Easy