Several celebrities are in awe by the British model's picture, including Irina Shayk, who leaves a lot of red heart emojis, and Cassie, who dubs her a queen.

AceShowbiz - Age truly doesn't define someone's body. Even though Naomi Campbell almost reaches 50, her body is as stunning as ever. The British model caused fans frenzy when she posted on Instagram on Thursday, June 13 a daring behind-the-scene picture from her photo shoot for British Vogue magazine.

The picture was taken in a desert in Kenya, featuring Naomi stripping to her birthday suit as she posed with her back to the camera. She didn't even bother to cover her full derriere in the photo, letting her followers to get a perfect look at her booty. Showing off a little bit of her boobs, the stunner was seen looking over her left shoulder. Naomi wore her hair in braids that were pulled back into a ponytail.

"First drop of Golden Hour BTS in Kenya for @britishvogue," she wrote in the caption of the picture, which has garnered more than 400,000 likes as of now. 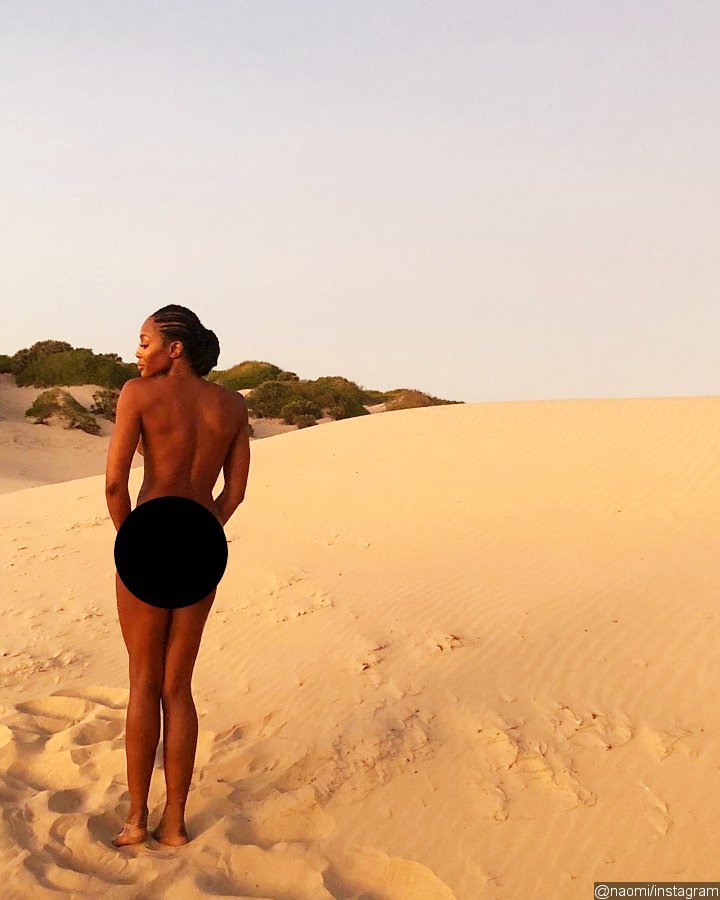 Her followers, as well as several of her celebrity friends, were in awe by the picture. Irina Shayk left a lot of red heart emojis in the comment section, while singer/producer Don Jazzy dropped a beaming face with smiling eyes emoji. Singer-songwriter Pixie Lott, meanwhile, raved over Naomi with fire and heart-eyes emojis. Erykah Badu simply wrote, "Cute as heaven," as Cassie dubbed Naomi a queen.

"Perfection does not exi... YOU ARE an INCREDIBLE ICON and always be," someone said. "This is what makes a grown man say with great Delight and Amazement : 'Holy S**t,' " another commented, adding a praying hands emoji.

In an article accompanying the photo shoot, Naomi revealed her struggle to find comfort in her own skin. "The only time I really felt comfortable was in dance classes -- then I'd just be present in my body and forget about everything else. When I started modelling, I didn't know how to pose, so I would do what I had trained to do: move as though I was performing classical ballet, or jump and leap about in front of the camera," she said.

Naomi went on saying that she started feeling comfortable after working with Steven Meisel, though "whenever I did something like lingerie pictures, I continued to feel incredibly self-conscious." She continued, "Even in my day-to-day life, if I was in the street wearing tight jeans or leggings, I'd always be sure to tie a cardigan around my waist so that I didn't feel exposed."

Fans Poke Fun at 'Spider-Man: Far From Home' Poster for Being So Lame