Fans Poke Fun at 'Spider-Man: Far From Home' Poster for Being So Lame

The IMAX poster for the upcoming Marvel superhero movie is blasted online for looking like the work of someone with basic Photoshop skills, prompting others to create their own takes on the promo image.

AceShowbiz - Following the huge success of "Avengers: Endgame", Marvel has a reason to be confident that "Spider-Man: Far From Home" will follow in the footsteps. That's probably why the studio makes a little less effort to promote the movie by recently releasing a not-so-attractive IMAX poster.

The poster boasts the big stars, including Tom Holland (Spider-Man), Samuel L. Jackson (Nick Fury) and Jake Gyllenhaal (Mysterio), with their images looking like being cut out and put together without interesting edits. That makes the one-sheet look like the work of someone with basic Photoshop skills.

Needless to say, fans expected more than this. Thus, they have since mocked the poster by sharing their own versions of "Far From Home" poster with their limited editing skills, which they believe are not too far from what's shown by the designer of the original artwork. 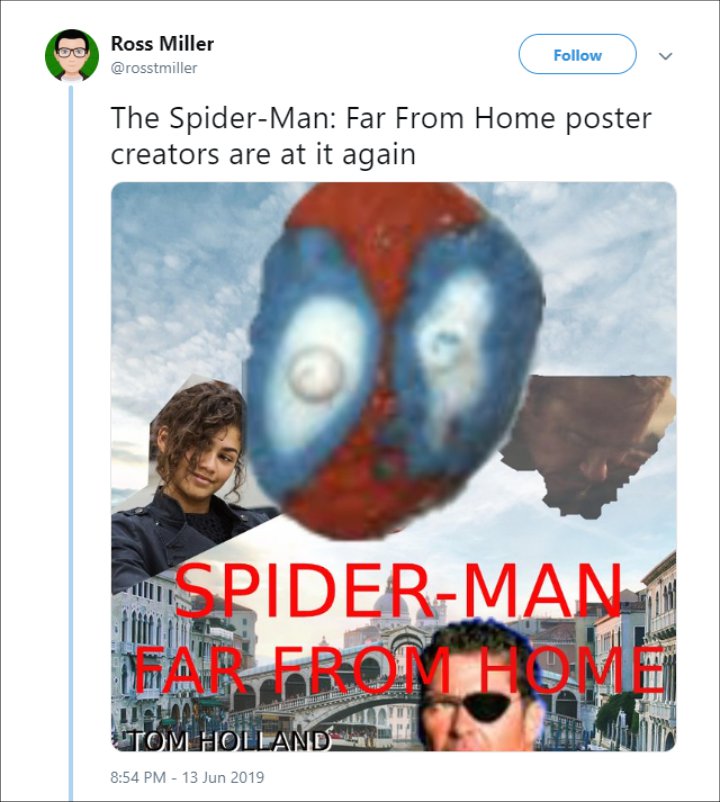 One critic went as far as telling Disney to fire the person who made the poster. "WHO THE HELL IS MAKING THE SPIDER-MAN MOVIE POSTERS?!? FIRE THEM!!!" the said Twitter user wrote.

Another cynically posted, "Sony's Spider-Man Far From Home posters just keep getting better wow," along with her own take on the poster. 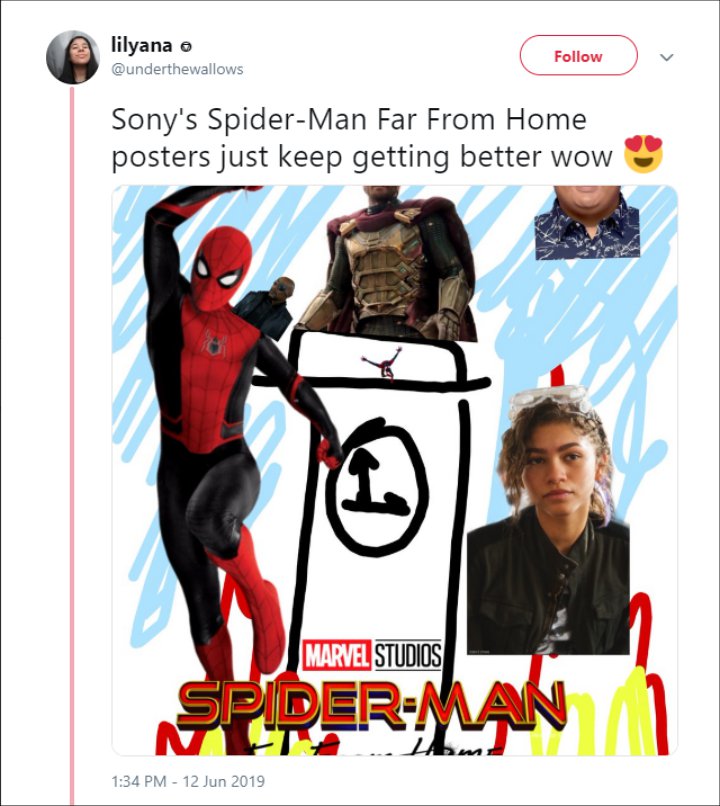 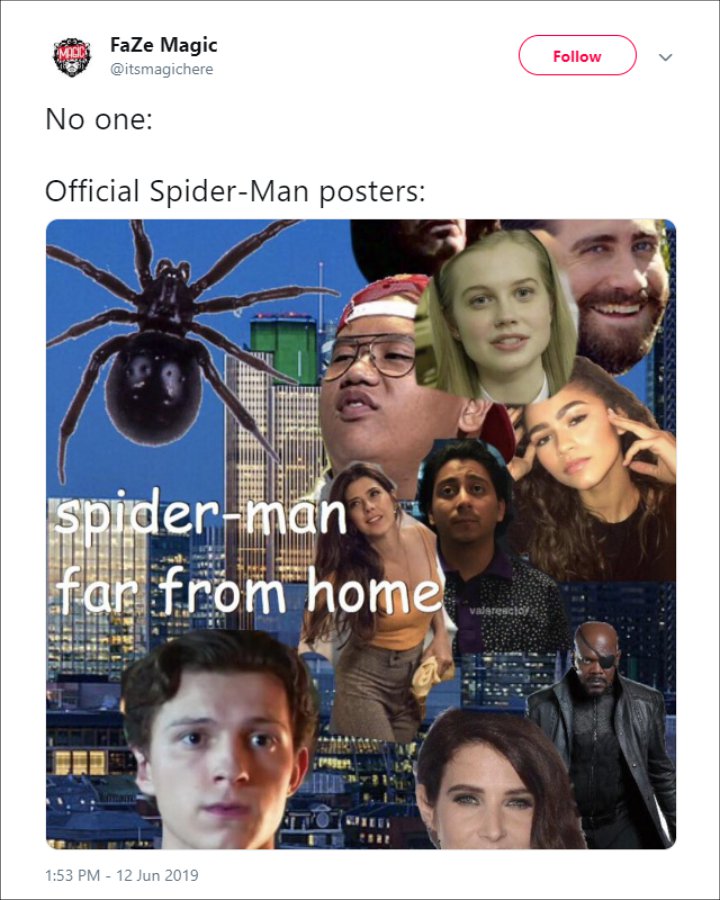 One other even reimagined the said poster with less-than-adequate scribbles. 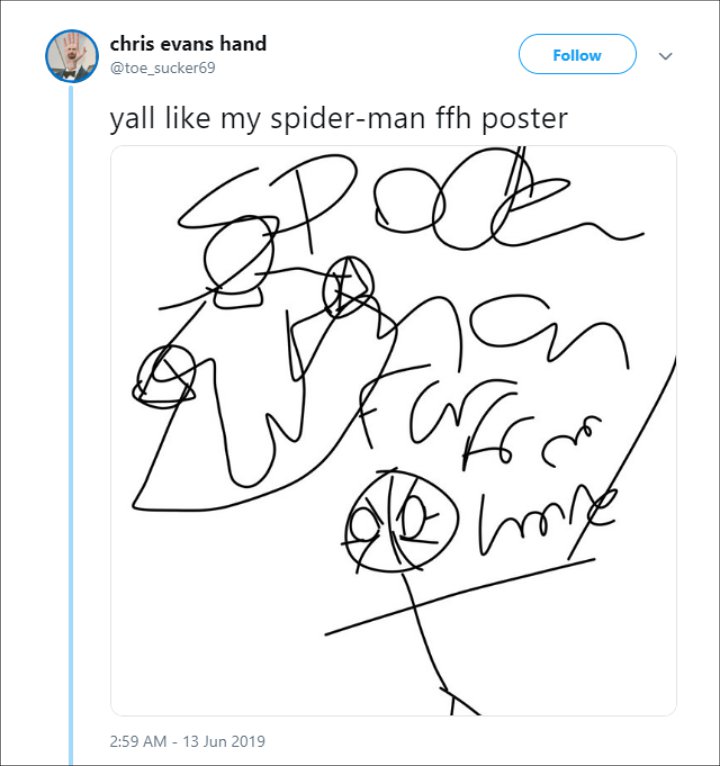 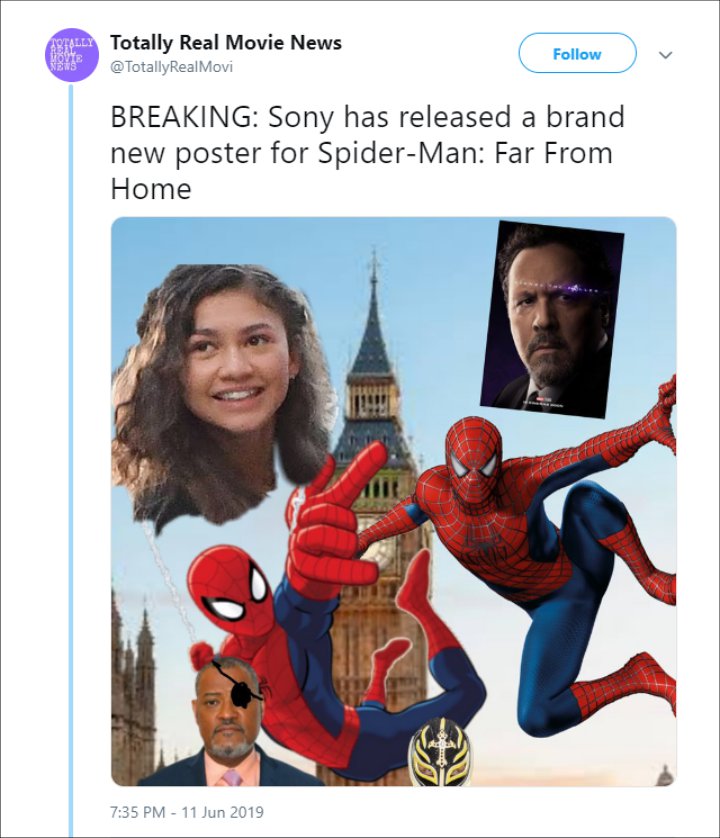 Marvel and Disney have not responded to the backlash. The studios, however, have no reason to worry that the IMAX poster will kill people's interest in watching the movie as "Spider-Man: Far From Home" has been predicted to open to $154 million during its extended holiday weekend. The Jon Watts-directed movie will arrive on July 2, taking benefits of the July 4th holiday week, giving it a 6-day frame in its first week.

The "Spider-Man: Homecoming" sequel follows our friendly neighborhood Super Hero as he decides to join his best friends Ned (Jacob Batalon), MJ (Zendaya Coleman), and the rest of the gang on a European vacation. However, Peter's plan to leave super heroics behind for a few weeks are quickly scrapped when he begrudgingly agrees to help Nick Fury uncover the mystery of several elemental creature attacks, creating havoc across the continent! 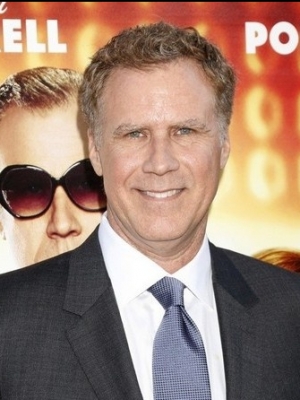