In one of the videos that she shares through Instagram Stories, the singer fiancee of David Foster can be seen being lifted off the floor by a stripper who is dressed as a firefighter.

AceShowbiz - Katharine McPhee was surprised with a wild backstage bachelorette party on Saturday, May 04 ahead of her wedding to David Foster.

The 35-year-old actress-singer, who is starring in West End musical "Waitress", had just come off stage and was still dressed in her costume when she discovered that her friends and co-stars had planned a raucous night out in London.

"Casually walked off stage to this," Katharine wrote along with the cheeky hashtag, #katchelorette, alongside a series of snaps from the bash, including her proudly wearing a 'bride to be' sash. 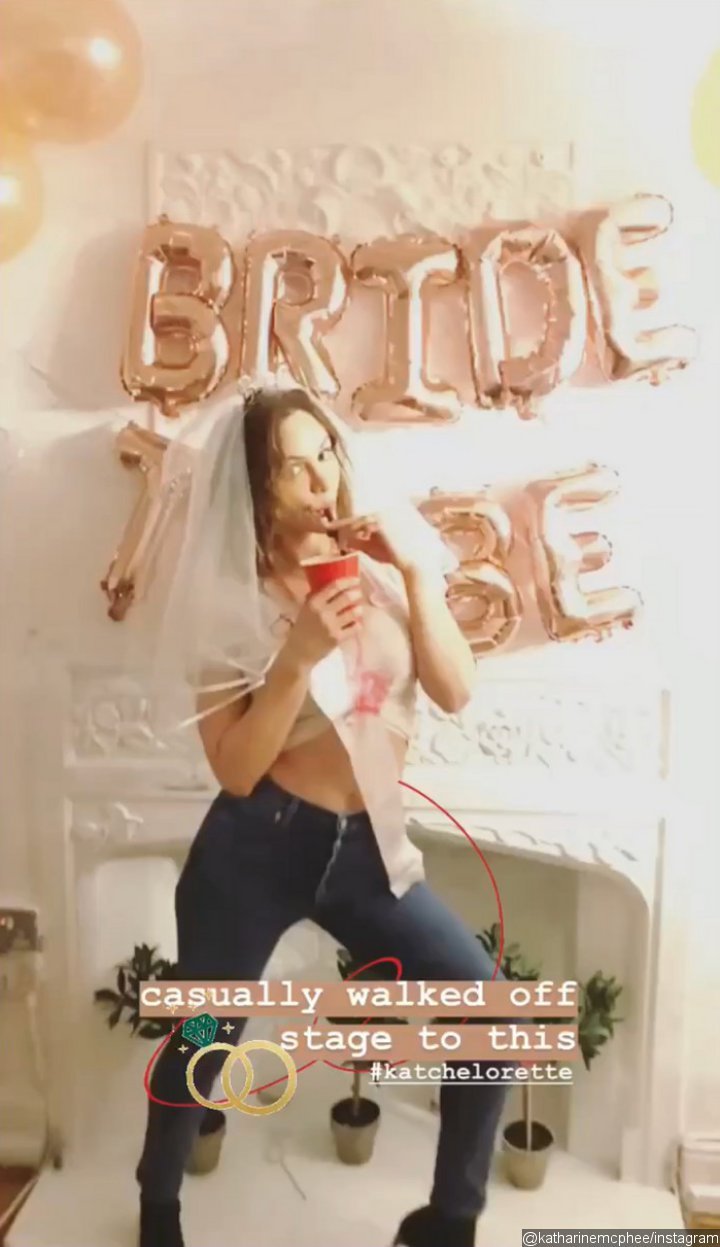 Katharine McPhee shared on Instagram Stories a photo of herself during the bash.

"The future is happy and bright," she captioned the selfie.

And in videos shared on her Instagram Story, she was seen screaming after being further surprised by a stripper dressed as a firefighter. "#KATCHELORETTE is wild," she joked.

In another clip, the "firefighter" could be seen lifting the bride-to-be off the floor and hoisting her over his shoulder.

Music producer David, 69, and Katharine got engaged in Italy last July (2018) after embarking on a secret romance in September 2017.

"He did it at the top of this mountain in Anacapri. Totally dark, only stars. Thankfully he didn't push me off the cliff. He said it was one or the other. And in the end he spared me," the "Smash" star joked of the proposal at the time.

Katharine – who split from her first husband, actor Nick Cokas, in 2014 after six years of marriage – first met David in 2006 when he mentored her and other contestants on the fifth season of U.S. TV talent show "American Idol".

Kylie Minogue Refuses to Regret Not Having Children of Her Own