The 'Hidden Figures' star will team up with Cynthia Erivo in the Kasi Lemmons-directed movie, and lends her voice to the animated movie about the residents of Uglyville.

The "Hidden Figures" star will team up with Cynthia Erivo, who will play the revered abolitionist in Harriet, which follows the African-American icon's escape from slavery in 1849 and her subsequent missions to rescue dozens of slaves.

Kasi Lemmons of "Eve's Bayou" fame will direct from a screenplay she co-wrote with Gregory Allen Howard, alongside Oscar-winning cinematographer John Toll, who has worked on movie epics Legends of the "Fall" and "Braveheart".

A release date has yet to be confirmed.

Meanwhile, Monae will also be seen and heard in "UglyDolls", which is based on the popular plush toys created by David Horvath and Sun-Min Kim.

The movie will centre on the residents of Uglyville, who have to confront body image issues as they learn to love themselves.

The children's project, designed to launch a new film franchise, is set to hit theatres in May, 2019.

Janelle, who also appeared in Oscar-winning movie "Moonlight", will next be seen on the big screen opposite Steve Carell in new movie "Welcome to Marwen".

Michael B. Jordan Sees 'Black Panther' as Stepping Ladder to Be Hollywood Mogul

UglyDolls Challenge the Standard of 'Perfection' in New Trailer

Emma Roberts to Get Ugly With 'UglyDolls' Casting

Nick Jonas to Lend His Voice to 'Uglydolls' Movie 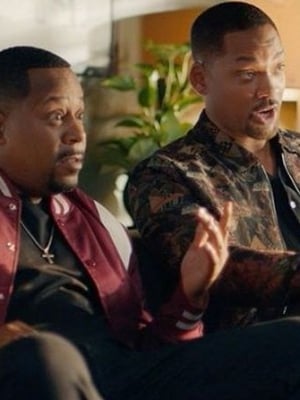