Blunt glams up in a black tube dress with green details on the front, while Segel suits up for the opening night of the 2012 Tribeca Film Festival in New York City.

AceShowbiz - As scheduled, Nicholas Stoller's romantic comedy "The Five-Year Engagement" has kicked off the 2012 Tribeca Film Festival in New York City on Wednesday night, April 18. Taking place at the Ziegfeld Theater, the film was premiered to a star-studded event. Stealing the spotlight on the red carpet were lead actors Emily Blunt and Jason Segel.

Blunt glammed up in a Jason Wu strapless black dress with forest green embroidery details on the front. She finished off her gorgeous look with green earrings and matching heels. Segel, meanwhile, sported well-trimmed beard while oozing masculinity in a black suit that he paired with a tieless white shirt.

Among the celebrity guests supporting the special screening event were Robert De Niro and Olivia Wilde. The former looked casual in denims and a blue blazer as he arrived with wife Grace Hightower, who kept it simple in a sleeveless red dress. The latter, meanwhile, oozed her fashionista persona by donning a leopard print maxi dress.

Also spotted on the red carpet were Camilla Belle who rocked a skin-tight silver dress, Alison Brie who wore a chic white halter dress, Leelee Sobieski who glammed up in a split-to-the-thigh black gown, and Julia Louis-Dreyfus who opted for patterned mini dress. Kim Cattrall and Dakota Johnson were each looked simple in a blazer.

"Five-Year Engagement" focuses on an engaged couple who keeps getting tripped up on the long walk down the aisle. In addition to taking on the directing duty, Stoller pens the script and co-produces the movie along with Judd Apatow and Rodney Rothman. Universal Pictures will release the film in theaters across the U.S. on April 27. 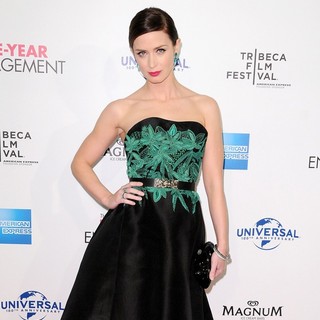 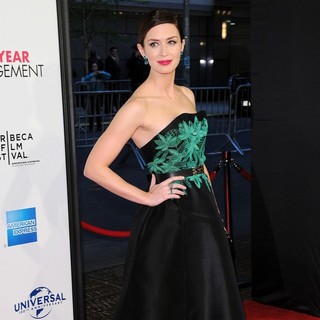 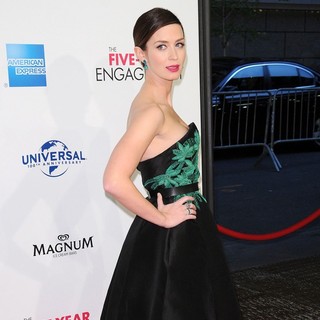 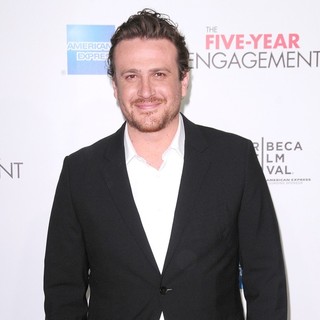 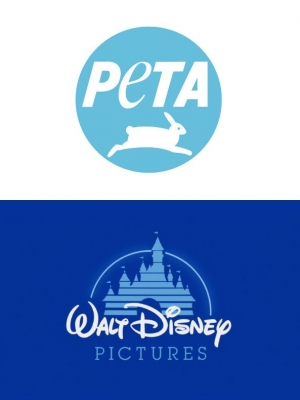